The Nintendo Switch is So Good, This Dad Bought Two of Them 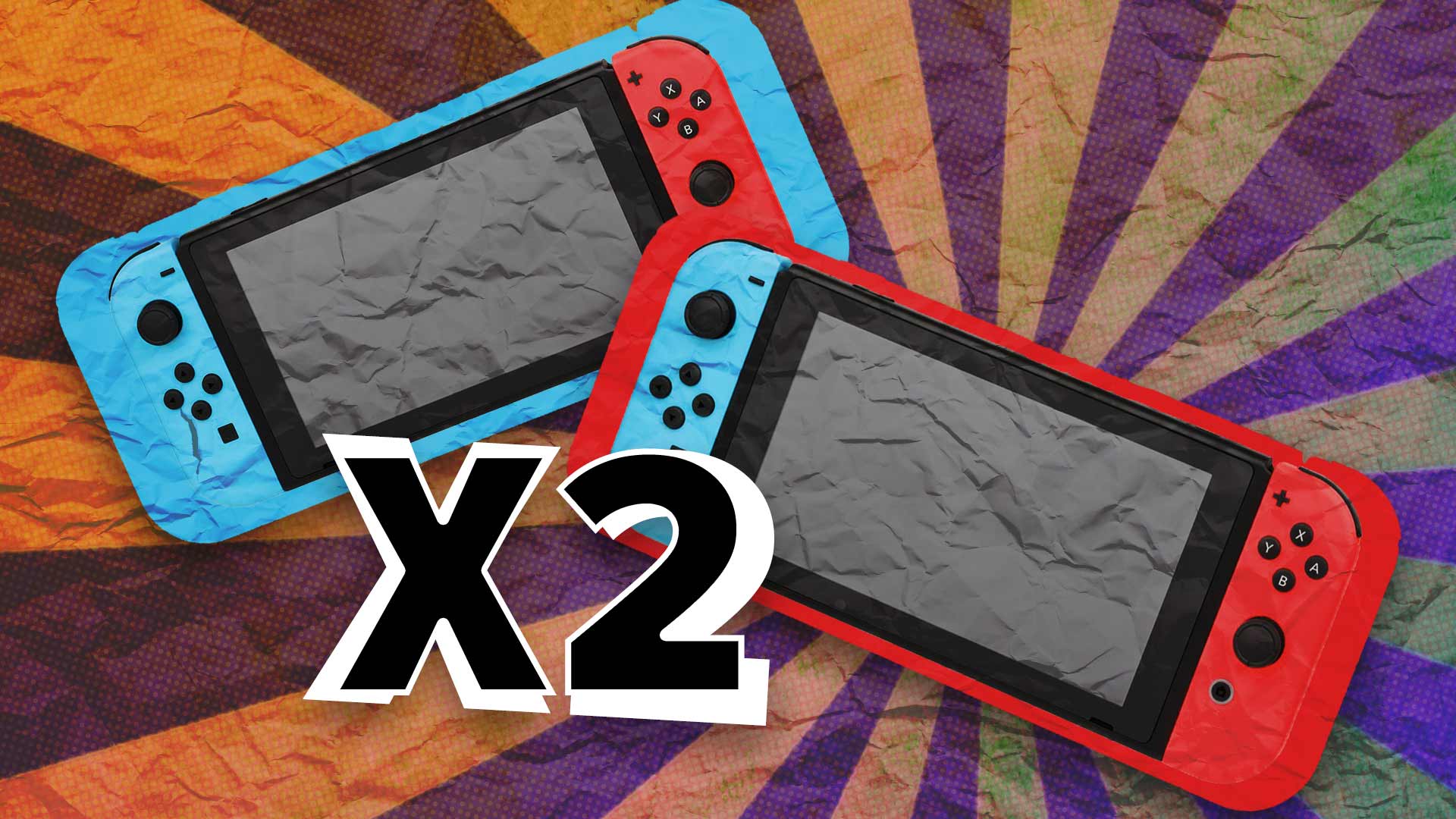 I have a problem. My kid just beat me at Mario Kart and Arms on the Nintendo Switch. Again. Did I mention that he's five? Clearly, I’m doing an awesome job as a dad.

Since I grew up in the '70s and '80s, my life has been a virtual gaming museum. You name it, I’ve probably played it. I made it my mission to responsibly raise a kid who respects how to hurl fireballs and enjoy the great outdoors. This is what I get.

The Nintendo Switch, a hybrid game console that works as a handheld tablet and as a plug-and-play TV game console, is my favorite game machine right now. It's always in my bag or connected to my TV. The beauty of the platform is that it's perfect for a dad attempting to show his kid the world and sneak in a Mario or Zelda fix while you're on the road. The problem is that DJ is just too good a student.

It all came to a head on a long plane flight for our last vacation. Hoping to get a little solo gaming time in, I loaded up an iPad with kid-friendly movies and games for him. But the second that he sees me firing up DragonQuest Builders, I start getting the stinkeye. How dare I play on my Nintendo Switch while he’s tapping away at a plain old iPad?

It was a High Plains Drifter moment. We look each other in the eye. He grabs for one side of the Switch. I grab for the other. Just then, the flight attendant comes over and asks what we want to drink, sees this unfolding drama and slowly backs away. But it's already too late. I'm distracted for a moment and DJ grabs the Switch and sticks the iPad in front of me.

But it all worked out in the end. For the rest of the flight, we tossed the Switch back and forth because we both wanted to play DragonQuest Builders. I’d help him fight some boss monsters and together, we’d design the towns, tunnels and random houses we wanted to create.

As we got off the plane and headed for home, I realized we had a new family crisis on our hands. I have a Switch that I use. A lot. DJ is gonna want to play more as time goes on. So I did what any reasonably nerdy gamer dad would do: I bought a second Nintendo Switch for the house. Yes, it's another $299 investment, but that's still less than most of the other living room game consoles, and even less than the cheapest iPad.

I got my Switch back and DJ gets to play the games he wants -- when he earns his screen time. There’s even a great child-monitoring function built into the Switch with an app you can download for iOS or Android.

But there's one caveat for any parent thinking of following in my footsteps. By default, game saves are tied to the individual Switch console you're playing on, even if your machine is connected to the internet. Other game consoles like the Xbox One and PlayStation 4 make it easy to save games to the "cloud," so you can pick up where you were from any console.

After offering no solution for a long time, there's now an officially sanctioned way to transfer games and saves from one Switch to another, but it's complex and takes some effort to do. If you're interested in figuring it out, Nintendo has instructions here. Otherwise, if you cruised all the way through Lego City Undercover or unlocked new levels in Super Mario Odyssey? You’ve gotta do it all over again. But is that really the worst thing in the world? We’ll survive. I mean, really, tell a kid, “Sorry, you’re gonna have to play that level all over again to unlock stuff.” Real torture, I know.