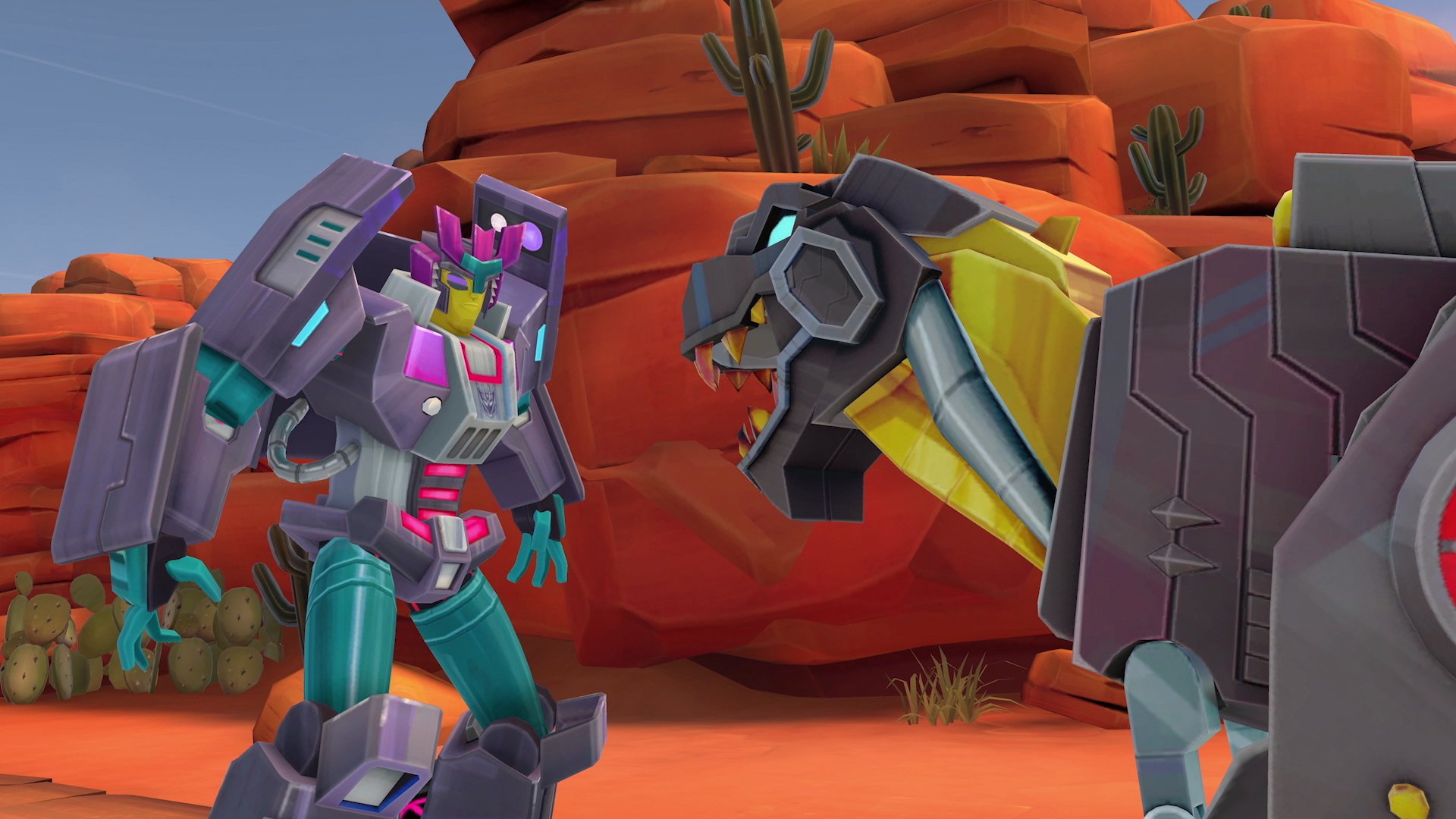 Transformers Battlegrounds is a turn-based, tactical strategy game that challenges players to help Bumblebee and the Autobots defeat the Decepticons by completing an original story.

The game features a single-player Mission (story) mode, as well as an Arcade mode for one or two players in the same room.

Similar to a game like XCOM 2, in each mission or game of Transformers Battlegrounds, players will be able to choose which actions their Autobots take on each turn. Players can move their units around the battlefield to take cover or get closer to an enemy, tell them to attack with a ranged or melee attack, and so on.

Each unit has a limited number of action points (AP) that can be spent on each turn, and different actions require different amounts of AP. As an example, moving a short distance across the battlefield may only require one AP, but the farther you move, the more AP you’ll spend.

While players begin the story mode with only Bumblebee on their team, they’ll eventually unlock extra Autobots to command during missions. Each Autobot has different skills and abilities, and players will need to use strategic thinking to decide which actions they should take to defeat all of the enemies or complete their current objective.

In addition to completing story levels in the game’s Mission mode, the Arcade mode allows you to complete standalone games with a variety of themes: Capture the Flag, Decepticon Grudge Match, Energon Capture, Last Stand, and Destruction.

Transformers Battlegrounds is now available for $39.99 on Switch, PlayStation 4, Xbox One, and PC. The game is rated E10+ for Everyone 10+ by the ESRB.

Check out 13 minutes of Transformers Battlegrounds gameplay in our video below.