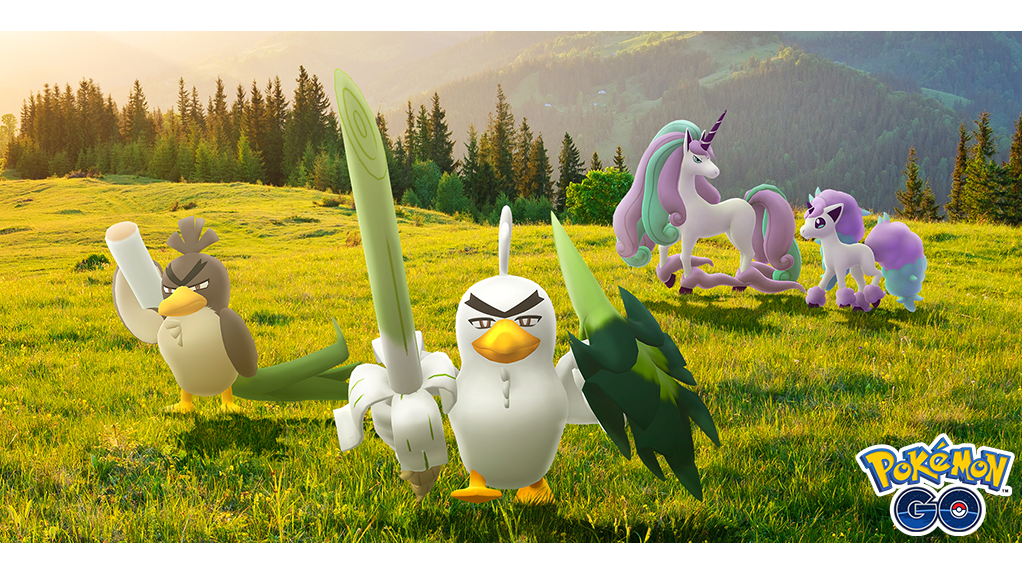 To celebrate the launch of The Crown Tundra expansion for Pokemon Sword and Pokemon Shield, trainers now have the chance to capture Galarian Farfetch’d and Galarian Ponyta in Pokemon Go.

While Galarian Farfetch’d was previously available in Pokemon Go following the release of The Isle of Armor expansion for Sword and Shield, for this second release, it can finally be evolved into Sirfetch’d. (Galarian Ponyta can also be evolved into Galarian Rapidash.)

While Galarian Farfetch’d and Galarian Ponyta will only be around in the wild and in Raids (respectively) for a very limited amount of time, both will have the chance to hatch from 7 km Eggs after this event ends. And, both will retain their abilities to be evolved.

Finally, as part of this event, free avatar clothing items have been added to the game’s Style menu, which allow you to dress up your Pokemon Go avatar in the same outfit worn by characters in The Crown Tundra expansion.

Are you excited about this event in Pokemon Go? Let us know on Twitter at @superparenthq.