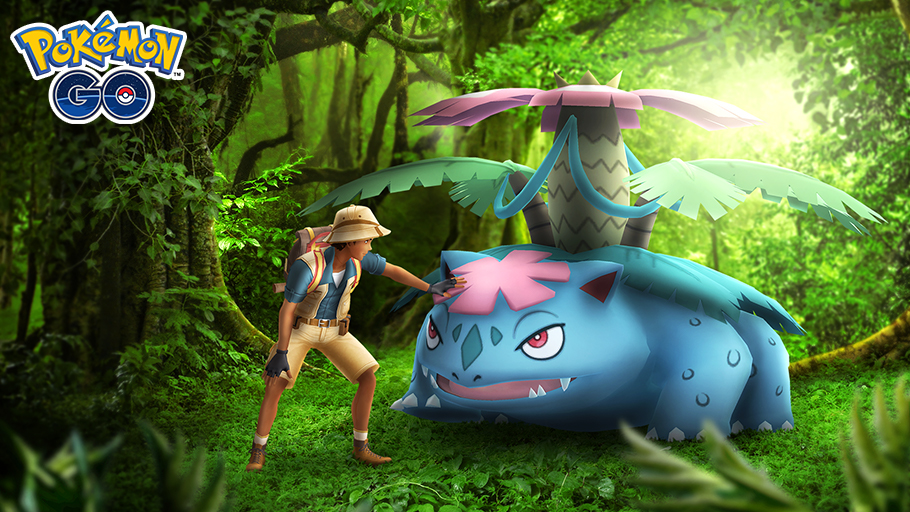 Back in August, Pokemon Go was updated with a major Mega Evolution feature, which allows trainers to temporarily evolve certain Pokemon beyond their final evolution to make them stronger.

In order to Mega Evolve a Pokemon, players need to collect special Mega Energy for that species. One of the ways players can collect Mega Energy is by completing Mega Raids against Mega Pokemon.

Mega Venusaur is one of only a few Pokemon that have been featured in Mega Raids since the debut of the Mega Evolution feature. If you’ve yet to take on this powerful pocket monster in Mega Raids, you may want to do so quickly, since it’s about to be removed from the Mega Raid lineup.

On October 23 at 6 p.m. PT (the start time for the game’s 2020 Halloween event), Mega Gengar will be added to Mega Raids and Mega Venusaur will be removed.

From now until October 23 at 6 p.m. PT, Mega Venusaur will appear more frequently than normal in Mega Raids, giving you the chance to stock up on extra Venusaur Mega Energy before the pocket monster leaves Raids.

Speaking of November, a series of changes will be made to the overall Mega Evolution feature next month. Once these updates launch, Niantic said trainers will be able to do four new things:

What do you think about these changes to Mega Raids in Pokemon Go? Let us know on Twitter at @superparenthq.