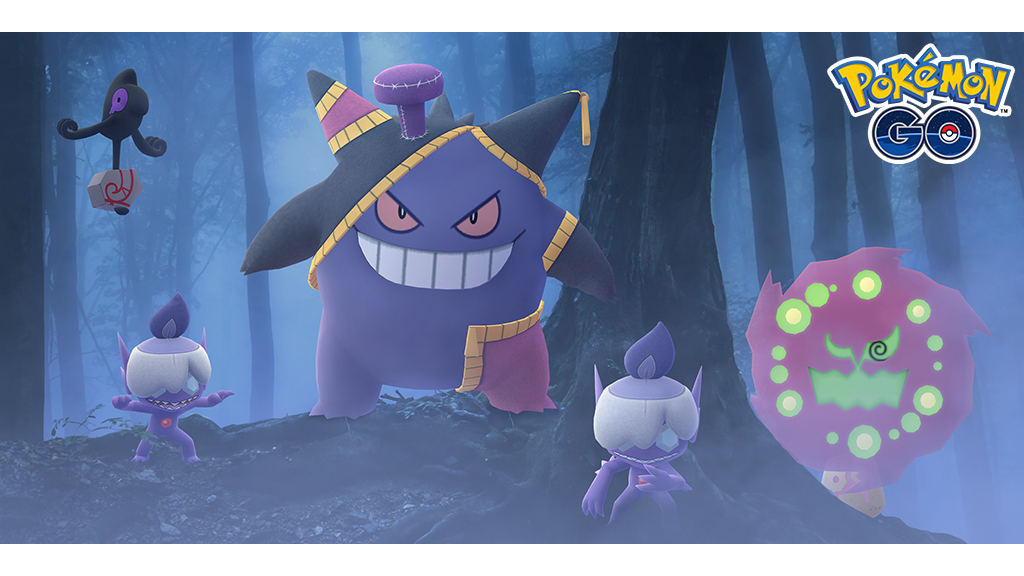 Halloween is almost here, and Pokemon Go is getting ready to celebrate in a big way!

During this time, Ghost-type Pokemon will appear more frequently than normal in the wild and will be featured in Raids. Plus, they’ll be more likely to hatch from Eggs that are collected during this event.

Galarian Yamask will also make its Pokemon Go debut during this Halloween event. Players will be able to complete a new series of Special Research tasks called “A Spooky Message Unmasked,” which will feature this new Pokemon.

Elsewhere, Darkrai will appear in Tier-5 Raids during this Halloween event, and a variety of Halloween-themed Field Research tasks will also be available to complete. Plus, new avatar items will be added to the in-game store (a Pikachu Mask, Gengar Onesie, Sableye Goggles, Sableye Mask, Banette Mask, and Spooky Pose), along with three premium item bundles (the Creepy Crate, Boo Bundle, and Pumpkin Pack).

Finally, you’ll earn two times the normal amount of Candy for each Pokemon you capture and transfer during this Halloween event. And, in a news post, Pokemon Go developer, Niantic, encouraged players to take Snapshots during this event to receive “some spooky surprises!”

As if all of this wasn’t enough, a special Alolan Marowak Raid Day will be held on October 31 from 11 a.m. to 5 p.m. local time. During this event, Alolan Marowak will appear more frequently than normal in Raids.

Are you excited about this year’s Halloween event in Pokemon Go? Let us know on Twitter at @superparenthq.