Kingdom Hearts Melody of Memory: Try the Game for Free Before You Buy It 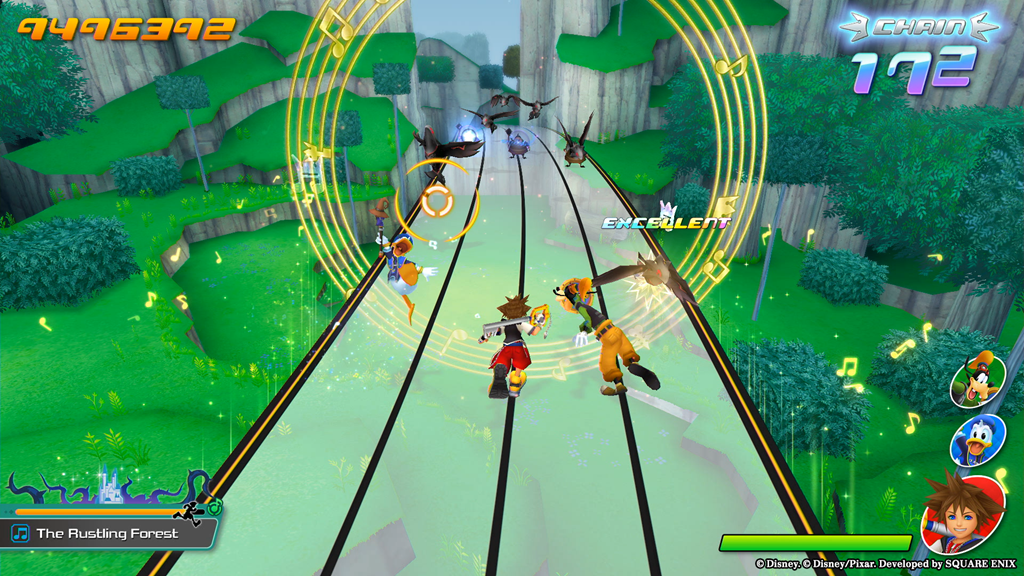 While the game is scheduled to be released on November 13, fans can try it now for free by downloading the game’s demo on Switch, PlayStation 4, or Xbox One.

The full game will include more than 140 songs pulled from the entire Kingdom Hearts series, as well as multiple playable characters. In the game’s demo, you can complete six different tracks with the team of Sora, Donald Duck, and Goofy (this includes a tutorial level).

In each level, you’re challenged to press the correct buttons in time with the music to attack enemies, dodge enemy attacks, trigger abilities, and more. You’ll earn points for each action you successfully complete, but you’ll lose some health each time you miss. Your goal is to reach the end of each stage with some health remaining.

The game also features multiple difficulty levels, so you can tweak the experience to suit your preferences.

Kingdom Hearts Melody of Memory will launch on Switch, PlayStation 4, and Xbox One on November 13. The game is rated E10+ for Everyone 10+ by the ESRB.

Did your family try the Kingdom Hearts Melody of Memory demo? What did you think of it? Let us know on Twitter at @superparenthq.