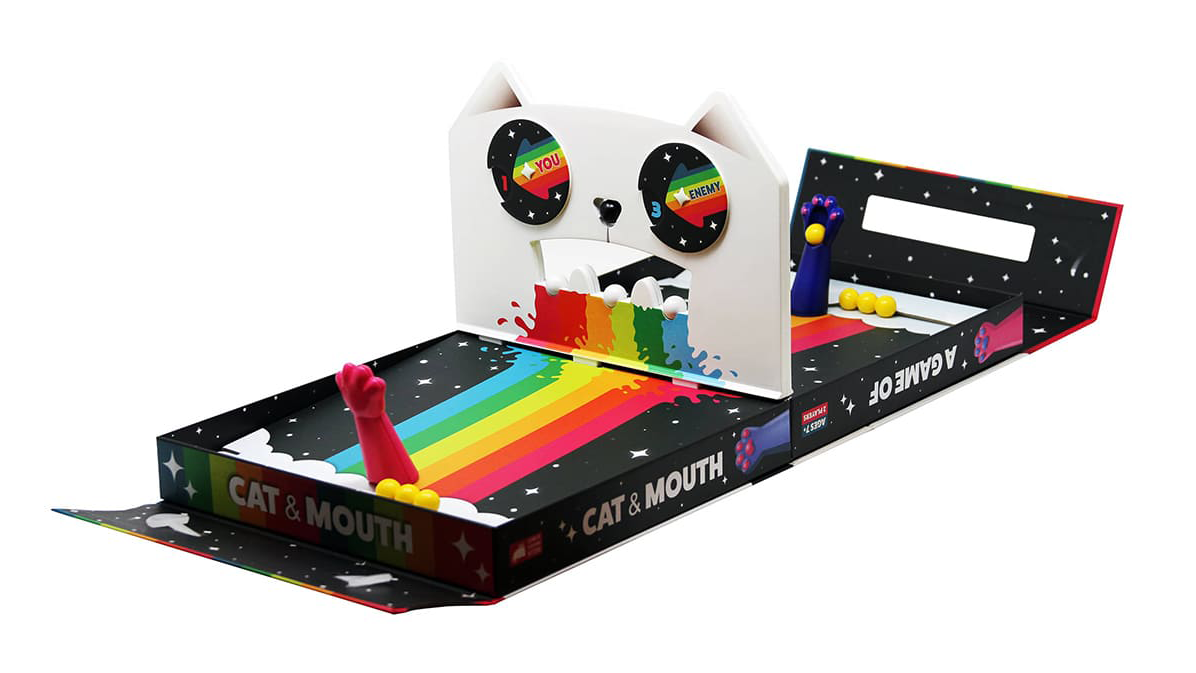 Exploding Kittens, the creator of the popular card game of the same name, has launched its newest tabletop game: A Game of Cat & Mouth.

Made for two players aged 7+, A Game of Cat & Mouth challenges players to use magnetic cat paws to fling small colorful balls at a divider shaped like a cat’s head that rests in the center of the board.

Since the cat paws are magnetic, the game doesn’t require batteries. Once you place the cat paw on the magnet on the board, you can tilt the paw backwards like a slingshot to shoot a ball. Afterwards, the magnet will automatically draw the paw back to the starting position so you can repeat the process. In addition, the box itself is the game board, so there’s very little setup.

Finally, while the game is designed for two players, families can use a tournament builder tool on the Cat & Mouth website to create tournaments supporting more people.

A Game of Cat & Mouth is now available exclusively at Target and on the Exploding Kittens website for $24.99.