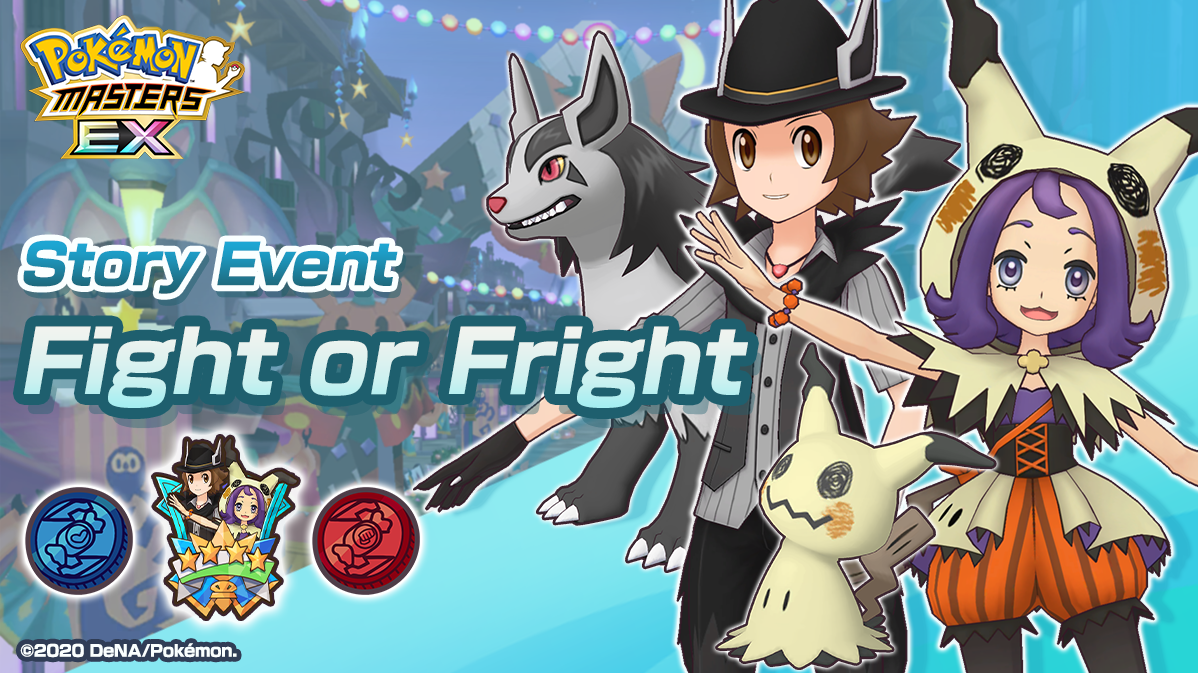 Halloween is almost here, and Pokemon Masters EX is celebrating with a spooky new content update.

From now until November 1 at 9:59 p.m. PT, trainers who have completed at least Chapter 1 of the game’s main story can complete a new Story Event called Fight or Fright, which features Acerola and Hilbert dressed in Halloween-themed clothing. In this event, Acerola and Hilbert are participating in the Midnight Parade on Pasio, which will challenge them to defeat a variety of Ghost-type Pokemon in exchange for treats.

In addition to this new Story event, players can add the Sync Pairs of Acerola & Mimikyu and Hilbert & Mightyena to their collection through a Sync Pair Spotlight Scout that will also be available until Nov. 1. Both of these Sync Pairs have the ability to reach a six star EX rating.

As a reminder, Sync Pair Spotlight Scouts are the game’s “mystery boxes.” That is, they allow you to spend in-game currency on random sync pairs, but you won’t know which ones you’ll receive until you’ve actually spent the money.

Finally, if trainers login to Pokemon Masters EX each day from now until November 1, they’ll receive up to 1,000 Gems, the game’s premium currency.

Pokemon Masters EX is available to download for free on iOS and Android devices. To learn more about the game, check out our SuperParent First Look.