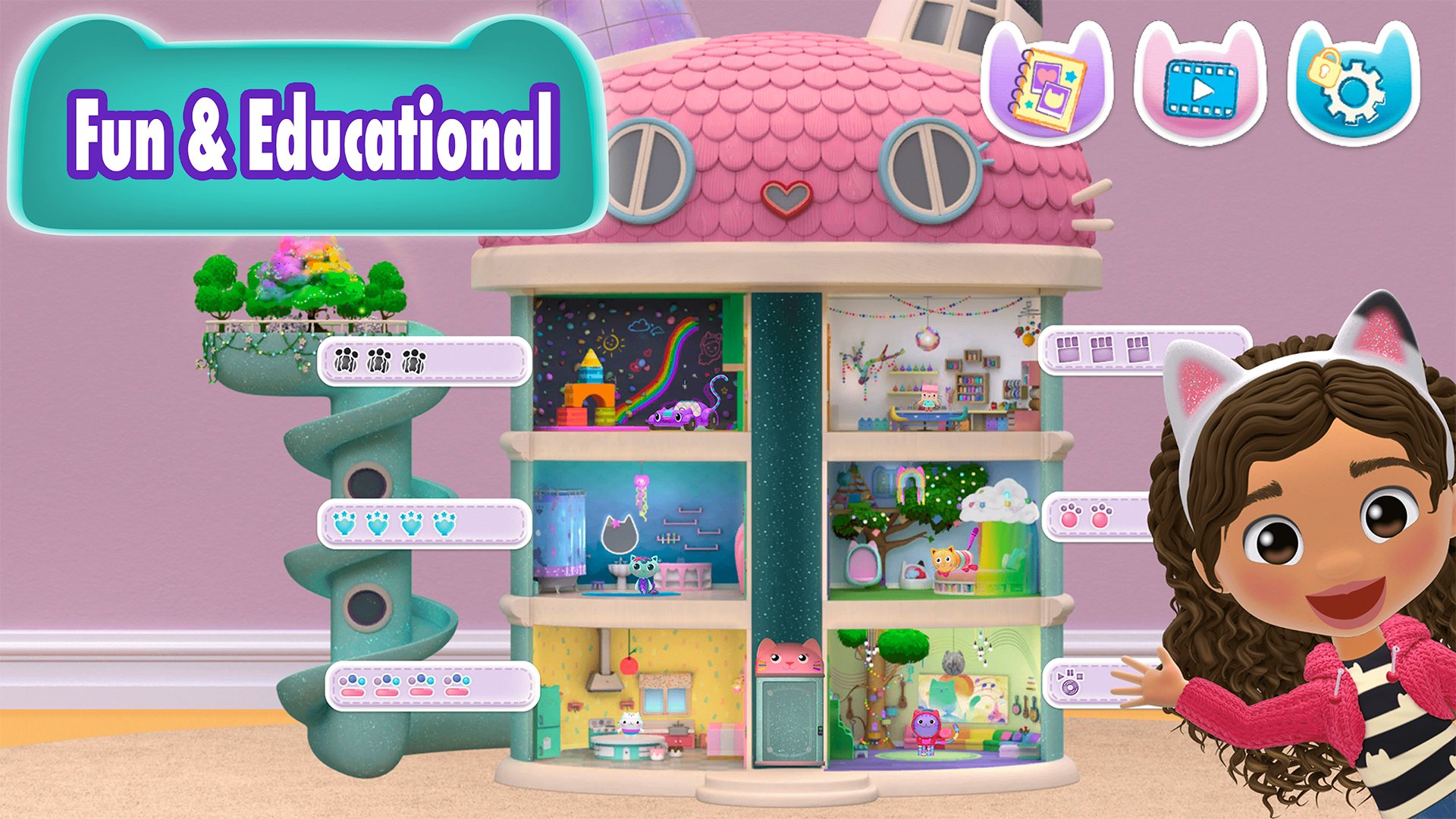 Gabby’s Dollhouse is an upcoming animated series for preschoolers from DreamWorks and Netflix that stars a young girl named Gabby, who owns a large dollhouse full of friendly cat characters. The show will debut on Netflix on November 3, but kids can already jump into Gabby’s colorful and friendly world through a free mobile app that’s also called Gabby’s Dollhouse.

The Gabby’s Dollhouse mobile app is a sandbox experience that gives littles a bunch of items to interact with, and then lets them tap on items in whatever order they’d like. Players can visit seven different rooms in Gabby’s dollhouse, like the craft room, playroom, and garden that’s attached to the side of the house.

Each of these rooms is filled with colorful, cute items that kids can drag around the screen or simply tap on to see what they do. As an example, if littles tap on the sun outside the window, the scene will turn from day to night.

There are also multiple presents to tap in each room, which guide players to a variety of mini-games and other activities. For instance, one room has a coloring activity that lets kids tap on shapes to fill them in with the color(s) of their choice, while another activity asks littles to trace their fingers across stars in the night sky to form constellations.

As kids complete these activities, they’ll unlock pictures of Gabby and her kitty friends that can be viewed later in the in-game scrapbook.

Gabby’s Dollhouse is available to download for free on iOS and Android devices. The app is rated E for Everyone.

Check out seven minutes of Gabby’s Dollhouse gameplay in our video below.