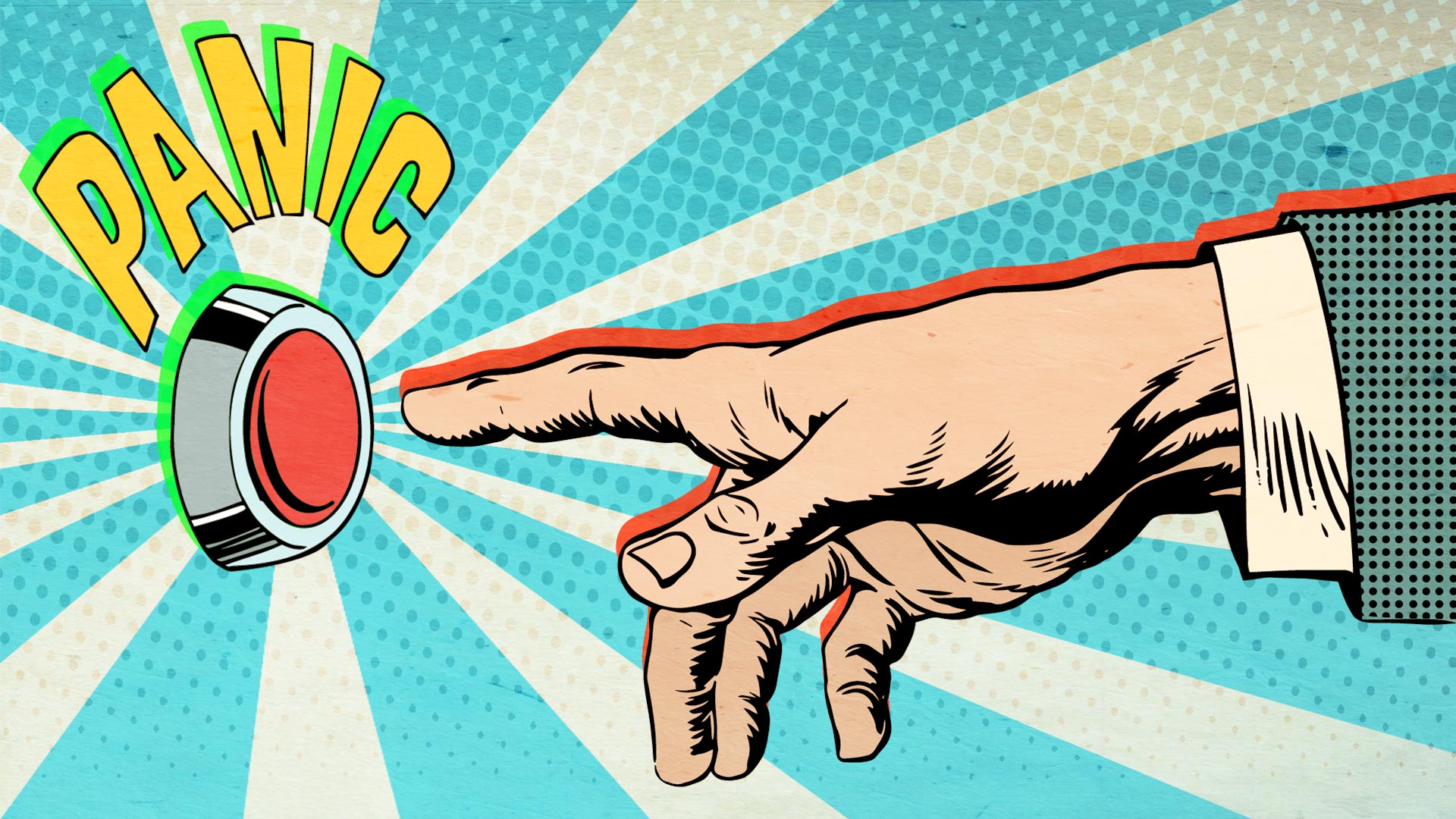 While the science certainly isn’t proven, that hasn’t stopped the media and parents groups from decrying games as a net negative for our kids.

As any gamer knows, though, this is nothing new. Parents and the press have been stoking moral panic about video games since the early days of Space Invaders. Even the most seemingly harmless arcade games were fodder for protests. Let’s take a trip back to see the games that stoked controversy in each decade.

One of the first games to inspire a significant amount of public pushback was Death Race, a primitive arcade game released by Exidy in 1976. One or two players could steer on-screen cars with a wheel controller, and the goal of the game was to run over humanoid “gremlins” to earn points, at which point they’d be replaced by hazardous tombstones. The concept of vehicular manslaughter as a game mechanic – even with primitive black & white graphics – was enough to catch the attention of a reporter for the Associated Press, who wrote an article on it in 1976.

The game went on to garner media attention for the next year, with psychologists and parents weighing in on the potential harmful impacts of video game violence. For Exidy, though, this coverage was a windfall, and sales of arcade machines increased significantly. By end of 1977, though, the Death Race controversy was old news and the company stopped manufacturing the cabinets.

Parents have bemoaned their children being seduced by the lure of arcade games since the 1940s, when New York mayor Fiorello LaGuardia ordered the police to round up over 2,000 pinball machines and he had the newspapers take pictures of himself smashing them with a sledgehammer. The Big Apple was home to one of the first major video game panics in the 1980s, when a handful of video parlors sprung up in Times Square.

Parents started to get upset about the time and money kids were spending at arcades. Anecdotal stories of rises in crime and gang activity dogged arcades, and C. Everett Koop, Ronald Reagan’s Surgeon General, proclaimed to the press that kids were becoming addicted to arcade games “body and soul.” The city of New York began to shut arcades down,

Arcade bans weren’t limited to New York. The city of Mesquite, Texas passed a law prohibiting minors under 17 from going to the Aladdin’s Castle video arcade without a parent. Other towns used noise ordinances or obscure laws against coin-operated machines to prevent arcades from opening or run them out of business.

By 1983, a combination of closing arcades and overproduction led to the industry’s first major crash, driving several companies out of business. The arcade industry wouldn’t rebound until nearly a decade later, but that would bring its own challenges.

As technology improved, video games crept closer and closer to realism, with some shocking effects. One of the first games to really push this boundary was 1992’s Mortal Kombat, developed for the arcades by Ed Boon and John Tobias at Midway. The characters in this one-on-one fighting game were real actors who were photographed and digitized to lend the action a veneer of bloody brutality. Throw in gory special effects and “fatalities” in which players could rip each other in half and decapitate them and parents were less than pleased.

By 1994, Mortal Kombat was such a big deal that a Congressional hearing on video game violence was convened. Some lawmakers were advocating for government regulation of the industry, which would be a serious challenge to the First Amendment. In the end, game developers and publishers founded the Entertainment Software Rating Board, an independent group that reviews and rates games much like movies.

Family-friendly Nintendo got out ahead of the bad press and insisted that Midway change the color of the game’s blood sprays from red to white, so now when your character got punched in the face a splash of sweat would spritz out. Sega, however, released the game uncensored with a MA-13 rating and profited, with millions of users choosing their version over Nintendo’s sanitized Kombat.

At the same time that Mortal Kombat was making money for Sega, they had their own controversy. Night Trap was an “interactive movie” about a house full of teenage girls being stalked by vampiric killers. Using grainy full-motion video, it wasn’t any more shocking than a late night cable B movie. Night Trap featured not a speck of nudity or extreme violence, but the sleazy atmosphere of the game – which had you “peeping” through hidden security cameras – was enough to generate controversy.

Night Trap was the other title heavily scrutinized during the Congressional hearings, but it didn’t reach as big an audience. This was mostly due to the Sega CD hardware’s high cost and low market penetration. Ironically, in an effort to distance himself from the game, then-Nintendo CEO Howard Lincoln proclaimed that Night Trap would never appear on a Nintendo system because it didn’t “meet their guidelines.” A 25th anniversary version of the game will be released this summer… on the Nintendo Switch.

The massacre of 13 high school students in Littleton, Colorado left parents scratching their heads at what could have influenced two relatively normal, if unpopular, teens to plant bombs and gun down their classmates. It didn’t take long for video games to find their way into the crossfire. Eric Harris and Dylan Klebold had bonded over first-person shooter Doom, with the pair building custom maps for the game to rampage through.

Doom represented a seismic shift in video games – instead of controlling an on-screen avatar at a distance, players saw the grisly action through the eyes of the nameless “Doomguy” in first-person perspective, blasting monsters to bloody gibbets with relatively realistic weapons. Throw in the blasting heavy metal soundtrack and it made a perfect scapegoat.

Two years after the massacre, the families of the victims filed a lawsuit against iD Software, creators of Doom, as well as a number of other developers and publishers. The suit was quickly dismissed by a federal judge, but it spawned a number of studies seeking to prove a link between real-world violence and video games, none of which have been conclusive.

As video games become more accepted by society, these ignorance-fueled parental panics are becoming less frequent. The generation raising kids now grew up on video games themselves, and even though obsession with Fortnite has them scratching their heads, they’re less likely to blame real-world problems on too many Victory Royales.