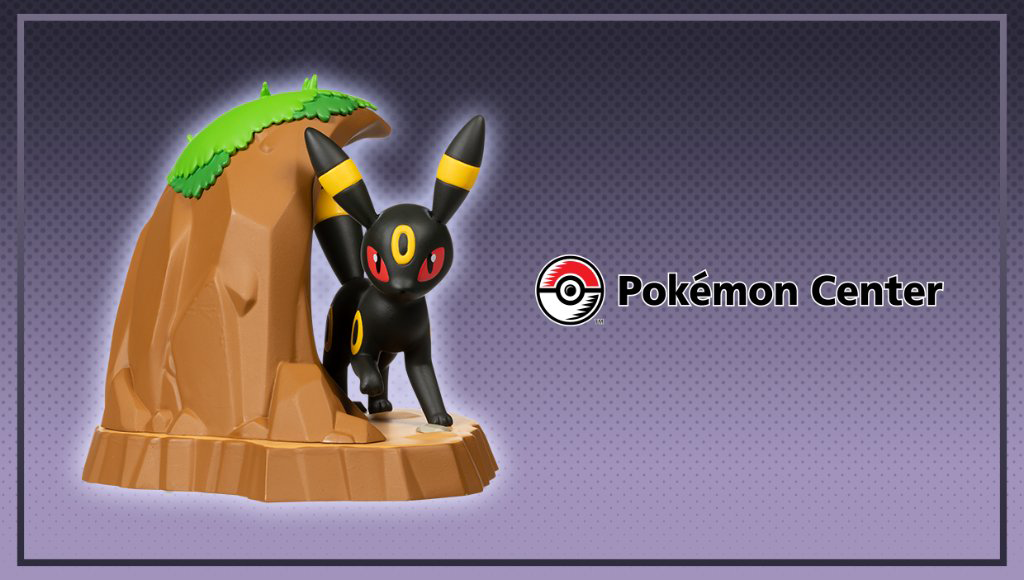 Trainers, the final figure in Funko’s “An Afternoon With Eevee & Friends” collection will soon be released on the Pokemon Center website.

This final figure features Umbreon, Eevee’s Dark-type evolution. On the figure, Umbreon is standing on some rocking ground, and it appears to be looking around the corner of a cliff face.

Funko’s Umbreon figure will be available exclusively on the Pokemon Center website on October 13 at 9 a.m. PT. It will cost $14.99. The eight previous figures in this series (which star Eevee and its other evolutions) have all sold out, so we expect Umbreon will quickly sell out as well.

The nine figures in Funko’s Eevee & Friends collection were designed to form one large scene when they’re all placed next to one another. Umbreon’s figure was designed to sit at the far right end of the scene, and placed so that Umbreon appears to be looking at Jolteon.

Funko’s Eevee & Friends series was the company’s second collection of Pokemon figures released on the Pokemon Center website. The first, A Day With Pikachu, featured 12 different Pikachu figures, with one themed after each month of the year.

We’ll make sure to keep an eye out in case Funko reveals even more Pokemon figures now that the Eevee & Friends collection is officially complete. Keep checking back with SuperParent for more!

Have you collected all of the figures in Funko’s Eevee & Friends series? Let us know on Twitter at @superparenthq.