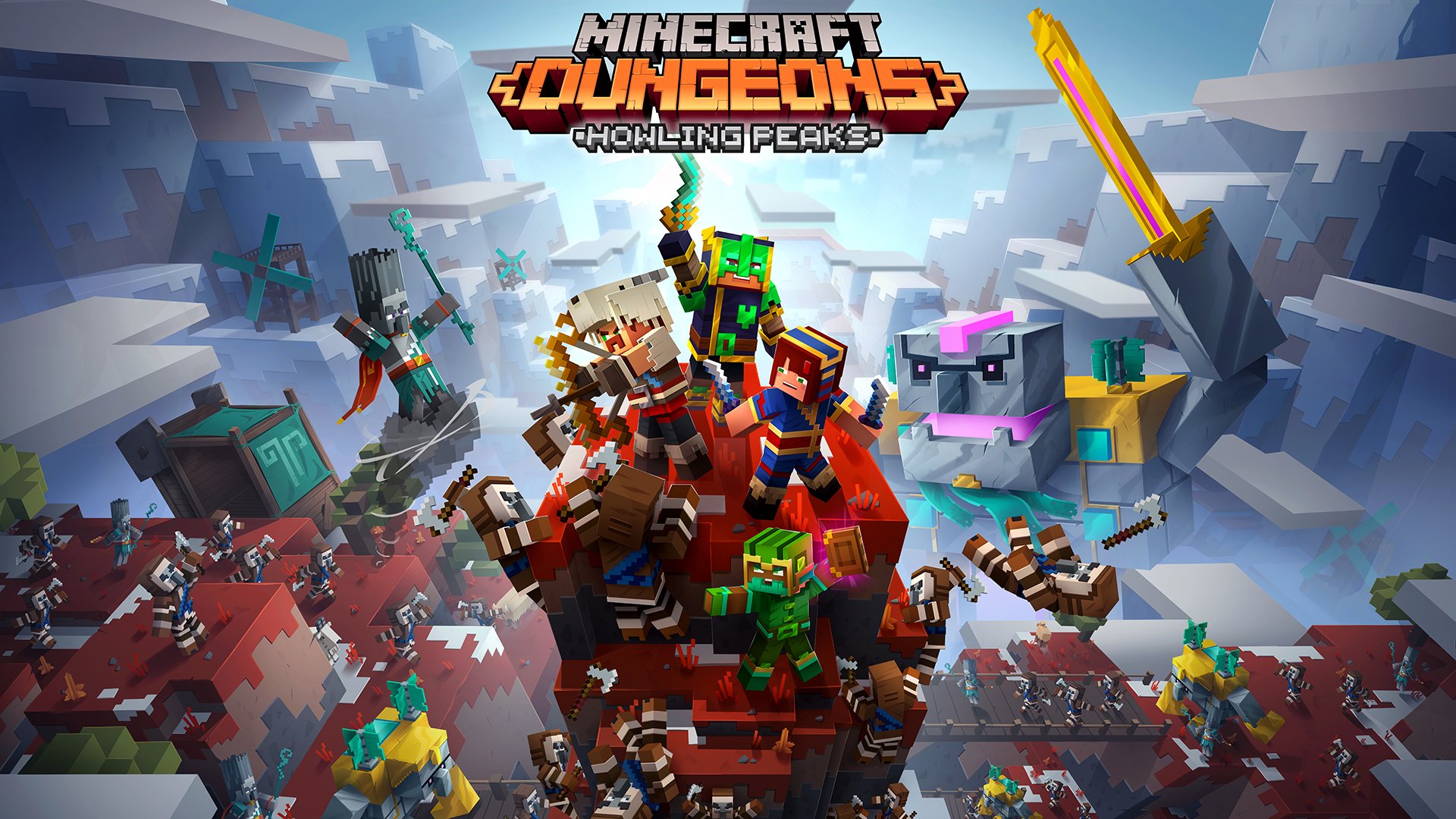 Minecraft Live took place on October 3. The livestreamed event revealed lots of cool updates coming to the original Minecraft, as well as Minecraft Dungeons, the dungeon-crawling game that was released on consoles and PC earlier this year.

In Minecraft Dungeons, you can explore a variety of procedurally generated dungeons on your own or with friends on a quest to defeat the evil Arch-Illager. (Procedurally generated means that levels aren’t the same each time you play. While a single level may look similar each time, it will have a different layout, with items and enemies in different locations.)

During Minecraft Live, we learned about the next downloadable content (DLC) pack for Minecraft Dungeons: Howling Peaks. The Howling Peaks DLC will challenge players to complete new missions and defeat new enemies before eventually taking on a new boss character: the Tempest Golem.

Plus, two free updates will be added to the game in the future.

In November, a cross-play update will be introduced for Minecraft Dungeons, which will allow players to team up with friends and explore dungeons together even if they’re playing the game on separate platforms (for instance, if one person is playing on Switch and the others are playing on Xbox One).

Next, the Apocalypse Plus update will add 20 new difficulty options to the game beyond the “Apocalypse VII” setting, allowing players to test their skills against challenging opponents. This update will increase players’ “power ceiling,” and it will also add new enchantments and items to the game.

Finally, a Season Pass will be introduced for the game in December.

Minecraft Dungeons is available on Switch, PlayStation 4, PC, and Xbox One (including Xbox Game Pass). The game is rated E10+ for Everyone 10+ by the ESRB.

To learn more about Minecraft Dungeons, check out our previous coverage.