Game Industry Experts Weigh In on WHO's Gaming Disorder Classification 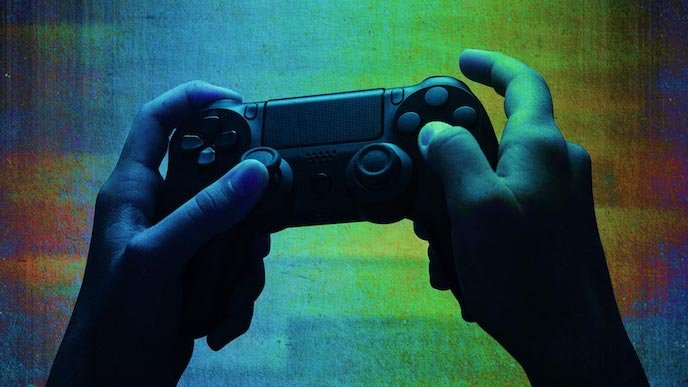 In June, the World Health Organization (WHO) added “gaming disorder” to the International Classification of Diseases (ICD), a list of medical conditions maintained by the organization. The move sparked debate within and outside of the video game industry, with experts on both sides weighing in on whether or not the addition was premature, or actually necessary.

Here is the WHO’s description of gaming disorder:

“Gaming disorder is characterized by a pattern of persistent or recurrent gaming behaviour (‘digital gaming’ or ‘video-gaming’), which may be online (i.e., over the internet) or offline, manifested by: 1) impaired control over gaming (e.g., onset, frequency, intensity, duration, termination, context); 2) increasing priority given to gaming to the extent that gaming takes precedence over other life interests and daily activities; and 3) continuation or escalation of gaming despite the occurrence of negative consequences. The behaviour pattern is of sufficient severity to result in significant impairment in personal, family, social, educational, occupational or other important areas of functioning. The pattern of gaming behaviour may be continuous or episodic and recurrent. The gaming behaviour and other features are normally evident over a period of at least 12 months in order for a diagnosis to be assigned, although the required duration may be shortened if all diagnostic requirements are met and symptoms are severe.”

Here’s what experts have said about the decision.

The video game news website spoke with experts who feel WHO rushed into adding gaming disorder to its list, without speaking to enough researchers on both sides of the argument. Speaking with Polygon, Anthony M. Bean, Ph.D., a clinical psychologist from Texas, said there is evidence the WHO “was influenced by pressure from Asian members states” when making its decision.

“Countries such as China and South Korea have considered gaming addiction a scourge for years, and have worked to address the issue through laws and other means. The WHO refuted the allegations of political pressure last year, telling Polygon that the decision to define gaming disorder in ICD-11 was “based entirely on technical considerations and not political ones.””

The Times’ Benedict Carey acknowledged that playing games too often is a bad habit, but also pointed out the dangers of calling a bad habit a mental health disorder.

“[E]mbracing I.G.D., as it’s known, as a new mental health disorder has its own perils. Many psychologists are skeptical that it exists at all as a stand-alone problem. The diagnostic criteria are still fuzzy, and the potential for overdiagnosis is enormous.

I.G.D. is a case study in what happens when researchers become convinced that a bad habit has become something different: a disorder. The studies pile up and the notion takes on a life of its own — one that may or may not be persuasive to putative “patients.””

The Atlantic’s Ian Bogost wondered why video games were singled-out by the WHO, with no mention of other, similar addictions, like internet and smartphone addiction. Bogost proposed that the issue isn’t whether or not gaming “should or shouldn’t be a mental disorder, but that the public is so willing to assume negative behaviors are the result of individual mental defects, rather than more complex social, political, and economic factors.”

“Social, political, and economic factors draw people into repetitive use, even without underlying mental conditions.There’s the economy of attention that draws users of games like Candy Crush and apps like Facebook into the compulsion loop of repetitive use. The business models that rely on a small percentage of customers spending money on add-ons, upgrades, and subscriptions to sustain the freeloaders. The slot-machine-style loot boxes in games that really do feel like gambling. The ad-supported networks that rely on daily use to produce “engagement” value. The data-brokering profits that come from extracting the spoils of that use. And on and on. If the gaming and technology industries are already thinking of people as “marks” who might be willing to dump obscene amounts of time, money, and data into their services, then offering those folks new mental-health disorders as salve is cold comfort.”

Wesley Yin-Poole, deputy editor for the European video game news website, shared his story of being addicted to World of Warcraft, a massively multiplayer online game that was all the rage for a time after its release in 2004. Yin-Poole said the WHO’s description of gaming disorder “seems entirely reasonable to me” and criticized members of the video game industry who are calling on the WHO to remove the disorder from its list.

He went on to say:

“Underneath it all, I think the reaction to the WHO's gaming disorder is about the fear of facing up to uncomfortable truths about game design. We celebrate games that are addictive but we refuse to call them addictive, even though they have been designed to be exactly that. Developers want you to become addicted to their games, which is understandable because if people are hooked on your game it suggests it's really [...] good. The grind, loot, loot boxes, levelling up, infinite progression, prestige, battle passes, experience points, the numbers, the numbers and even more numbers, all going up - this is the guts of popular video games today. Keep us in the game, keep us engaged, keep us caring and then the recurring revenue rolls in. In this context, it seems reasonable that something along the lines of a gaming disorder might actually be a useful thing to think about. To do the 'talk to the hand 'cos the face 'aint listening' thing to the WHO on this is, well, it's not a good look.”

Kotaku, a video game news website, shared concerns from experts who disagree with WHO’s classification. Psychologist Dr. Chris Ferguson told Kotaku that it’s wrong for those in the debate to compare video game addiction to substance abuse. Andrew Przybylski, a psychologist at the University of Oxford, said “most” studies that have been performed on gaming addiction have been low quality. Przybylski told Kotaku that classifying video game addiction as a mental disorder has the potential to stigmatize players and that it “may divert limited mental health resources from core psychiatric problems such as depression or anxiety which might be at the heart of problematic play.”

“Both Ferguson and Przybylski acknowledge that some people overdo gaming at the expense of their health and sanity. What’s worth focusing on, they say, is less the “gaming” aspect of that behavior, but the “overdoing” aspect. The impetus to approach something compulsively might matter more than what that “something” is. Research they’ve done and read suggests that what looks like gaming disorder, a lot of the time, is a symptom of depression, anxiety or attention deficit disorder. The WHO’s definition of gaming disorder could inspire an inaccurate diagnosis when, in fact, gaming could just be a coping mechanism for something already known.”

GamesIndustry.biz highlighted the divide within the video game industry over the WHO’s classification. In a piece posted on the video game news website, Dr. Jo Twist, CEO of Ukie, the Association for UK Interactive Entertainment (a trade association for the video game industry in the U.K.) said it’s true that some users play video games “to excess,” but, like others, pointed out that the evidence the WHO relied on to make its classification was “highly contested by scientists, medical practitioners, academics and experts across the world.”

“This is not denying in any way that a very small minority play to excess for all sorts of reasons, but the jury is still out on addiction. The WHO says the International Classification of Diseases (ICD) exists as a diagnostic guide and framework, one to measure "abnormal behaviour" against. But the industry has an extremely proactive approach to technical and human solutions to this, as well as parent and carer guidance: this is part of modern parenting and care giving.

For us, the inclusion of gaming disorder speaks to a much bigger point: that there is little understanding about how and why people choose to spend their time in the 21st century. What is 'normal'? By labelling a complex hobby as a disorder compared to other entertainment media which seem far more familiar and acceptable, we risk pathologising the wrong thing.”

In a separate article, Rob Fahey, contributing editor for GamesIndustry.biz, criticized both sides of the debate for having “predictable” and “unconstructive” arguments. Fahey specifically called out the video game industry for being “stubbornly set on butting heads with the WHO, based on arguments that stem from what feels like a rather wilful ignorance of the clarity and precision of the disorder's definition.”

Later in the article, Fahey stated:

“[The video game industry] should be presenting itself as cooperative and willing to assist, not as stubborn and prickly. If the research is unsatisfactory (which it is), then get involved; open up data and access to medical and social researchers (not just your hand-picked tame ones, either) and let them really get to the bottom of this. If there's no harm being done and games truly are just incidental to a set of other issues some people face, great; games are off the hook and that's important information for the professionals working with those cases. If there is harm being done to a minority of players, however, that's also an important finding for the industry, and one it should welcome knowing about.”