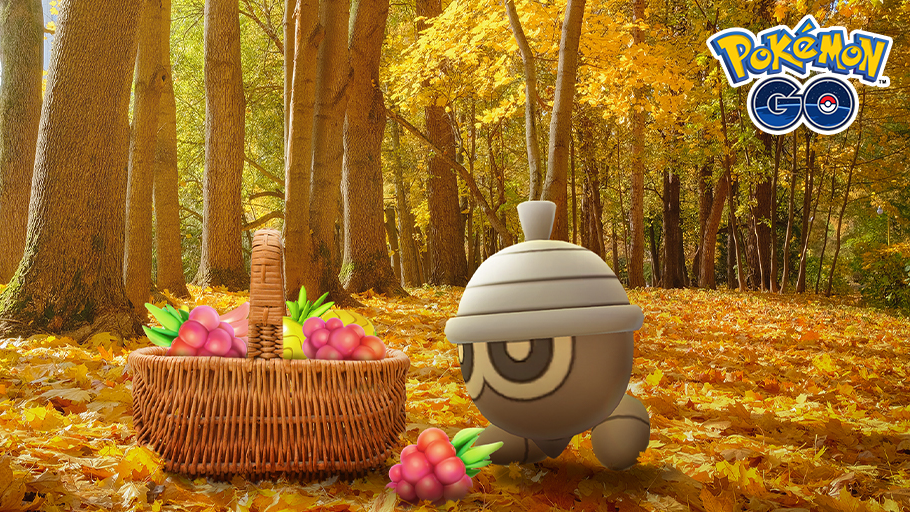 Pokemon Go is getting ready to celebrate the changing of the seasons with a new in-game event themed after Fall and Berries.

During this time, Oddish, Vulpix, Bayleef, Hoothoot, Sudowoodo, Yanma, Pineco, Zigzagoon, Seedot, Shroomish, Plant Cloak Burmy, and Foongus will appear more frequently than normal in the wild. Plus, there’s the chance you may run into Shiny Kanto Vulpix.

Deerling will also make its in-game debut during this event.

Deerling is called the “Season Pokemon” in Pokemon lore. It comes in four different forms, related to the four different seasons. For this Autumn Event, players can encounter the Autumn Form of Deerling.

In a news post, Niantic, the developer of Pokemon Go, said Berries will be “twice as effective” when you give them to your Buddy Pokemon during this event. Plus, you’ll receive two times the normal amount of Candy when capturing a Pokemon after you’ve fed it a Pinap Berry (that means you’ll receive 12 Candy from these catches, rather than six). Finally, Berries will be more likely to appear when you spin the Photo Disc at Gyms and PokeStops during this Autumn event.

Lastly, “Autumn-themed” Pokemon will have the chance to hatch from 5 km Eggs that are collected during this time.

Niantic also teased some other temporary changes that are coming to the game around the same time that the Autumn Event ends. Specifically, the developer said:

“With the transition from a hot summer to a cooler autumn in some places, it looks like there will be a few different Pokémon hatching from Eggs soon. You can look forward to that and other exciting changes from Monday, October 12, 2020, at 1:00 p.m. to Monday, October 19, 2020, at 10:00 p.m. local time.”

We’ll be sure to bring you more details about these upcoming changes as they’re revealed.

Are you looking forward to the Autumn Event in Pokemon Go? Let us know on Twitter at @superparenthq.