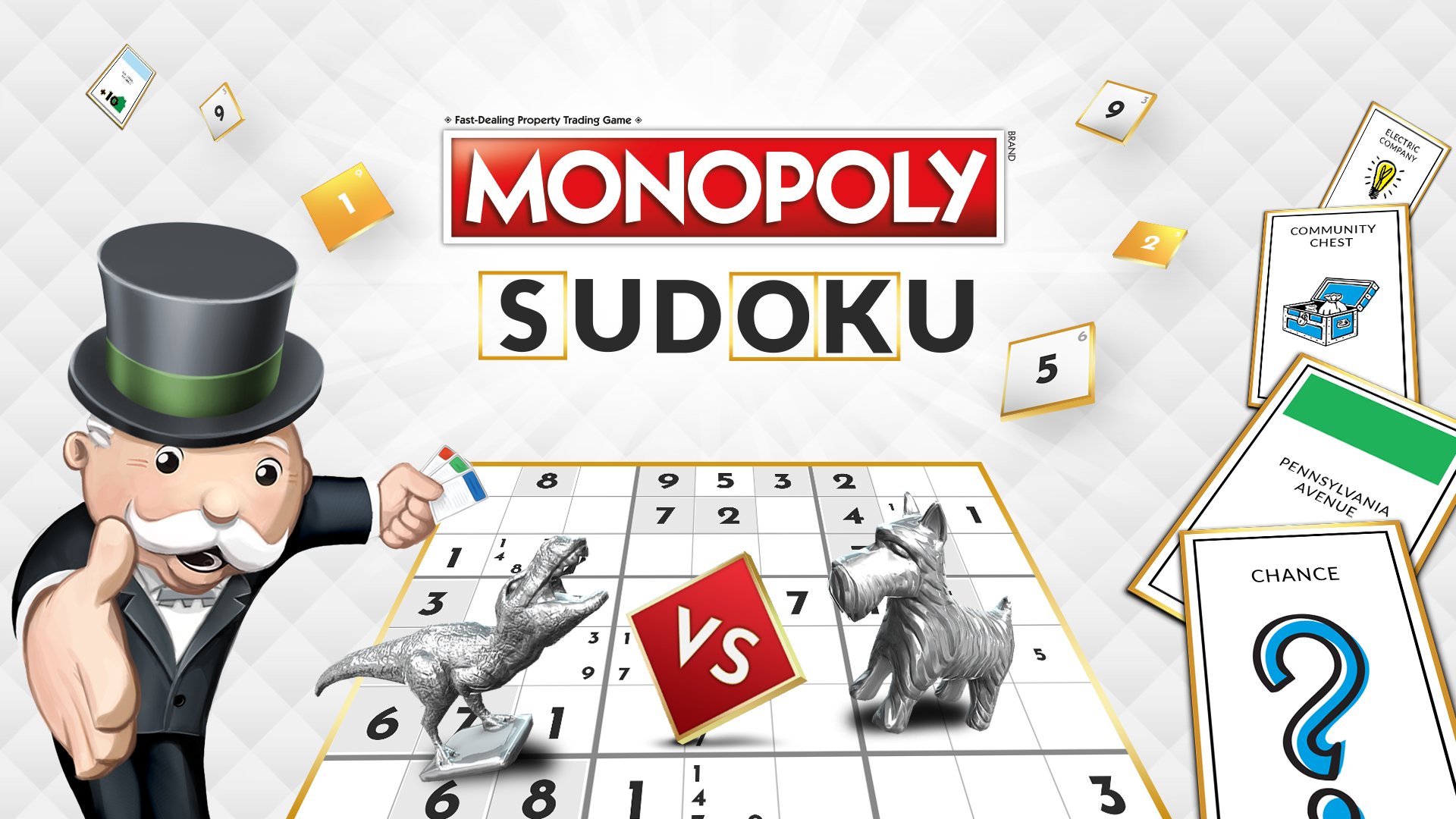 Monopoly Sudoku is a premium mobile game from Marmalade Game Studio, the company behind The Game of Life 2 on iOS and Android. In Monopoly Sudoku, you’ll complete Sudoku puzzles and compete against other players, as well as earn dice rolls that allow you to make your way around the Monopoly board.

Monopoly Sudoku turns the standard properties from the Monopoly game board (like Baltic Avenue and Marvin Gardens) into Sudoku puzzles with various difficulty levels. You can also complete daily challenge puzzles, practice puzzles, and compete against other players (both friends and strangers) in one-on-one competitive puzzles. In each of these puzzles, your goal is to place numbers onto a grid so that each column, row, and box of nine squares has the numbers 1-9 only once.

Since Sudoku puzzles can be seriously challenging, the game offers a “Sudoku School” area that provides lessons related to different gameplay strategies, which can help you learn how to play or even improve your skills if you’re already familiar with Sudoku.

In addition, the game includes an “Autonotes” feature, which is active on certain puzzles (depending on the difficulty). This feature will automatically fill in all of the possible numbers for each square on the grid to help you get started with a puzzle more quickly.

Finally, if you get stuck during a puzzle, you can activate a hint that will show you the next “logical” step you should take. However, in a competitive puzzle, players who use more hints will lose.

As you complete puzzles, you’ll earn in-game experience points that will eventually allow you to level up over time (making your way around the Monopoly board also gives you extra experience points). You’ll also be able to unlock new movers for use on the Monopoly game board, as well as new profile pictures for your in-game profile.

Monopoly Sudoku is available for $3.99 on iOS and Android devices, and it does not contain in-app purchases. The game is rated E for Everyone. While the gameplay in Monopoly Sudoku is technically acceptable for players of all ages, the game’s puzzles may be too challenging for some younger players.

Check out 18 minutes of Monopoly Sudoku gameplay in our video below.