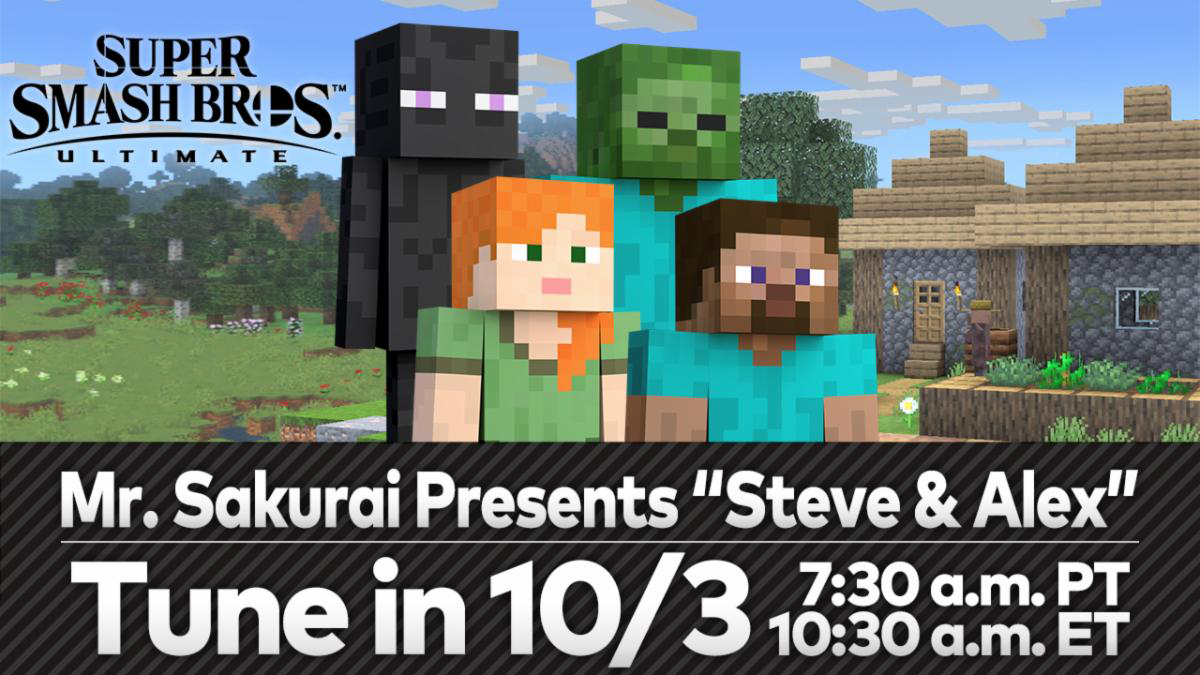 In a video presentation Thursday, Nintendo announced the next fighter coming to Super Smash Bros. Ultimate on Nintendo Switch: Minecraft’s Steve and Alex.

Players received a brief look at how Steve and Alex will work in Ultimate in Thursday's video, but we'll be able to learn much more about the pair on October 3 at 10:30 a.m. ET. At that time, a "deep dive video" will be released about Steve and Alex, which will also include the pair's release date.

Steve and Alex will be included in the same downloadable Challenger Pack, which will be available to download for $5.99. The pack will also include a new stage and seven music tracks from the Minecraft franchise.

You can also pick up Steve and Alex as part of the game’s Fighters Pass Vol. 2, which costs $29.99. For that price, you’ll receive access to Min Min from ARMS, Steve and Alex from Minecraft, and four other fighters that have yet to be revealed and released.

Are you excited to see the world of Minecraft join Super Smash Bros. Ultimate? Let us know on Twitter at @superparenthq.