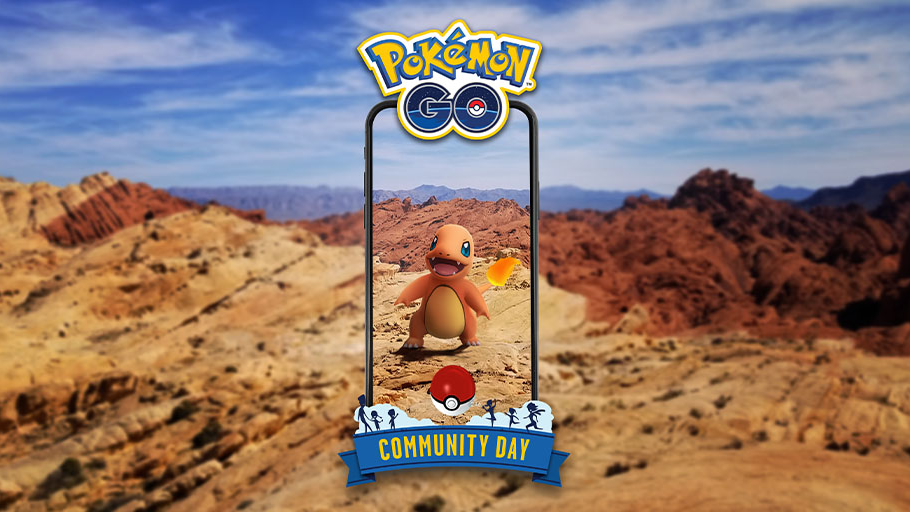 Earlier this year, trainers had the chance to vote for the Pokemon they most wanted to see featured in an upcoming Pokemon Go Community Day event. The four choices were Porygon, Weedle, Charmander, and Grimer.

Porygon won the vote, causing it to be the featured Pokemon in September’s Community Day event. Charmander came in second place, and it will have its turn in the spotlight in October.

October’s Pokemon Go Community Day event will take place on October 17 from 11 a.m. to 5 p.m. local time. During that time, Charmander will appear more frequently than normal in the wild, and you’ll have an increased chance of encountering a Shiny version of this Fire-type pocket monster.

When you evolve Charmeleon into Charizard during this Community Day event, or during the two hours immediately following it, Charizard will learn the special move Dragon Breath. This is not the same move that was available during Charmander's first Community Day event a few years ago. The first time this Pokemon was featured, Charizard could learn the move Blast Burn.

During October's Community Day event, you’ll receive three times the normal amount of Stardust when capturing Pokemon. In addition, a single Incense will remain active for three hours during the event, rather than 60 minutes.

In a news post, Niantic, the developer of Pokemon Go, encouraged players to take some Snapshots during October’s Community Day event “for a surprise.” Plus, the developer said players will be able to complete event-themed Timed and Field Research tasks on October 17 to receive Charizard Mega Energy.

You’ll also have the option to spend $1 on a ticket that will give you access to a Special Research storyline called A Tale of Tails. While we don’t know all of the rewards that will be given away as part of this Special Research, Niantic did say that the rewards “will include Charizard Mega Energy.”

Remember, trainers, you don’t have to spend money on the Community Box or Special Research ticket if you’re not interested in these features. You can still participate in the Community Day event even if you don't purchase them.

Are you excited about October’s Pokemon Go Community Day event? Let us know on Twitter at @superparenthq.