Check Out These Awesome Creations From Fortnite's Playground Mode 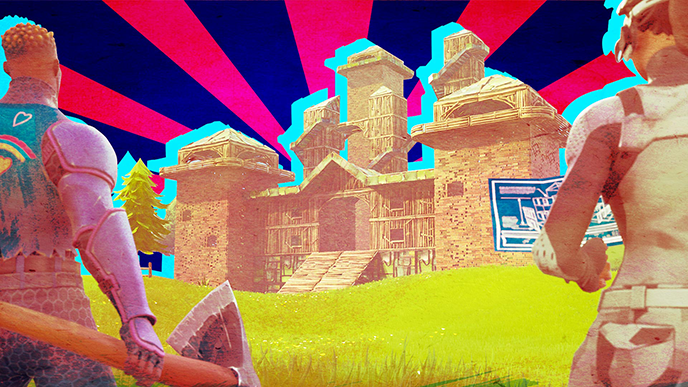 Fortnite Battle Royale is an intense experience, challenging up to 100 players to be the last person (or team) standing in each match. A new game mode, called Playground, takes Fortnite’s gameplay in a different direction, allowing players to casually explore the game’s large environment with up to three friends without worrying about combat or survival.

As GameSpot reported, each Playground game has a 60 minute time limit, with the game’s storm only moving in on players after the timer hits 55 minutes. In a normal game of Fortnite Battle Royale, the storm (which players want to avoid) moves much faster, forcing players into a smaller safe area, increasing the action and ensuring games end in a timely manner.

With the game’s threats mostly eliminated in Playground mode, players are using their 55 minutes of free time to build some awesome creations.

Eurogamer reported that players are creating Mario Kart-inspired race tracks around the Fortnite map. Once a track has been created, players use the game’s shopping carts as their vehicles, replacing Mario Kart’s go-karts.

Other players are building original works of art, characters from other video games, or even entire cities. Here are some of the best creations so far, found by Engadget, Forbes, US Gamer, and PC Gamer.

An 8-bit version of Link, the hero from The Legend of Zelda series, shared by Reddit user C3POSmash.

The Great Wall of Lucky, shared by Reddit User VazzyCow.

A large group of llamas, shared by Reddit user sandflaxe. This build is especially appropriate, as Fortnite players can run into in-game llamas while playing.

Have your kids created anything in Fortnite’s Playground mode? We’d love to hear about it in the comments, or tweet us @superparenthq.