Pokemon: These Halloween Plushies and Figures Bring the Spoops 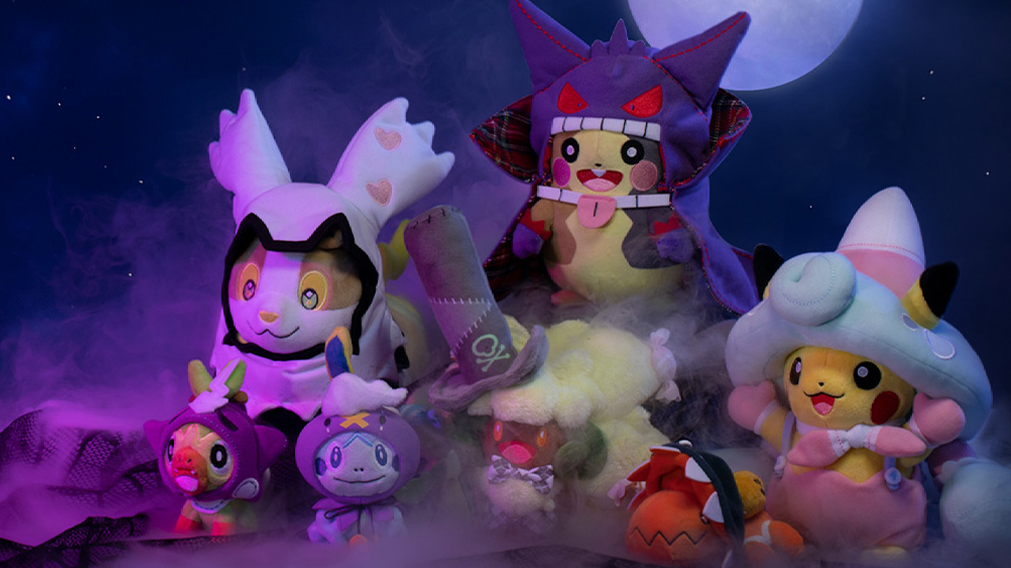 The spookiest time of the year is almost upon us, and Pokemon fans in the U.S. can celebrate by purchasing a variety of new products in the Pokemon Center’s 2020 Halloween collection.

This collection features clothing, home decor, collectible figures and much more. For instance, there are four “Haunted Pokemon Village” figures that feature spooky scenes. As an example, the Cofagrigus Crypt Figure features Pikachu (dressed as Pumpkaboo) and Scorbunny (in a Dusclops costume), who are running away from Cofagrigus and Trevanant.

The Haunted Pokemon Village figures cost $39.99 each. They’re currently out of stock on the Pokemon Center website, but it’s possible they may be restocked before Halloween arrives.

Some of the other fun items in this collection include keychains of costumed Pokemon (Trapinch, Sobble, Scorbunny, and Grookey), T-shirts featuring Gengar, Umbreon, Espeon and Pikachu, adorable plushes of costumed Pokemon like Yamper and Whimsicott (among others), and three plush hats that allow fans to dress up as Litwick, Hattrem, and Morpeko. The Morpeko hat is even reversible, so trainers can choose between the Pokemon’s two forms.

To view all of the items that are currently available in the 2020 Pokemon Center Halloween collection, head over to the Pokemon Center website. Keep in mind that items in this collection are rolling out over time, so more may be released in the future.