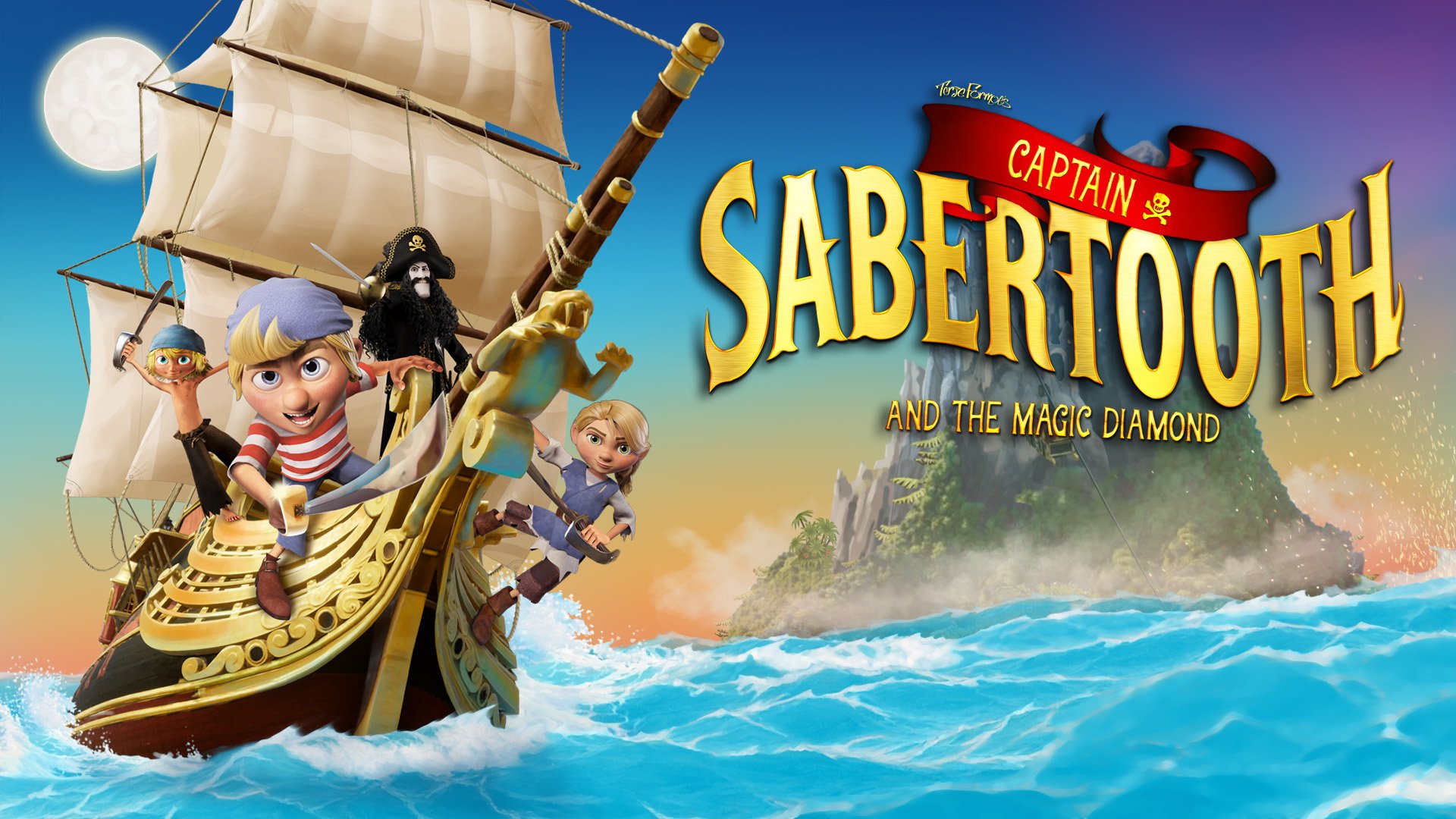 The next game in the popular Norwegian children’s franchise Captain Sabertooth is set to hit Switch and PC this fall, and we’re here with an exclusive look at the game’s announcement trailer.

Developed by Ravn Studio and published by Zordix, Captain Sabertooth and the Magic Diamond is a side-scrolling platformer that’s inspired by the 2019 film of the same name. The game will take kids (and adults) to a tropical world full of pirates, where the dangerous pirate Captain Sabertooth sails the seas. Sabertooth believes a young boy named Pinky knows the location of a legendary Magic Diamond, and you’ll need to help Pinky and his friend Veronica find it.

In Captain Sabertooth and the Magic Diamond, you’ll need to jump on and over platforms, avoid obstacles, dive underwater, and even use a sword and slingshot to defeat enemies such as pirates and sea creatures.

In addition to this platforming adventure gameplay, the title will include a variety of mini-games, like one inspired by pinball (you’ll play with a pirate in a barrel), and another that allows you to shoot cannons at targets.

Captain Sabertooth and the Magic Diamond will be released on Switch and PC later this year. The game is rated E10+ for Everyone 10+ by the ESRB.

We had the chance to chat with Tinka Town, co-founder of Ravn Studio, about Captain Sabertooth and the Magic Diamond, and how parents and kids can enjoy this game together.

Tinka Town: Not at all. The game is a stand-alone production inspired by the Captain Sabertooth brand, and the animated movie by the same name. In the game, the player gets introduced to the setting, the goal of the game, and the main characters before venturing out on a pirate adventure to find the Magic Diamond, playing as either Pinky, the world’s youngest pirate, or his friend Veronica the adventurer.

SP: Will Captain Sabertooth and the Magic Diamond follow the storyline of the film with the same name, or does it feature an original story?

TT: The game is loosely based on the story from the movie, and features most of the same characters. But we are playing around with the locations, taking some detours through islands featured in other stories in Captain Sabertooth’s world, and adding lots of extra treasures, enemies and side quests.

SP: How difficult is it to create a game that’s based on such a well-known property? Were there any specific challenges that the team needed to overcome to make sure this game was a proper fit for this fictional world?

TT: As developers, we have quite extensive experience creating good game experiences based on well-know childrens' IPs. We've learned that the most important part is to recognize what elements in the property the target group would like to play with - how they would like to 'enter the world' and interact with it. Then we decide what genre is best suited for that.

Earlier games we've created based on this IP have revolved around sea battles and exploring. This time, based on the nature of the story, we wanted to let the player experience the wild chase of hunting down the Magic Diamond. Constantly being on the move, taking out enemies, overcoming obstacles, solving puzzles, digging for treasures and defeating the Jungle King and his army of apes - all in good pirate style.

At the same time, the visual style, game world, characters, voices, music, etc. all have to be recognizable and in line with the IP. As developers we have to respect every aspect of the IP, while at the same time playing around with it to create a fun game.

SP: How long will it take players, on average, to complete this game?

TT: We estimate about 8-12 hours of playing time - depending on skill level, how many times they play the mini-games and whether the players aim to find all the treasures or not…

SP: Side-scrolling platformers are sometimes challenging, requiring fast reflexes and quick button presses. What has the team done to ensure the gameplay here is approachable for younger players?

TT: We have chosen to make the game easy to pick up and play and to give the player time to get the hang of it before introducing more difficult elements like enemies and other obstacles. The mini-games are also fun for all ages. In addition to the side scrolling main levels, the game also features some fun mini-games and challenge rooms which add some extra fun and variety. The goal is to give all players in the target group a good game experience, regardless of previous skills.

SP: Are there multiple difficulty levels to choose from?

TT: The game does not feature multiple difficulty levels. It starts out very easy, and slowly builds up in difficulty. This should ensure that even the youngest players should be able to ease into the game and have fun with it.

SP: Will the game include any multiplayer modes? Or, are there ways for parents and kids to enjoy this game together?

TT: The Captain Sabertooth game is single player only. With different profiles, family members or friends can compete against each other for high scores in mini-games or trophies in the main game.

SP: Are there plans to bring the game to next-gen consoles (the Xbox Series X/S and/or PlayStation 5)?

TT: Yes, this is what we are aiming for, in the next round.

TT: Captain Sabertooth and the Magic Diamond contains all the expected ingredients of a good pirate adventure, a Pirates of the Caribbean for kids – where the young pirates play the heroes.

Editor's Note: This article has been updated to reflect the game's correct platform information.