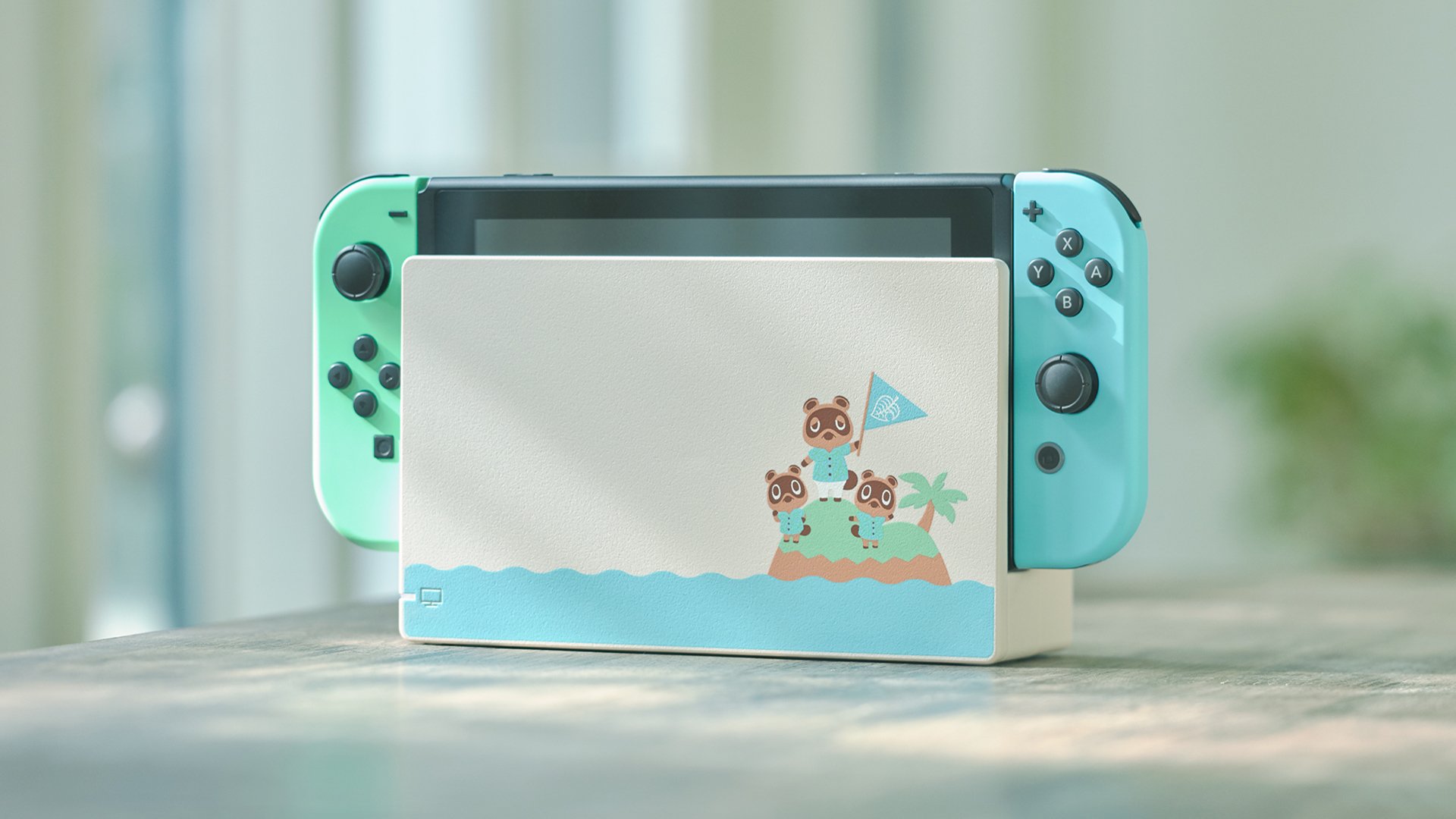 Animal Crossing: New Horizons debuted on Nintendo Switch in March 2020. At the time, Nintendo also released a New Horizons-themed Switch console that has pastel blue and green Joy-Con, as well as some adorable artwork of Tom Nook and the Nooklings.

A limited number of these Switch consoles were available in March, but now, you have another chance to get your hands on one, as Nintendo announced that these special edition Switch consoles are coming back to stores.

As reported by Polygon, you can apparently already find these consoles on sale at GameStop, though the normal GameStop website is currently unavailable at this time due to fans trying to secure a pre-order for the upcoming PlayStation 5 and PlayStation 5 Digital Edition consoles (so we haven't been able to confirm that the console is available). We also haven’t been able to find the Animal Crossing Switch console on other sites (like Target, Amazon, Best Buy, and Walmart) as of this writing.

If you invite a villager (rather than a special character) to the campsite, you can interact with them to eventually invite them to live on your island. Check out our guide to see how this works.

The Animal Crossing amiibo cards will be available at “select retailers” this November for $5.99 per pack. The cards are sold as “blind bags,” meaning you won’t know which cards you’ll receive before you purchase a package.

Are you excited about these Animal Crossing product re-releases? Let us know on Twitter at @superparenthq.