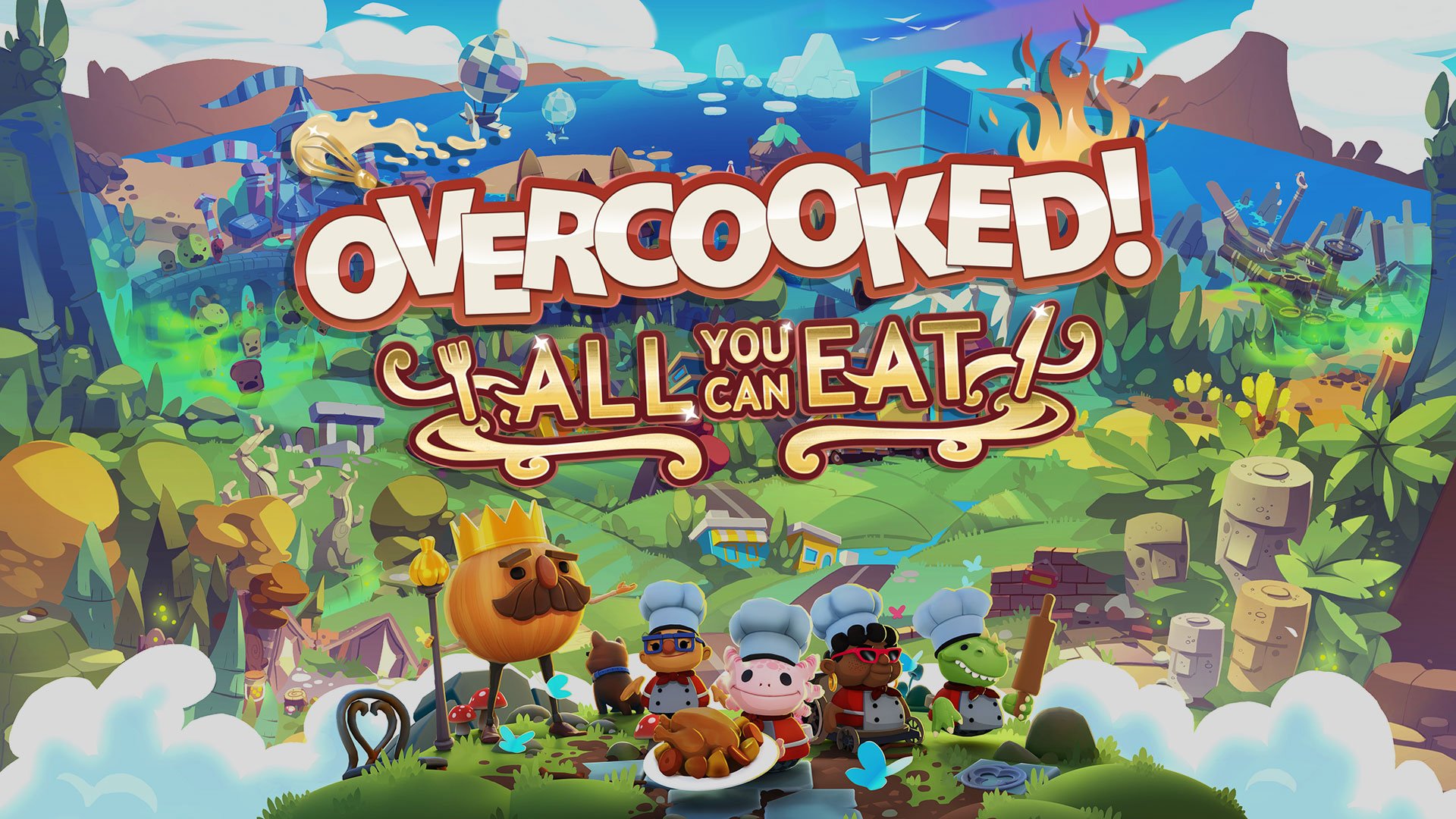 Overcooked and Overcooked 2 are super fun (and super chaotic) family-friendly party games that challenge players to work together to cook dishes while dealing with obstacles in the kitchen, such as moving platforms.

If your family has yet to try either of these games, and you’re planning on picking up a next-gen video game console (the PlayStation 5 or Xbox Series X), you may want to check out Overcooked All You Can Eat.

This collection will include remastered versions of the original Overcooked and Overcooked 2, as well as all of the series’ downloadable content (DLC), in addition to some new features.

Overcooked All You Can Eat will support up to four players in a single game, and it has multiple game modes to choose from. You can play on your own, or with up to three other players in the same room or online. The game will also support cross-platform multiplayer, so players on both consoles (PS5 and Xbox Series X) will be able to play online together.

One of the new features in Overcooked All you Can Eat is Assist Mode, which introduces a number of options that will allow players to alter the game to suit their playstyle.

This Assist Mode will allow players to increase a round’s timer, increase the time they have to create a recipe, and more. You’ll even be able to turn recipe timeouts off entirely so you can no longer fail to complete an order.

New accessibility options are also included in All You Can Eat. For instance, you can turn on shape-based chef indicators, which will cause each player’s character to be identified by both a shape and a color, rather than just a color. Other accessibility features include “dyslexia-friendly text” and a “scalable UI” (user interface), which will allow you to change the size and scale of the text on the game’s menus to make it easier to read.

Overcooked All You Can Eat doesn’t have an official release date as of this writing, but we do know the digital version of the collection will cost $49.99 when it’s released on PlayStation 5 and Xbox Series X (a physical version of the game will also be available to purchase in stores). To learn more about the game, check out Team17’s website (Team17 is the publisher behind the game).