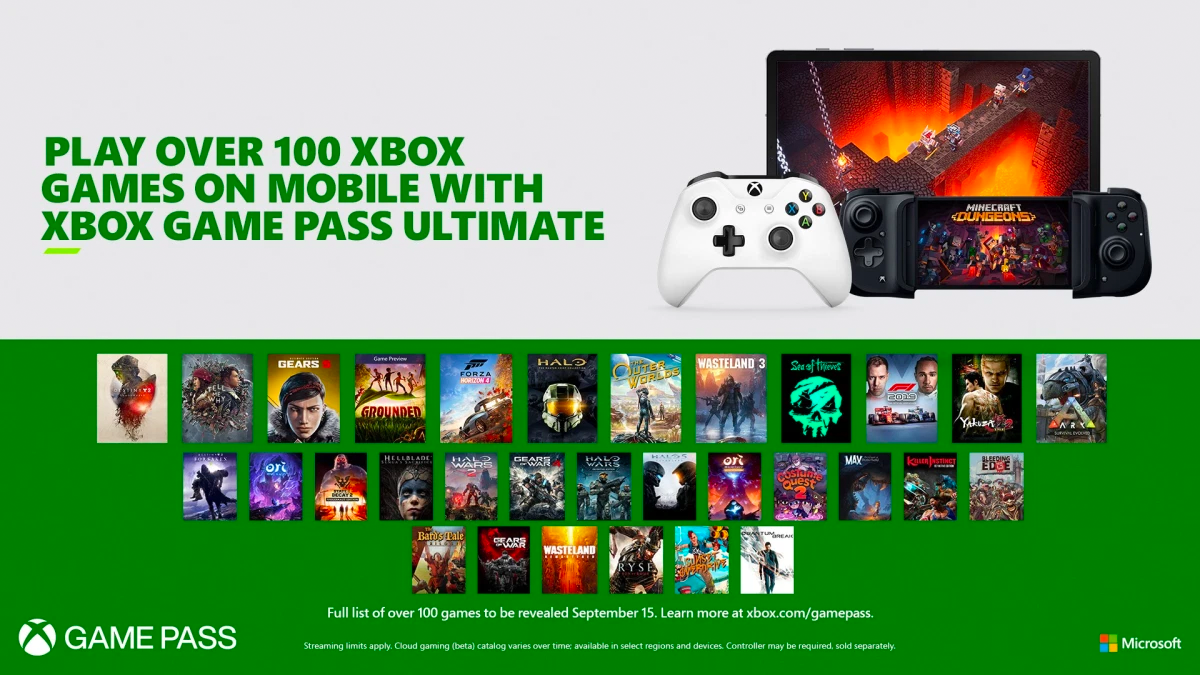 In July, Xbox revealed that Android owners would soon be able to play Xbox Game Pass titles on their Android devices (both smartphones and tablets) through cloud gaming. Now, the feature has officially gone live.

While the cloud gaming functionality is currently in beta (which means that things may change over time), it allows Xbox Game Pass Ultimate subscribers to play over 100 different games on their Android device by downloading the Xbox Game Pass app on their smartphone or tablet. Players can access thier in-game progress across multiple platforms, so, as an example, if you start a game on Xbox One, you'll be able to pick up where you left off on your Android tablet.

Cloud gaming is available at no additional cost to current Xbox Game Pass Ultimate subscribers, but it currently isn’t available on iOS.

You can play these games using an official Xbox Wireless Controller, or any compatible controller that can connect to your device using Bluetooth. In addition, some games, such as Gears 5 (rated M), support touch controls, but whether or not touch controls will be available will depend on the game you’re trying to play.

Playing these Xbox Game Pass titles on your Android device may drain your battery pretty quickly. That being the case, you may want to look into something like the ChargePlay Base from HyperX. This charging pad allows you to wirelessly charge two devices at the same time. Or, if you’re interested in adding extra battery life to your device while you’re on the go, checkout the ChargePlay Clutch, which adds controller grips to your smartphone and includes a battery pack for charging your device. Head over to HyperX’s website to see all of the company’s mobile accessories.

To learn more about cloud gaming through Xbox Game Pass, head over to Xbox’s website.