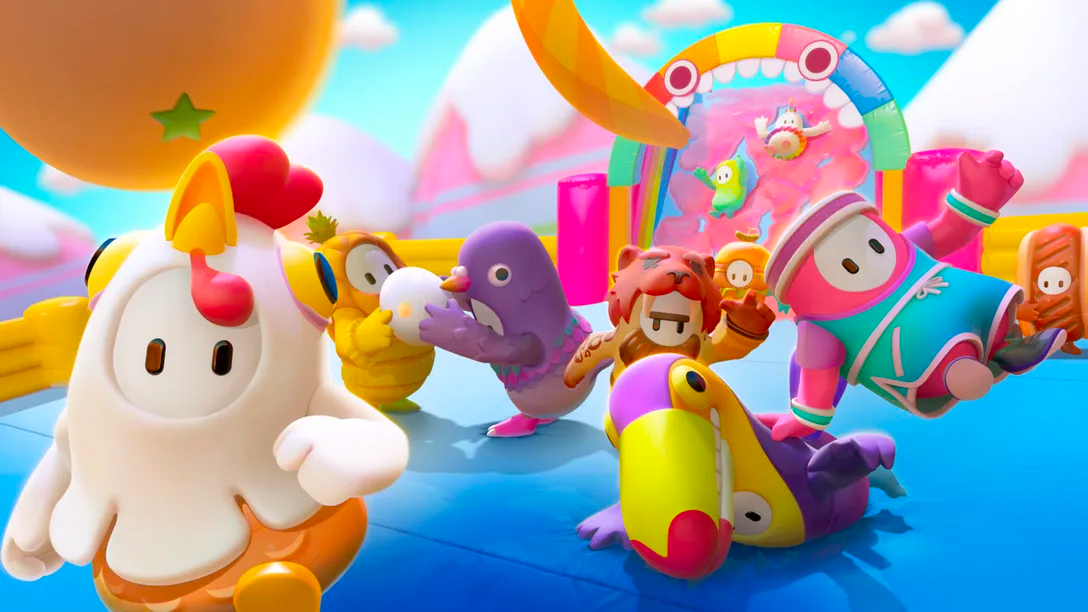 Fall Guys: Ultimate Knockout has received a major mid-season update ahead of the launch of Season 2 later this year.

The “Big Yeetus & Anti-Cheatus” update is now available on PlayStation 4 and PC. It includes bug fixes, as well as the introduction of a new anti-cheating system that should help developer Mediatonic crack down on cheaters who break the game’s rules in order to win crowns.

Elsewhere, this update will add new variety to the game’s rounds, so they feel fresh and new.

“With this latest patch, you will quickly start to see that all is not what it seems in The Blunderdome. Familiar favourites will have to be tackled in all new ways, with the addition of dozens of obstacles, dizzyingly random rotations and of course, plenty of tumbling fruit. And what’s more, players will have no idea when these changes will occur — no bean’s dignity shall be spared!”

Finally, with this update, you’ll need to watch out for Big Yeetus, the giant swinging hammer that can send beans flying.

“[PC] Our new anti-cheating system for PC is now in!

Objects in certain rounds will now have dynamic variations from one playthrough to the next, including new objects entirely. We plan to expand this system in the future to more rounds.

Improved stability when progressing from one round to another, there should be less disconnections in the qualification screen and round loading now.

Lowered Min Player Counts for some levels to increase round variety”

Does your family love Fall Guys? Let us know on Twitter at @superparenthq.

Top image via the PlayStation Blog