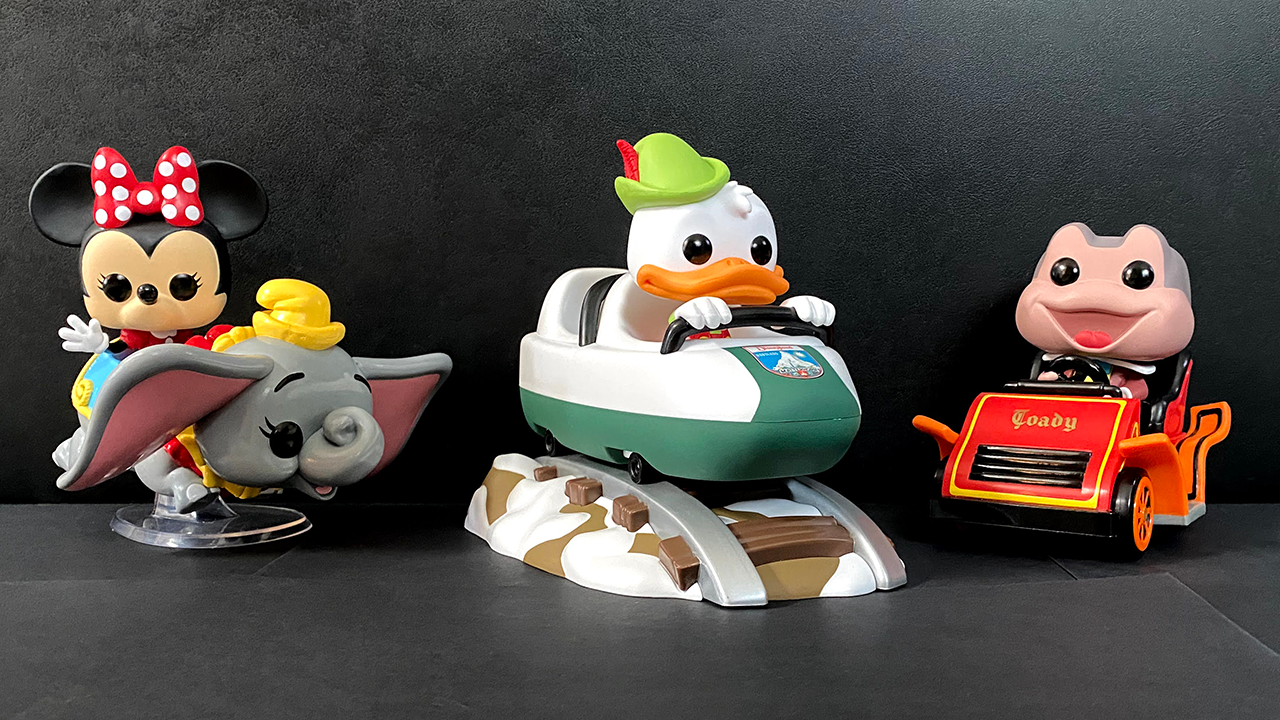 This year marks the 65th anniversary of the opening of Disneyland in Anaheim, California, and Funko is celebrating in a huge way with a new line of “Disneyland Resort 65th Anniversary’ products.

In addition to new clothing and accessory items coming to stores like BoxLunch and Target, Funko has released (or is getting ready to release) a slew of Disney-themed Funko Pops to celebrate the 65th anniversary of the park.

For example, there are six different Pop figures that will allow you to recreate the Casey Jr. Circus Train attraction. Donald Duck is featured in the train’s engine, and the five other figures star Minnie Mouse, Mickey Mouse, Goofy, Pluto, and Dumbo. Unlike normal Pop figures, these train cars will actually connect, allowing you to form the complete train.

The Minnie Mouse figure is an Amazon exclusive, while Goofy, Pluto, and Dumbo will be limited edition products that are only available on Funko’s online store.

Elsewhere, there are Mickey Mouse and Donald Duck Pops themed after the Matterhorn roller coaster, as well as Pops of Alice and the Cheshire Cat, which are available exclusively at Target. You can also grab figures of Mr. Toad, Peter Pan, and Captain Hook.

Some of the most exciting parts of this new Disneyland Resort 65th Anniversary Line are the Pops that will allow you to recreate a version of Disneyland in your own home.

To start, there are two Pop Town releases that include an impressive figure of Sleeping Beauty’s castle, along with a figure of Walt Disney or Mickey Mouse (depending on your choice).

Then, you can collect Pops inspired by many Disneyland rides (in addition to the Casey Jr. Circus Train). Specifically, there’s are Pops inspired by Mr. Toad’s Wild Ride, Peter Pan’s Flight, Dumbo the Flying Elephant, the Matterhorn Bobsleds, and the Mad Tea Party. Each one features a classic Disney character enjoying the attraction.

We had a chance to check out the Mr. Toad, Dumbo, and Matterhorn Pops in person, and we’re really impressed by both the figures themselves (they're adorable) and the look of the packaging (it has a vintage, weathered appearance).

However, it's worth pointing out that these figures (which are larger than standard Funko Pops) come in larger packages, which not only take up more room on a shelf (if you keep your figures boxed), but also make it difficult to see some of the details on the figures themselves. This is especially true of the Dumbo the Flying Elephant Pop.

The boxes have the following measurements:

Once you unbox these figures, here are their approximate sizes:

While the figures themselves are stationary (that is, the wheels on the Mr. Toad’s Wild Ride figure don’t turn), you can move the heads of each character to look in a particular direction. However, Minnie’s arm can’t be moved, so she’ll always be waving.

Finally, the Dumbo the Flying Elephant Pop sits on a clear base, which makes it look like Dumbo is actually flying through the air. This figure is quite heavy for its size, but the base is large enough that you don't need to worry about it tipping over.