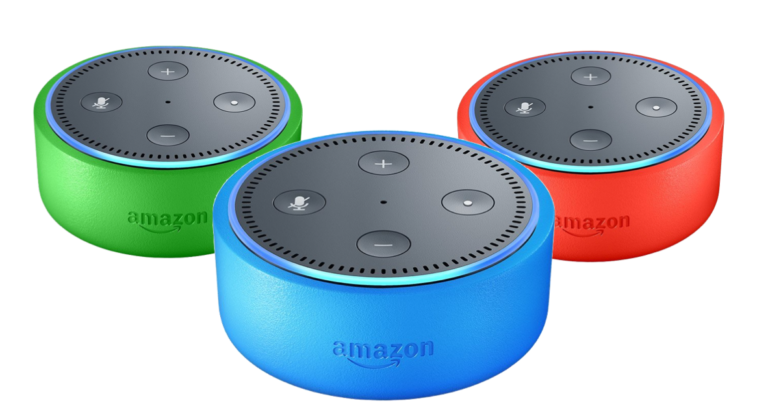 Amazon’s Echo Dot Kids Edition was released in May 2018, giving kids a way to experience a smart speaker while interacting with a “kid-friendly” version of Alexa.

The Echo Dot Kids Edition comes with a bumper that protects the device from damage, and it also allows parents to set time limits for when the device can be used. The Kids Edition also includes a “Magic Word” setting that thanks children for saying “please” when they make a request. However, at launch, a noteworthy feature from the regular Echo Dot was missing from the Kids Edition: the ability to play music through music streaming service Spotify.

TechCrunch reported that Spotify will be coming to the Echo Dot Kids Edition this week. The service will use the device’s explicit filter to prevent kids from listening to inappropriate music.

The explicit filter will be turned on by default on the Kids Edition of the Echo Dot, but TechCrunch said parents will have the option to turn it off by going into their FreeTime dashboard. When parents purchase an Echo Dot Kids Edition, they get a free, one-year subscription to FreeTime Unlimited, Amazon’s subscription service for kids that gives children unlimited access to thousands of games, books, and more.

Spotify subscribers who aren’t subscribed to FreeTime Unlimited will also be given the ability to turn on the explicit filter.

The Echo Dot Kids Edition is available for $79. A regular Echo Dot (without the kid-friendly extras) costs $30 less, so keep that in mind if you’re looking to purchase a smart speaker for your household.