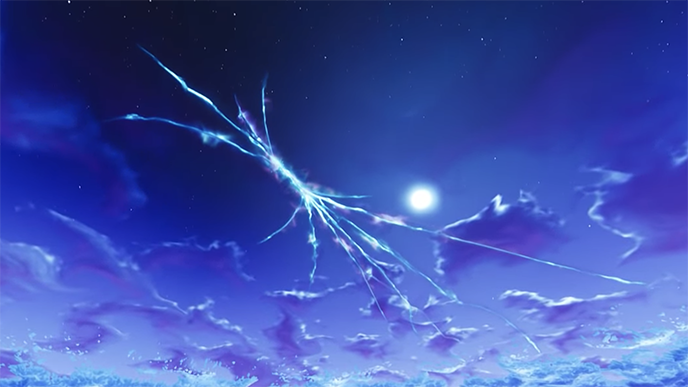 If your teens were more excited to play Fortnite than usual over the weekend, a major in-game event explains why. At some point in June, a countdown timer appeared on Fortnite’s in-game TVs, counting down to the launch of a large rocket on Saturday.

The rocket launch event took place at 1:30 p.m. ET on June 30. It was a one-time event, so if you weren’t in a game at that time, you missed out. As GameSpot reported, a few moments of chaos followed the rocket’s launch, as lasers appeared in the sky, and the rocket slipped in and out of portals as it flew around the in-game environment. Eventually, the rocket caused a massive crack or tear in the sky, which can still be seen while playing.

You can see a complete breakdown of the rocket launch in this video shared by YouTube creator Blitz.

More cracks have apparently appeared since Saturday, but we don’t know what it all means. It’s possible this is a teaser for Season 5, which will kick off later this month. Each season comes with a new set of cosmetic items for players to unlock. Season 4, which kicked off in May, also saw a huge comet hit the in-game map, turning one area into an impact crater.

Fortnite is a competitive, last-man standing experience, but most players called a temporary truce during the rocket launch, so everyone could enjoy the spectacle without worrying about battling. However, as IGN pointed out, not every player participated in the truce.

During the rocket launch, a Fortnite player named Elemental_Ray capitalized on the opportunity to catch so many other players off guard. Elemental_Ray destroyed a ramp that dozens of players were standing on, eliminating 48 of them as they fell to the earth below. That’s a new in-game record for the most “solo” kills in a single game (that is, the most players eliminated by one player in a single game). A regular Fortnite match can have up to 100 players, so knocking out almost half of them at once is a huge deal.

He broke a ramp that help 48 people during a Rocket Viewing Party.

If your teens missed the rocket launch, there are plenty of YouTube videos that show off the event.