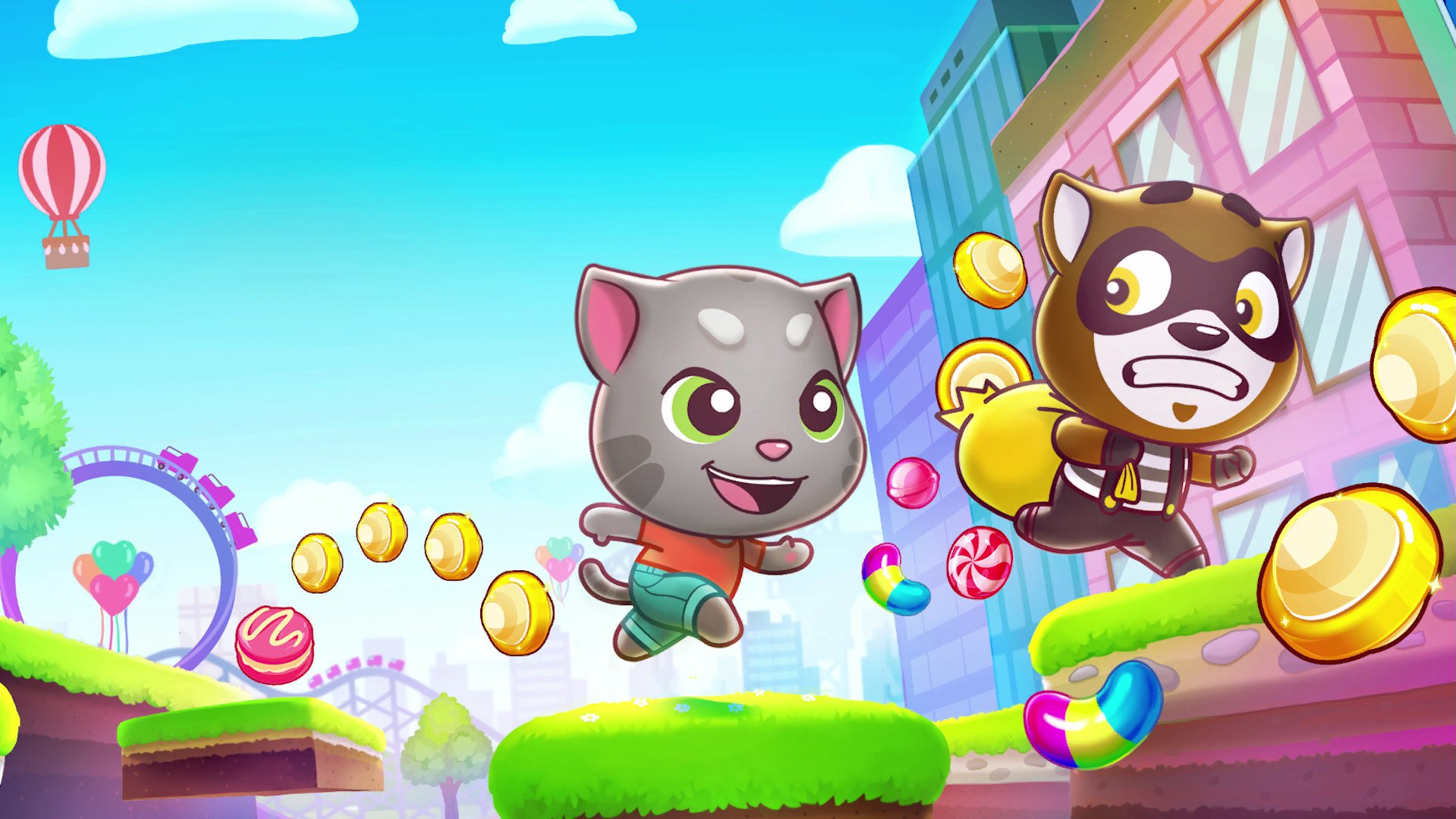 Talking Tom Candy Run was originally released on mobile devices as a free-to-play game in 2018. Now, the endless runner has come to Switch and Xbox One as a premium release.

In Talking Tom Candy Run, you’re asked to help Talking Tom and his friends collect candy that’s been stolen by a racoon robber. In each round of this endless runner, you’ll run from left to right across the screen automatically, and you can press buttons to jump over or slide under obstacles, such as gaps in the path and beach umbrellas. The goal is to survive as long as possible, while also collecting as much candy as you can in each run. Candy is scattered all around the path, and it often forms arrows that guide you through the world.

During each run, you’ll be able to collect power-ups that can temporarily help you collect candy and avoid obstacles. For instance, a magnet will draw all nearby candy toward you, while another power-up will cause you to grow much larger so that you can destroy obstacles for a short time.

Finally, you can collect treasure chests as you run that contain extra candy, gems (a type of currency), and cards that allow you to unlock new playable characters.

After each game, you can spend the candy you’ve collected on repairs for the candy shop and other businesses that the racoon robber has vandalized. Gems can also be spent on certain repairs, as well as extra chests in the in-game store.

Since this console version of Talking Tom Candy Run is a premium game, rather than a free-to-play title, you won’t be able to spend money to earn extra gems or candy. Instead, you’ll earn plenty of gems as you simply continue to play the game.

Finally, in addition to the game’s single player mode, Talking Tom Candy Run includes a multiplayer mode that allows two players to race against each other on the same screen. You can also compete against a bot (a character controlled by the game).

Talking Tom Candy Run is available to download for $9.99 on Switch and Xbox One, and it’s coming to PlayStation 4 later this year. The game is rated E for Everyone by the ESRB.

Check out 13 minutes of Talking Tom Candy Run on Xbox One in our gameplay video below.