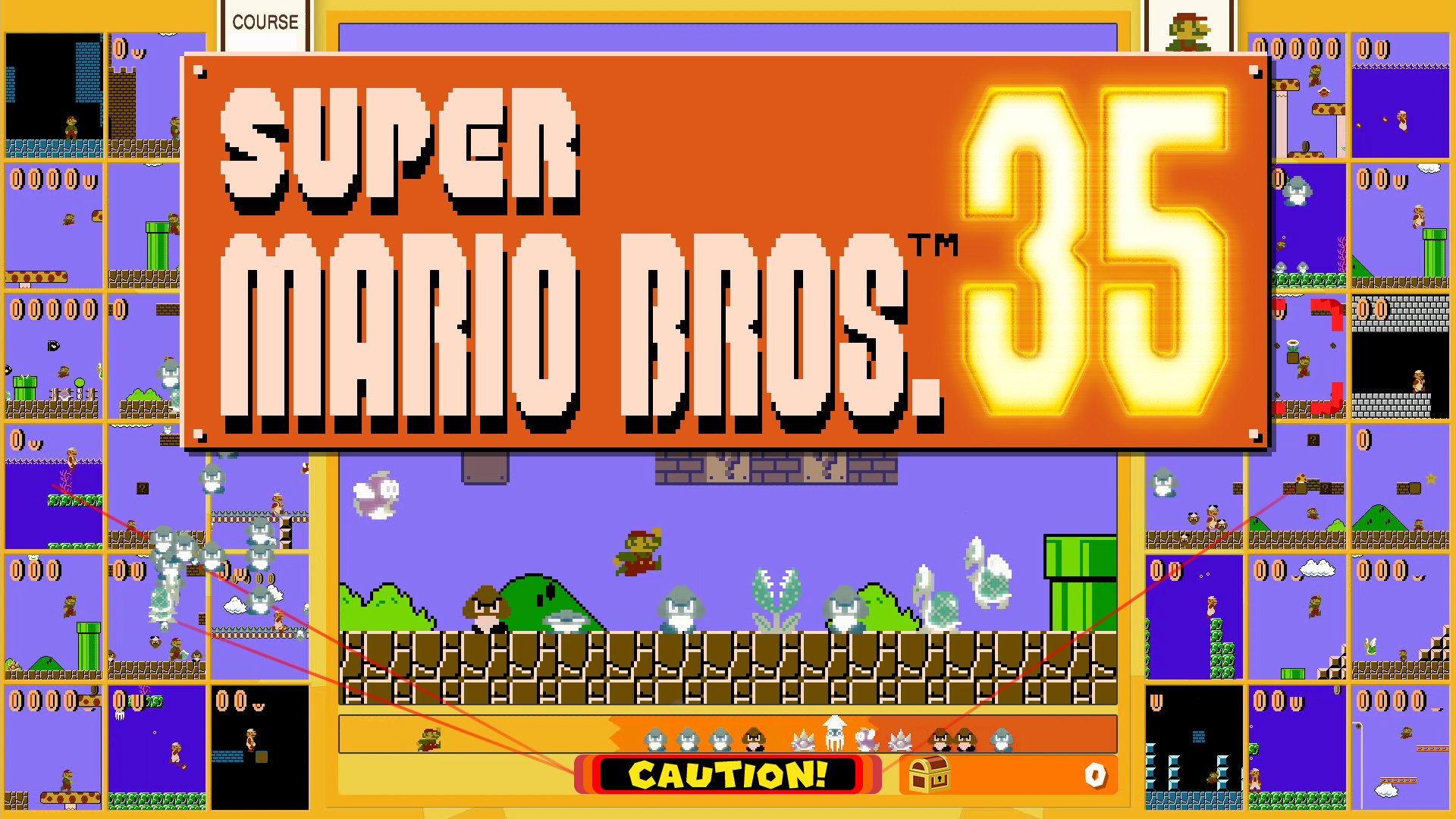 One of the more interesting parts of the 35th anniversary celebration is Super Mario Bros. 35, a battle royale game that will challenge 35 players to be the last one standing as everyone plays the original Super Mario Bros.

In each match of Super Mario Bros. 35, each player will compete in their own window in the center of the screen, and the other players’ screens will appear in small windows around the central area.

At the beginning of each match, all 35 players will receive the same timed stage, and they’ll need to defeat enemies to collect extra time so they can keep running.

In addition, as players defeat enemies, they’ll send those enemies to other players’ games. This means you may also receive extra enemies in your own game from your opponents.

As you collect coins in each match, you can spend them on the Item Roulette to receive items that may help you survive a bit longer. When players “die” during the course, they’re knocked out from the match, and the last player standing is declared the winner.

Super Mario Bros. 35 is rated E for Everyone by the ESRB.