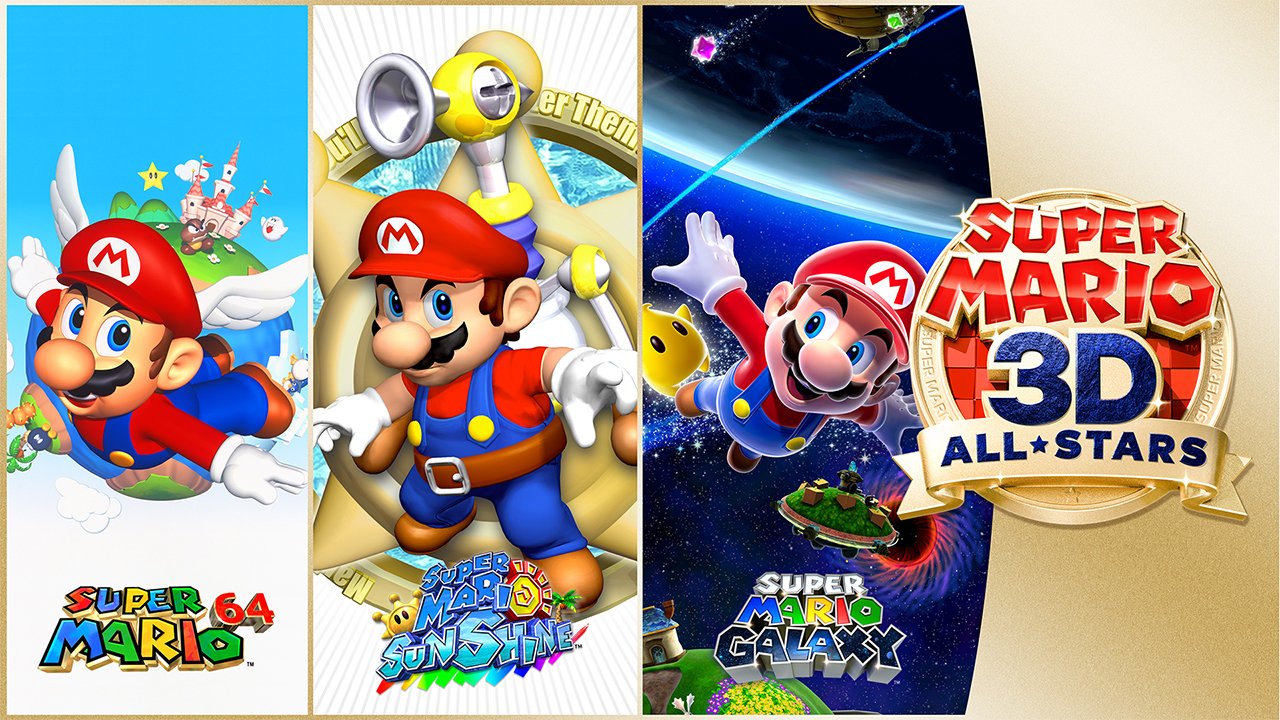 2020 marks the 35th anniversary of the release of the original Super Mario Bros. game in Japan. Nintendo is celebrating the anniversary in a big way by releasing lots of new (and classic) games and experiences for the Switch.

The collection will include Super Mario 64, Super Mario Sunshine, and Super Mario Galaxy, which will all feature updated graphics. Plus, it includes a music player that will allow you to listen to the soundtracks from all three games on the Switch, even if the Switch’s screen is turned off.

Super Mario 64 was originally released on the Nintendo 64 in 1996. It challenges players to jump into paintings around Peach’s castle in order to collect stars and defeat Bowser.

Next, Super Mario Sunshine launched on GameCube in 2002. It takes Mario to the tropical Isle Delfino, where he’ll need to save Princess Peach from Shadow Mario, who has also covered the island in gunk.

Finally, Super Mario Galaxy was released on the Wii in 2007. It allows players to travel to different galaxies, where they’re challenged to collect stars in order to rescue Princess Peach and defeat Bowser.

Super Mario 3D All-Stars will be released on Switch on September 18, 2020 for $59.99. You’ll be able to download the collection digitally, and/or purchase a physical copy of the game at retail stores. However, the game will have a limited production run, so physical copies will be limited. In addition, the digital version of the game will only be available to download until the end of March in 2021.

Super Mario 3D All-Stars is rated E for Everyone by the ESRB.

If you’re interested in picking up either version of the game, you can now pre-order the digital version of Super Mario 3D All-Stars on the Nintendo eShop, and/or pre-order a physical copy from Best Buy (other retailers may put up pre-order pages for the physical version in the future).

Is your family excited to try this collection of three Super Mario games? Let us know on Twitter at @superparenthq.