The Sims 4 Is Getting a Star Wars: Journey to Batuu Game Pack 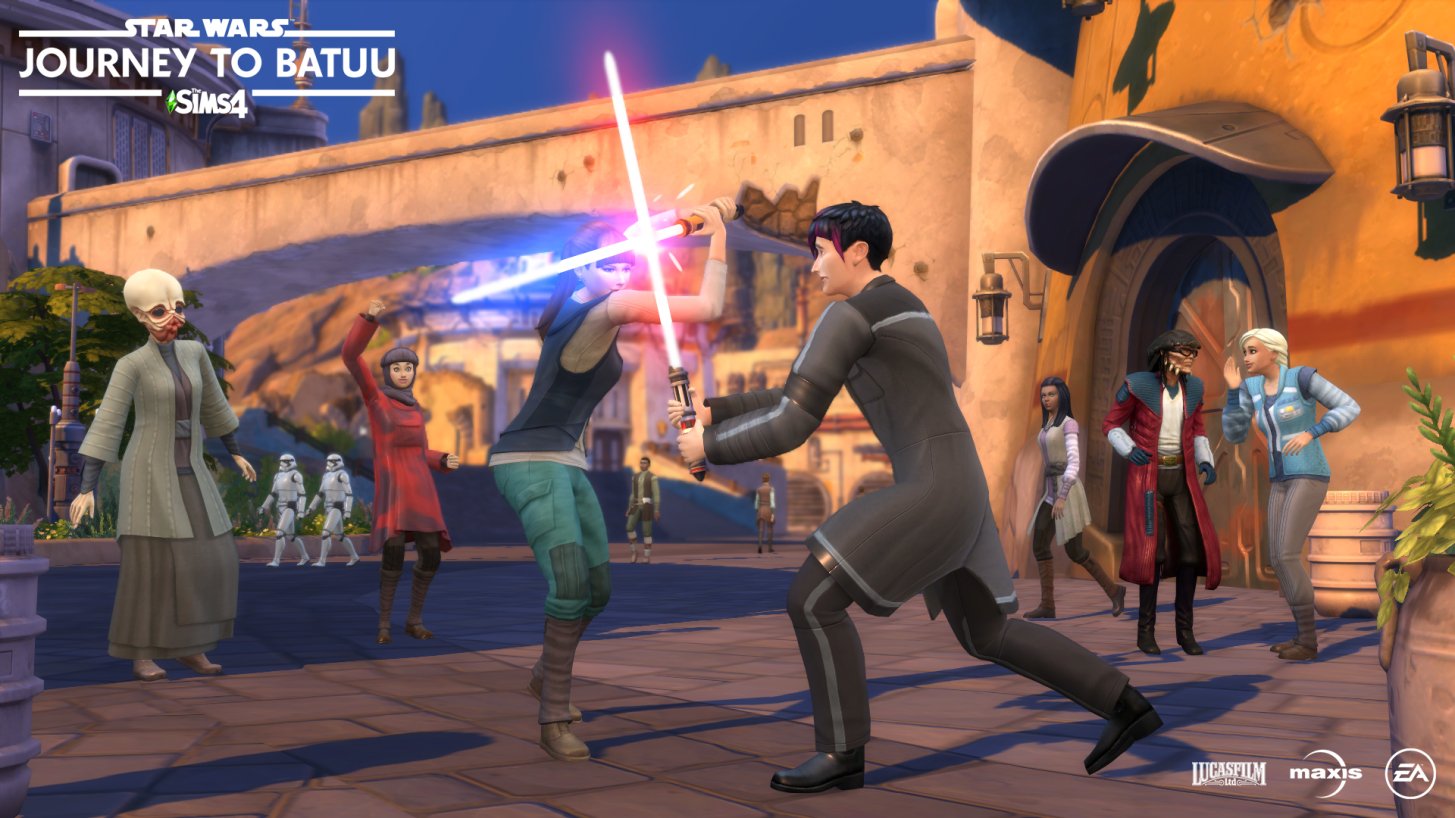 The Sims 4 has been updated with lots of premium content since its launch in 2014. For instance, you can buy the Nifty Knitting Stuff Pack to teach your Sims how to knit and “sell” their products on a fictitious website, while the Tiny Living Stuff Pack lets your Sims enjoy all the comforts of home in a small space.

The game’s next downloadable content pack (DLC) is quite different from the add-ons that have been recently released. Instead of focusing on realistic activities and hobbies, it will bring the world of Star Wars to the life simulation game.

The Star Wars: Journey to Batuu Game Pack will allow you to take your Sims to Batuu and the Black Spire Outpost, where you can complete missions for the First Order or Resistance in order to increase your Sim’s reputation with each faction.

Once you choose the faction you want to support, in-game characters will react to your Sim accordingly, and you’ll be able to interact with different characters from the Star Wars universe (such as Rey and Kylo Ren).

In addition to completing missions, this new DLC will let you collect parts to create your own lightsaber. According to a blog post on the EA website (EA is the publisher of The Sims 4), “[p]racticing with a lightsaber or sparring with other Sims builds the Fitness skill…” You’ll also be able to purchase a Droid that will follow your Sim around and help out on missions. Droids will even come back with your Sim when they leave Batuu.

Finally, the Star Wars: Journey to Batuu Game Pack will include a variety of Star Wars-inspired home decor items and recipes that you can play around with even when you’re not visiting Batuu.

The Sims 4 Star Wars: Journey to Batuu Game Pack will be released on PlayStation 4, Xbox One, PC, and Mac on September 8. You’ll need to own the base game of The Sims 4 in order to access this new content.

The Sims 4 is rated T for Teen by the ESRB.