Animal Crossing New Horizons: How to Catch a King Salmon 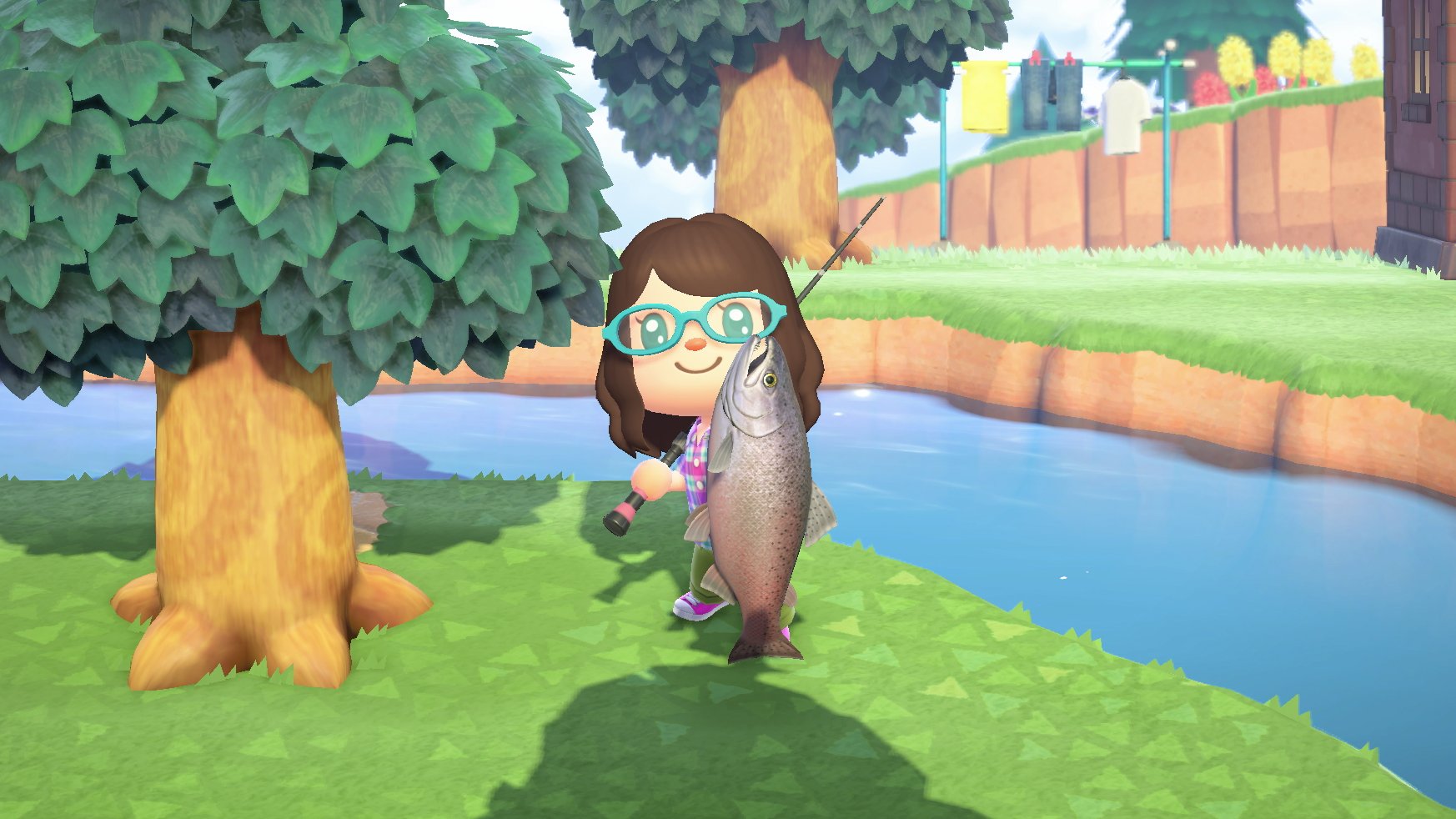 There are three kinds of salmon available to catch in Animal Crossing: New Horizons. While the cherry salmon is available to catch during multiple months of the year, the other two (the salmon and the king salmon) will only appear for a single month before disappearing.

Here’s everything you need to know about finding and catching a king salmon in Animal Crossing: New Horizons!

King salmon have a large shadow (larger than the shadow for the regular salmon). Check out our gameplay video below to see the exact shadow you’re looking for when you’re trying to catch one of these fish.

A single king salmon can be sold for 1,800 Bells at Nook’s Cranny, or for even more if you sell it to C.J. when he visits your island. Keep in mind that you’ll also need to donate one of these fish to Blathers at the museum if you want to finish your museum’s fish collection.

In our experience, the king salmon is a fairly common fish in New Horizons. Even so, it will still take you quite some time to track down one of every fish in the game. That being the case, you may want to check out the ChargePlay Clutch from HyperX. It can extend your device’s battery life so you can play New Horizons (and other Switch games) for a longer period of time before having to charge your Switch. Head over to HyperX’s website to learn more about the ChargePlay Clutch and the company’s other Switch accessories.