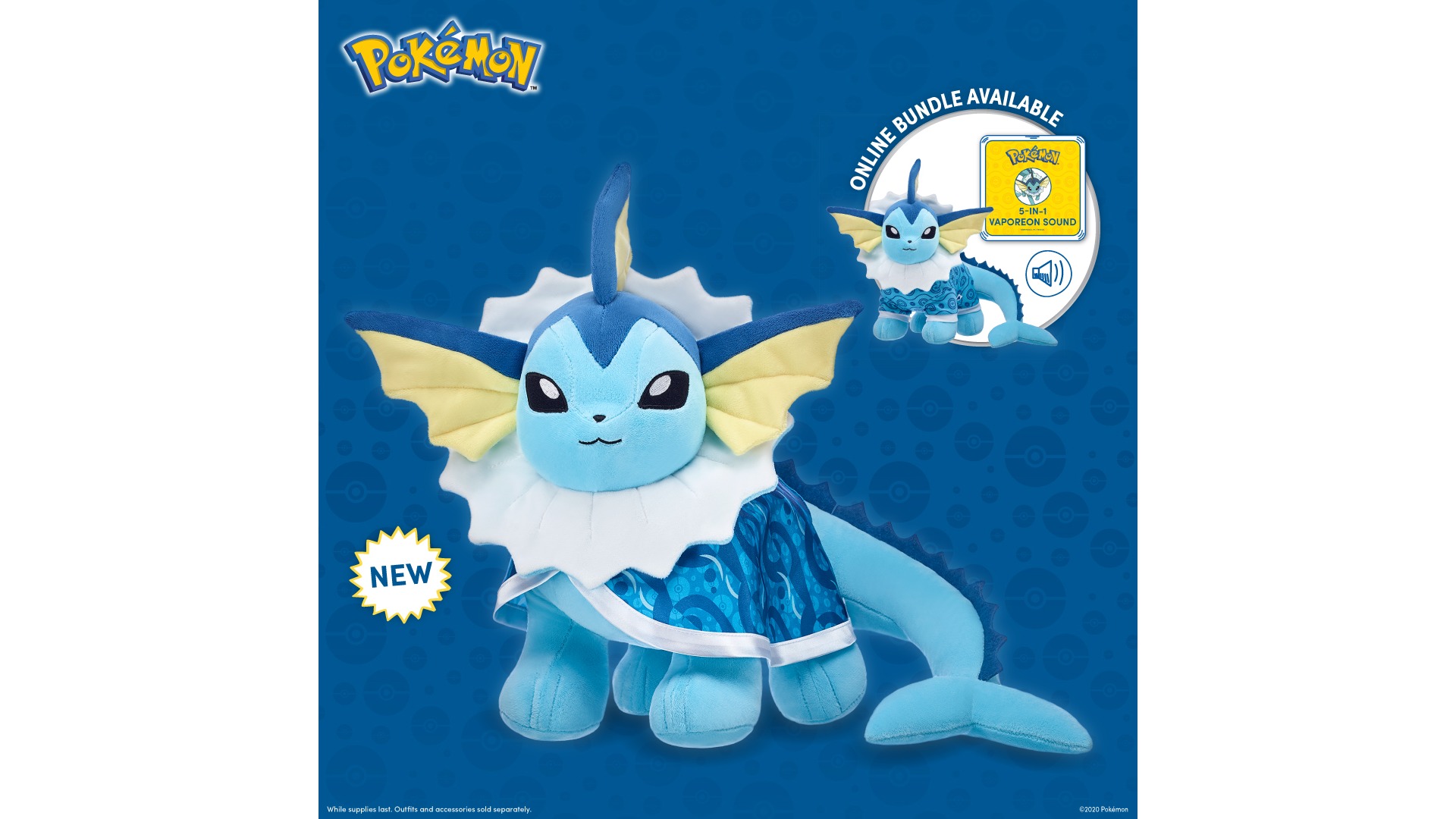 Eevee’s Water-type evolution is available to purchase online in an “Online Exclusive Vaporeon Bundle” that costs $64. The bundle includes the 12-inch tall Vaporeon plushie, as well as a Vaporeon Poke Ball Sleeper (pajamas), and a Vaporeon Water-type Cape for the stuffed animal to wear. It also includes a Vaporeon 5-in-1 Sound module, which will be placed inside the Pokemon so that it can make noises.

According to the Build-A-Bear wesbite, "Pokémon products are only available as exclusive bundles when purchasing online." If you aren’t interested in the entire bundle, you may be able to buy these items individually at Build-A-Bear stores that have reopened following their closures due to the ongoing COVID-19 pandemic.

Vaporeon is the third Eevee evolution to be released at Build-A-Bear so far. Flareon was released in January (though it's no longer available online), and Jolteon made its debut in May. Eevee itself is also available.

If you want to add even more of Build-A-Bear’s Pokemon plushies to your collection, now is a good time to do so, since every other bundle (except for Vaporeon) is currently on sale for up to 30 percent off for a limited time.

Will you pick up this Vaporeon plushie? Let us know on Twitter at @superparenthq.