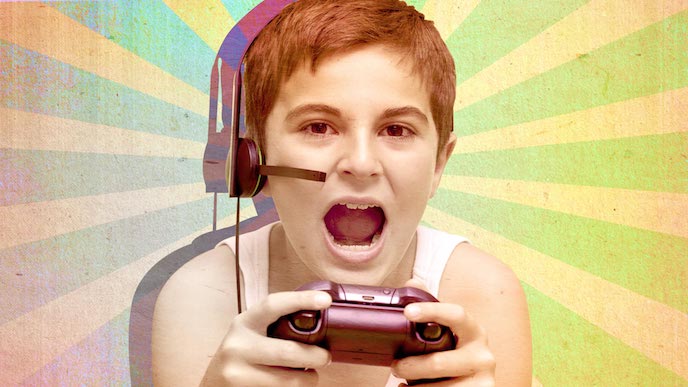 With the World Health Organization officially categorizing “gaming disorder” as an addictive behavior pattern that can be considered a disease, people are looking a little closer at the effects video games have on the brain and personality.

I’m certainly not an alarmist when it comes to gaming – I’ve been playing video games since the early 1980s, and I’m a well-adjusted husband and father with a good job. But there’s no denying that, consciously and unconsciously, developers have been catering to addictive triggers to make their experiences more popular and financially successful.

Let’s take a dive into the brain to learn about the paths to video game addiction, how designers encourage them, and what you can do to fight back.

In my opinion, the biggest science story of the millennium is how quickly our culture is evolving and how slowly our brains are keeping up. For the vast majority of human existence, we lived subsistence hunter-gatherer lives, always one meal away from starvation. Technology has eradicated that struggle for most of the developed world, but our brains haven’t gotten the message yet. At a deep level, we subconsciously believe that we need to always be stockpiling against an uncertain future.

Our brain sees virtual objects in much the same way as it sees real ones. Even though we consciously know they’re of no value, a deep-rooted desire to obtain and store things pushes us to get more. That’s why so many games feature collecting as a key mechanic. From the earliest days of Pac-Man gobbling dots to modern platformers like the Super Mario series where you’re incentivized to look in every nook and cranny for coins and power-ups, the desire to accumulate is a powerful one. It’s easy to trick our brains into thinking that this virtual gathering is as “useful” as it is in the real world.

Video games are tests of skill, right? Sure, but skill doesn’t feed addiction like chance does, so designers have been moving more and more toward introducing elements of randomness to their games. Researchers have shown in studies on rats that if rewards are given in a predictable way, they will lose their appeal. So deep in the code, games spin a wheel and deliver rewards unevenly.

The principle is called “variable-ratio schedule reinforcement,” and it was innovated by pioneering psychologist B.F. Skinner, who ran an experiment where rats could push a lever to receive a food pellet. One group got a pellet on a set schedule of pulls, while the others were given them randomly. The scheduled rats eventually lost interest, but the randomized rats would pull the lever over and over, even after they’d got more food than they could eat.

In his 2011 TED talk, designer Tom Chatfield was disarmingly honest about the reward percentages he built. He says that the sweet spot is getting what you need 25% of the time – it’s enough so players feel it’s attainable, so they keep pushing the buttons.

One of the best examples of this method going right now is “loot boxes,” which let gamers open randomized packages that can contain a variety of in-game items and rewards. These boxes are often purchasable for real currency, but the digital goods they contain are essentially valueless. But game publishers have learned that people are more likely to spend on the chance then they are on the item itself.

Many countries have already classified loot boxes as gambling systems, and the general public is starting to push back on the concept. After EA’s Star Wars Battlefront II launched with ridiculous immersion-breaking boxes that fell from the sky into the middle of combat, the company removed them entirely and might not ever put them back in.

It’s no coincidence that the rise of video game addiction came hand in hand with the boom in global networked multiplayer games. When you’re playing games alone, the constraints placed on your time are ones of family, career, and health – all of which can be pretty easily understood. But when a social element is introduced into gaming, and designers build structures to exploit it, a new vector for addiction is created.

In many of these games, cooperation is key to success. And that cooperation is contingent on players gaming at the same time. The most obvious example is something like a raid in World of Warcraft, where every member of a “guild” needs to show up and play their roles in order for the team to conquer the big bad monster and get the loot. That social pressure is an incredibly powerful motivating factor, and it’s leveraged in many different ways – think Facebook games like FarmVille using real-world relationships to improve your virtual crops.

A popular perception of human culture is that we’re always self-organizing in hierarchies, continually competing for social status, mating privilege, and more. Whether that’s true or not, it’s an observable motivator in many areas of human competition.

This is one of the earliest tools that video games tapped into to encourage addiction. From nearly the beginning, arcade games allowed players to record their initials if they attained the high score on a machine. They’d stay at the top of the totem pole until a better player unseated them or the arcade owner unplugged the game. It wasn’t long before a culture of record-setting sprang up around those high scores, and even home video games – where your score wasn’t even saved – featured a numerical representation of your in-game success almost universally.

The advent of networked gaming allowed those leaderboards to be shared all around the world. Suddenly, you could compare your skills with everybody else who had ever played that game, and the constant shifting of those rankings created a new insecurity that designers could tap into in order to keep players plugged in.

Early video games were fairly constrained in terms of play time – you got however much a quarter gave you, and unless you had savant-like skills, that would typically be a few intense minutes. That was certainly enough to trigger some of the addictive hooks we described above, but they were curtailed by economics and technology.

Modern games, though, aren’t built with those restrictions in mind. And some of the most addictive titles turn that concept on its head, offering a seemingly limitless amount of play time for a single purchase. Consider Minecraft, which offers a digital sandbox of play and exploration that can be different every time, or online multiplayer games like Call of Duty where the combat shifts depending on the people on the other end of the modem. That kind of novelty is incredibly seductive, and games are really the only medium that can promise it.

Designers don’t use these methods with nefarious intent most of the time – their end goal is to make something that people enjoy playing, not to create a culture of addicts. But it’s important to remember that things that feel good aren’t always good for you. Gaming can provide mental rewards without the risk of actual struggle, letting players retreat into fantasy to feed their inner needs.

The best way to mitigate these addictive tendencies is to be aware of them and set reasonable limits on gaming time and expenditure. Just like any other kind of addiction, external pressure can be a huge help. The study of gaming addiction is still in its infancy, but the more we learn, the more we’ll be able to stay healthy.