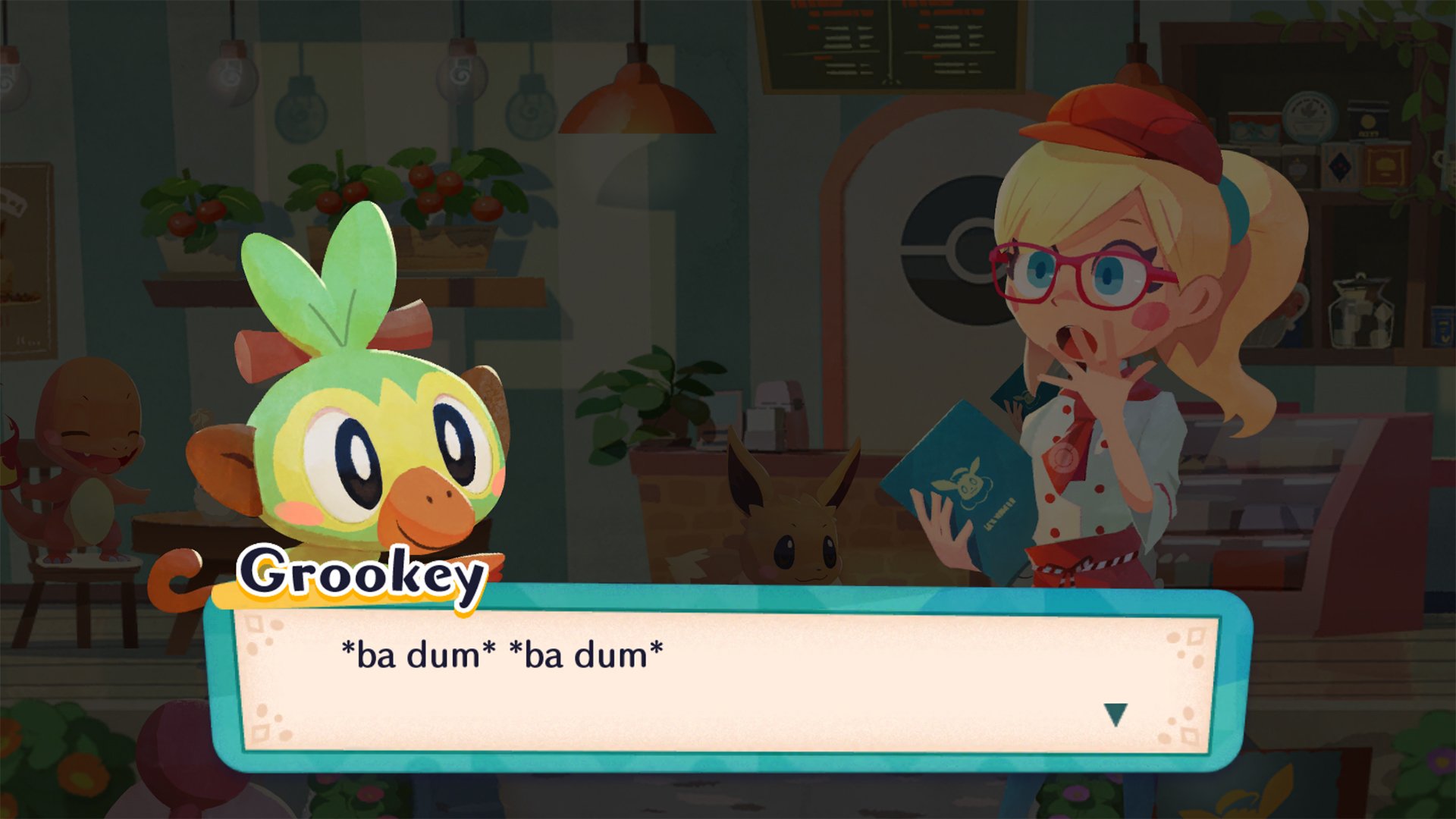 Pokemon Cafe Mix has been downloaded more than five million times on iOS and Android devices since it was released in June 2020. The free-to-play puzzle game allows players to create their own Pokemon cafe, where they’ll work alongside Pokemon helpers to serve food and drinks to friendly Pokemon guests. (Learn more about the game in our SuperParent First Look.)

To celebrate this download milestone, players can login to the game between now and August 29 at 10:59 p.m. PT to receive 5,000 Golden Acorns and six power-ups that can help them complete stages.

In addition, from now until August 25, 2020, Grookey will have the chance to appear as a customer in your cafe. You’ll have the chance to serve Grookey multiple times, and your friendship with the Grass-type Pokemon will strengthen each time you do. If you can raise your friendship level with Grookey enough before this event ends, it will join your cafe as a member of your staff.

While Grookey will only be around for a limited time, three other Pokemon have been added to the game’s regular lineup of visitors: Wobbuffet, Buizel, and Audino.

Finally, according to the Pokemon Cafe Mix website, the Mythical Pokemon Celebi will come to the game in the future, though the website doesn’t say when this will happen.

Keep checking back with SuperParent, as we’ll make sure to let you know when Celebi is added to Pokemon Cafe Mix!