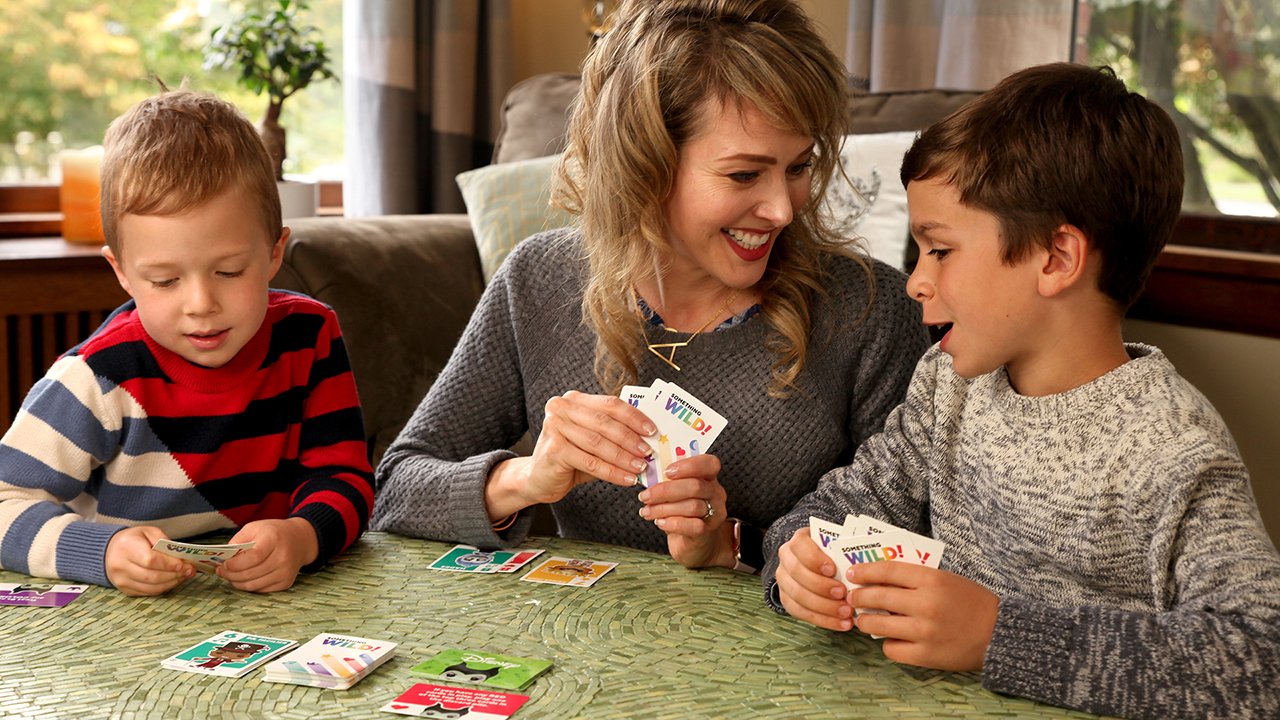 In 2019, Funko Games released the first titles in its line of Funkoverse strategy games, which allow you to mix and match characters and elements from the different games in the product line (Harry Potter, The Golden Girls, DC Comics, and more) to create a unique gameplay experience.

Now, Funko Games has created Something Wild, a new line of Disney-themed card games that shares Funkoverse’s “mix-and-match” idea, but with a simpler setup that even younger kids can enjoy.

What is Something Wild?

At launch, there are six Disney-themed Something Wild Card Games to choose from, each containing 55 cards and a small Funko pop figure measuring roughly two inches tall:

How is Something Wild played?

Something Wild can be played by 1-4 players, with a recommended age rating of 6+. The goal is to be the first player to score “three Powers” (three points) by creating “runs” or “sets” of cards (think games like Rummy or Phase 10). A set is a group of three cards with the same number, while a run is a group of three cards of the same color that have consecutive numbers (for instance, Red 1, 2, and 3.)

On your turn, you’ll draw a card from the Character Card deck into your hand, and you’ll then need to play a card from your hand to the space in front of you where you’ll build your sets and/or runs. (The Character Cards featuring each game’s mascot character -- Woody in the Toy Story game, Genie in the Aladdin game, and so on -- have a small rule that can be activated whenever the card is played.)

There’s a bit of light strategy at play here. That is, you can keep an eye on the cards your opponents are playing and use that information (or not) to tweak your own actions.

You can only have five cards in the area in front of you at the end of your turn. If you haven’t created a set or run by the time you’ve played five cards, you’ll need to discard cards that you’ve already played until you’re back down to five.

Power Cards have various effects on the game. For instance, one may tell you to “Treat yellow cards as any color,” while another may tell everyone to “pass a card in [their] hand to the next player.”

The figure will move from person to person anytime someone plays a card that has the same color as the Power Card on the top of the deck. This means the figure may move on each and every turn, which introduces lots of different “tweaks” into the gameplay as players choose to use powers (or not).

Finally, each version of the Something Wild Card Game has different Power Cards available, which adds extra variety to the game even after you’ve mastered the basics.

And you can mix multiple Something Wild games together?

Yep! When you combine two or more games, all of the Character Cards are shuffled together to create one larger draw deck. However, all of the Power Cards are kept in separate piles. That means you can have up to six of these piles on your table at once, each with an active Power Card on top.

If two or more of these Power Cards have the same color, you can choose which figure you want to take when you play a card of the matching color. To be clear, you’re allowed to have multiple figures in front of you at one time, but you can only claim one figure per turn.

Similarly, when you’re using multiple games and you score a Power (a point), you can choose any of the active Power Cards in the center of the table to place in front of you. However, you can only “use” a Power Card that’s in front of you if you also control its matching figure.

Since combining decks causes the Powers system to become more complicated (but not overly so), we recommend starting with just a single Something Wild game until your family is fully familiar with the rules, and then gradually increasing the number of games in play.

Is there anything else parents need to know about these games?

Since the character cards have such a simple design, you can easily use them to create your own games and activities outside of the Something Wild ruleset -- for instance, by playing a game of Go Fish or Memory Match. And since the cards have large numbers and bold colors (plus that adorable artwork), they’d be good to use as flash cards to help littles with their number, color, and pattern recognition.

Finally, while you have the option to purchase all six Something Wild games in this initial release, you’re not required to do so to get the full game experience, which we greatly appreciate.

What’s the final verdict? Is Something Wild a fun game?

Something Wild is a fun, approachable game that can help younger players practice their strategic thinking. At the same time, the familiar “Rummy-style" rules make it an enjoyable experience for older players as well.

If your family is into quick card games (bonus points if you’re Disney fans), we recommend checking this one out.

The Something Wild Card Games will be released on Amazon on August 15 for around $7.99 (they’re currently available for pre-order). The games are also available (or will be) at other retailers, though prices may vary.