A New Princess Bride Tabletop Game Is Coming This Fall 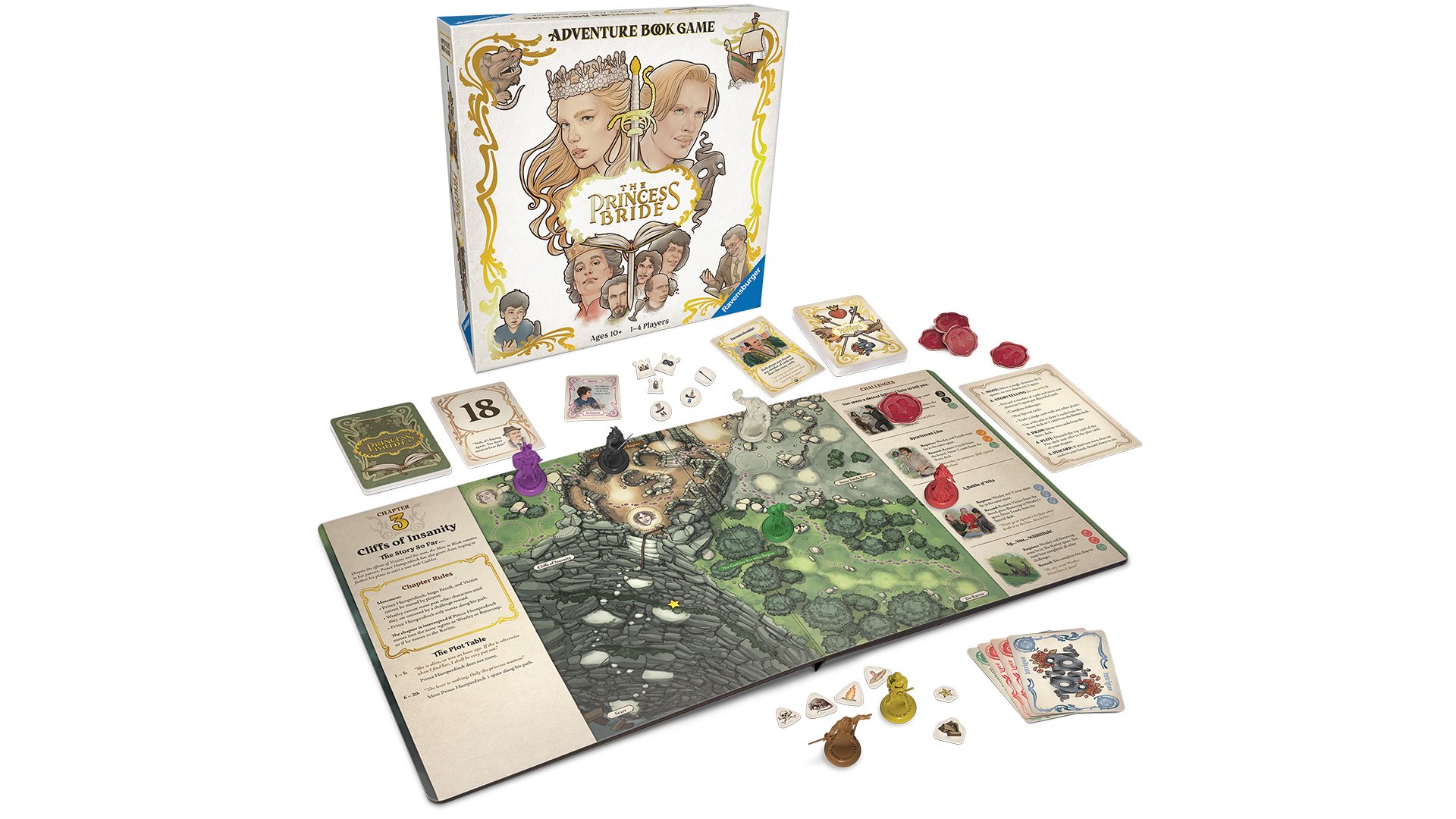 Tabletop game and puzzle manufacturer Ravensburger revealed a new family-friendly tabletop game based on the classic film The Princess Bride.

The game is called The Princess Bride Adventure Book Game, and it will allow 1-4 players aged 10+ to work together to guide the film’s characters (Buttercup, Westley, Fezzik, and Inigo) through six different chapters while trying to keep the plot from being derailed. Players will need to watch out for enemies like Prince Humperdink, Count Rugen, and Vizzini.

Rather than containing a single, traditional game board, The Princess Bride Adventure Book Game is played on multiple game boards within a “book,” which will take players to many locations from the film.

If players successfully complete all six chapters, their group will win the game. Each chapter is expected to take 15 minutes to complete, for a total play time of around 90 minutes.

The Princess Bride Adventure Book Game will be released at Target on October 4 for $24.99.

This isn't Ravensburger's only tabletop game that's based on a classic film. For instance, the company previously released games based on Jaws and Back to the Future.

Are you excited to play this cooperative game based on The Princess Bride? Let us know on Twitter at @superparenthq.