Animal Crossing New Horizons: How to Catch a Giraffe Stag 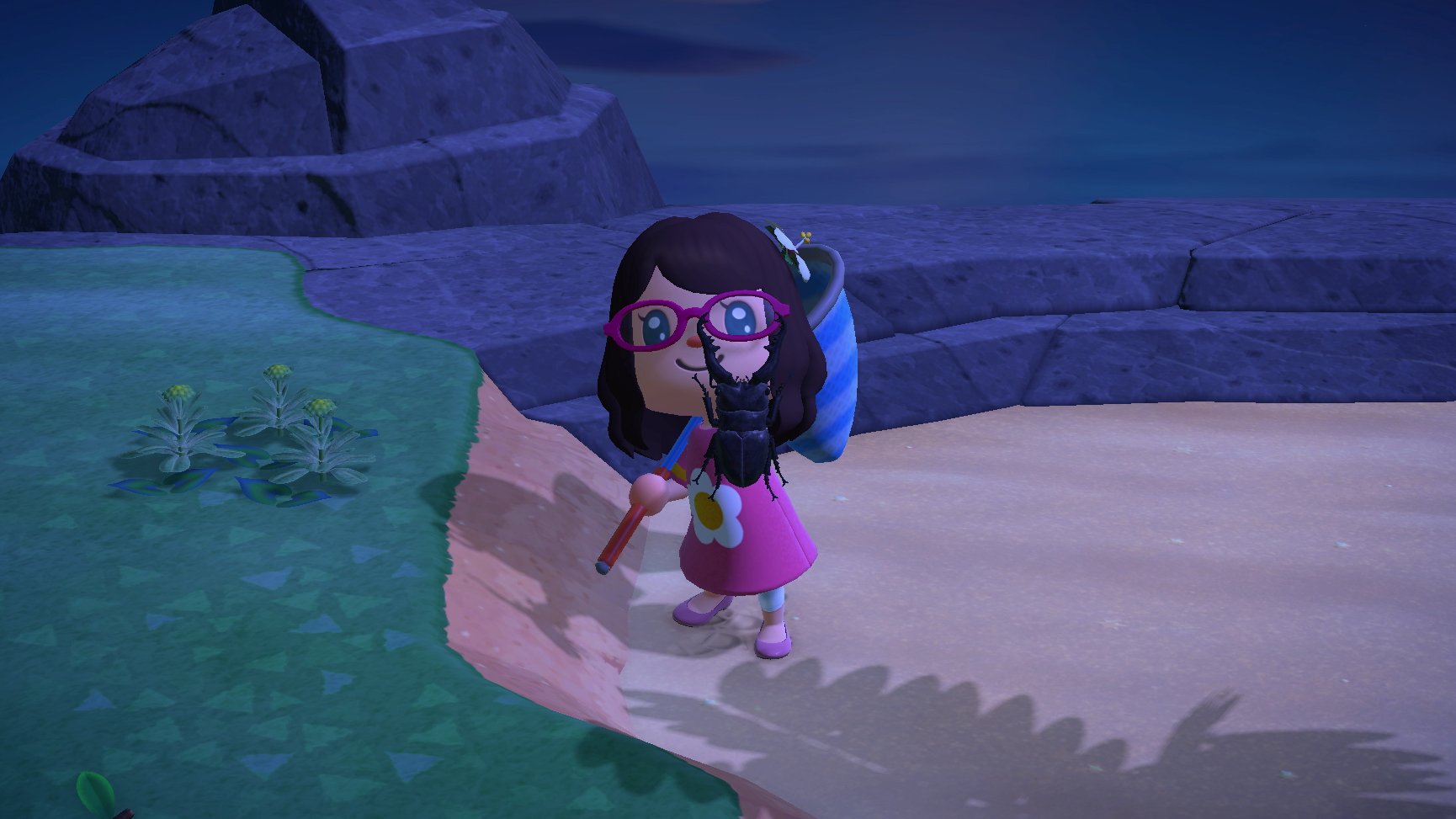 In Animal Crossing: New Horizons, there are multiple insects that will only appear on the sides of palm (coconut) trees. One of these is the giraffe stag, and it’s now appearing on islands in the Northern Hemisphere.

In our experience, the giraffe stag is a skittish bug, which will run away if you get too close without “sneaking.” We recommend holding “A” to draw your net as soon as you spot one of these insects, and then slowly walking toward it. That way, you’ll have a better chance of capturing this insect without scaring it off.

The giraffe stag also seems to be rather rare. You may be able to improve your chances of finding one of these insects if you use a Nook Miles Ticket to travel to a mystery island. That way, you can encounter lots of bugs in a relatively small area, rather than running back and forth across your larger home island.

Check out our short gameplay video below to see exactly what a giraffe stag looks like when it’s hanging on the side of a palm tree.

Giraffe stags can be sold for 12,000 Bells each at Nook’s Cranny, or for even more if you sell them to Flick when he visits your island. With such a high price, it’s worth catching every giraffe stag you see! Just remember that you’ll need to donate one of these bugs to Blathers at the museum to finish your insect collection.

Since the giraffe stag is so rare (and so skittish), it may take you quite a while to catch one. That being the case, check out the ChargePlay Clutch from HyperX. It can extend your device’s battery life so you can play New Horizons (and other Switch games) for a longer period of time before having to charge your Switch. Head over to HyperX’s website to learn more about the ChargePlay Clutch and the company’s other Switch accessories.