Animal Crossing New Horizons: How to Catch a Ray 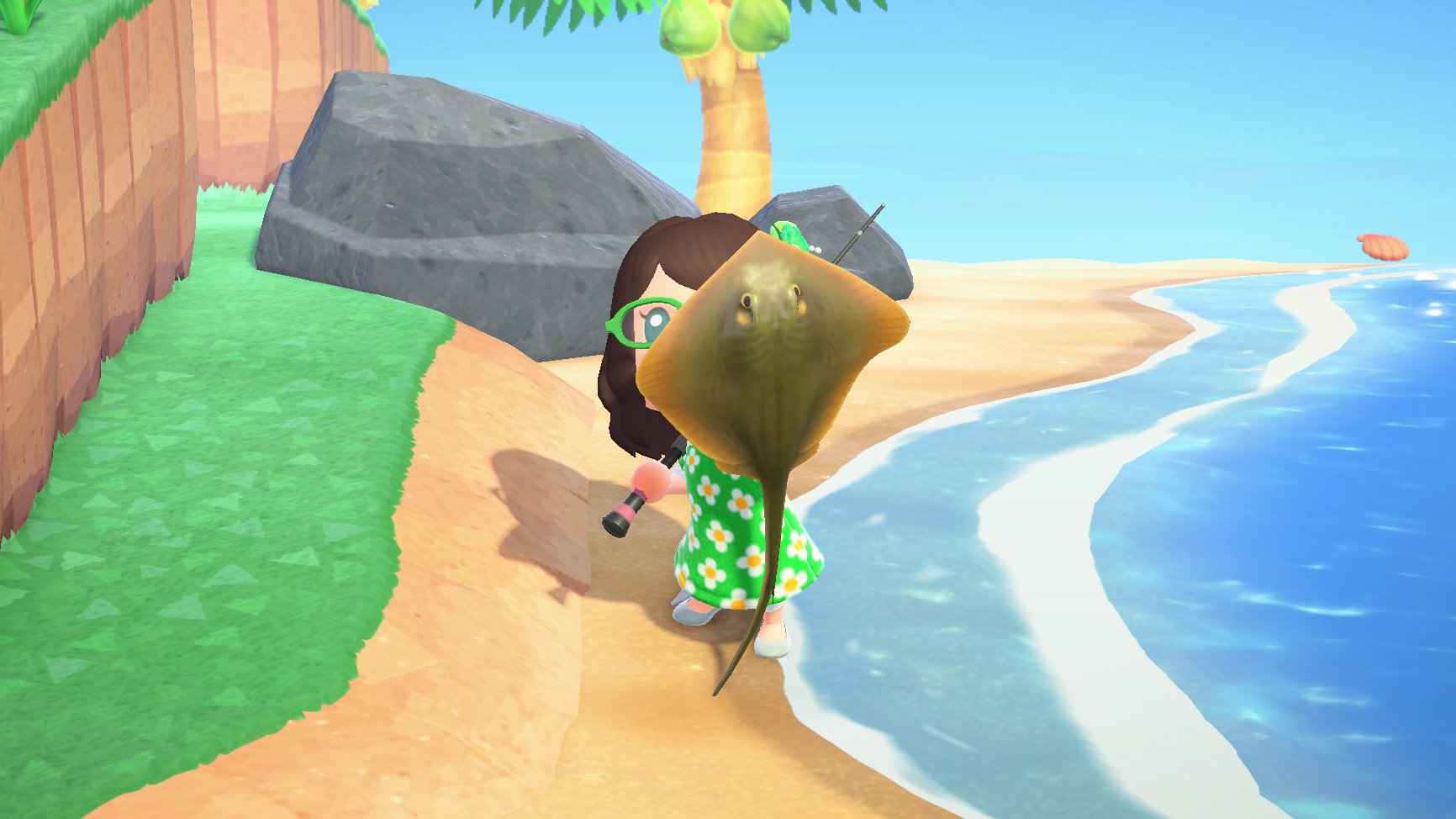 In Animal Crossing: New Horizons, there are lots of different fish available to catch in the oceans surrounding our islands. One of these fish is the ray, which is now appearing around islands in the Northern Hemisphere.

To be specific, the ray will appear on islands in the Northern Hemisphere from August to November. According to AllGamers, players with islands in the Southern Hemisphere can catch this creature from February to May. The ray can appear in the ocean surrounding your island at any time between 4 a.m. and 9 p.m.

The ray has a large shadow, which is the same shadow for fish like the sea bass and olive flounder. Check out our gameplay clip below to see the exact shadow size you’ll need to look for when you’re trying to add a ray to your collection.

Rays can be sold for 3,000 Bells each at Nook’s Cranny, and you can earn even more for them if you sell them to C.J. when he visits your island. Plus, if you want to finish your museum collection, remember that you need to donate one of these fish to Blathers.

Since multiple fish have the “large” shadow in New Horizons, you may need to fish for quite a while before you actually find a ray. That being the case, check out the ChargePlay Clutch from HyperX. It can extend your device’s battery life so you can play New Horizons (and other Switch games) for a longer period of time before having to charge your Switch. Head over to HyperX’s website to learn more about the ChargePlay Clutch and the company’s other Switch accessories.