Pikmin 3 Deluxe Will Blast Off on Switch This October 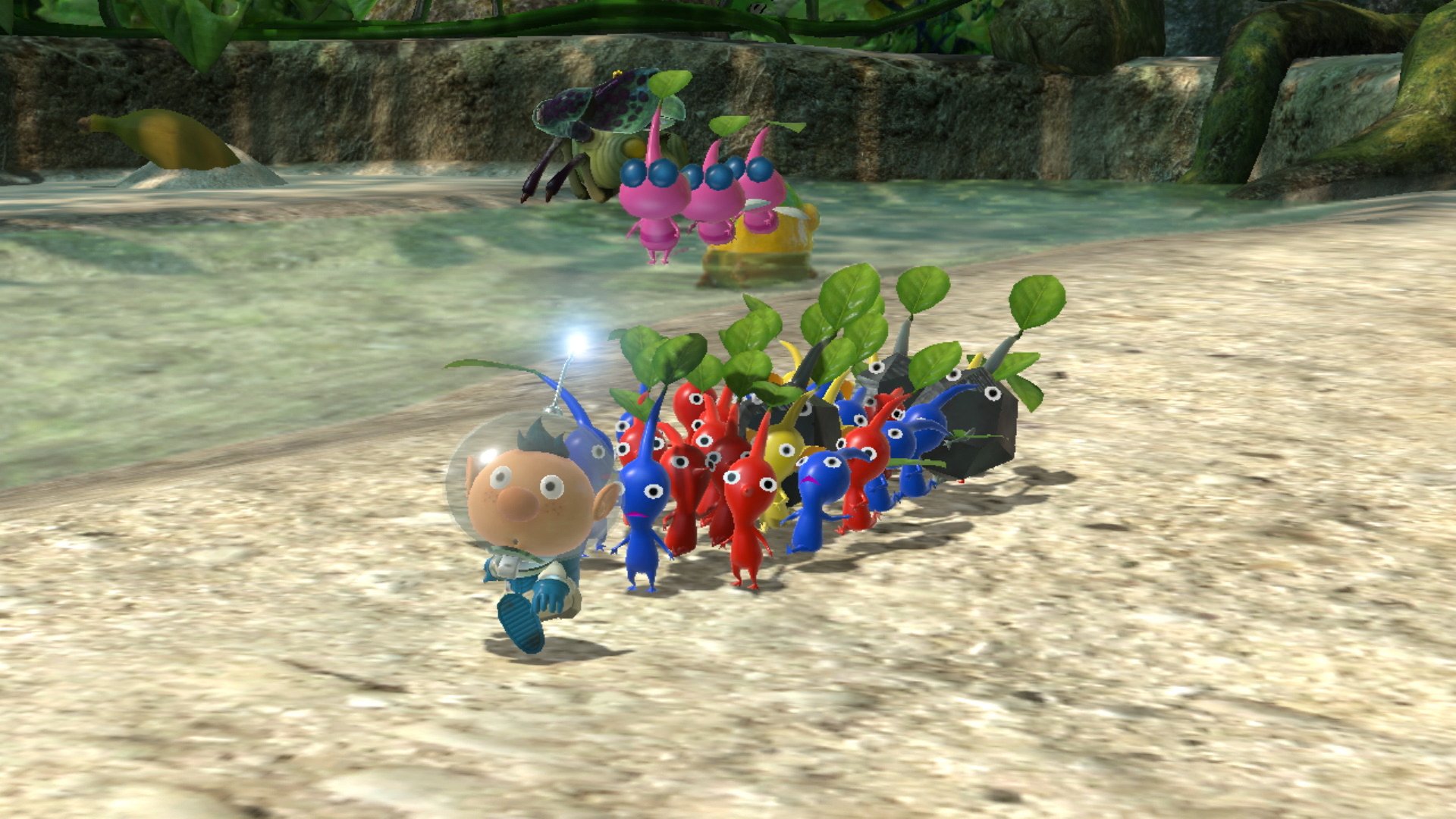 Pikmin 3 was originally released on Wii U in 2013. Now, Nintendo is re-releasing the game on Switch in an updated experience called Pikmin 3 Deluxe.

In Pikmin 3 Deluxe, players will need to help three ship captains explore a strange planet on their quest to save their home world. The game is filled with small, colorful creatures called Pikmin, and you’ll be able to command them to complete tasks as you play. You’ll need to use Pikmin to collect items, battle enemies, and solve environmental puzzles.

Pikmin come in different colors, and each color (blue, pink, etc.) has different abilities. You’ll need to use the right Pikmin in each situation depending on your current task.

This updated version of Pikmin 3 will include new features, such as the ability to play through the game’s story mode cooperatively with a friend. There will also be new side missions to complete, which can also be played with another person cooperatively. You’ll have new difficulty options to choose from, the game will feature lock-on targeting, and it will even include “optional hints” that can help you make your way through the game.

Finally, the game will include all of the “Mission mode DLC stages” from the original release of Pikmin 3.

In a press release, Nick Chavez, senior vice president of sales and marketing at Nintendo of America, commented on the game:

“Pikmin 3 Deluxe brings this classic franchise to life on Nintendo Switch, introducing a new audience to its beloved characters and gameplay, while also welcoming back returning players with new challenges. With Pikmin 3 Deluxe, the Nintendo Switch library of software continues to grow with a variety of games for everyone to discover and enjoy.”

Is your family excited to play Pikmin 3 Deluxe on Switch? Let us know on Twitter at @superparenthq.