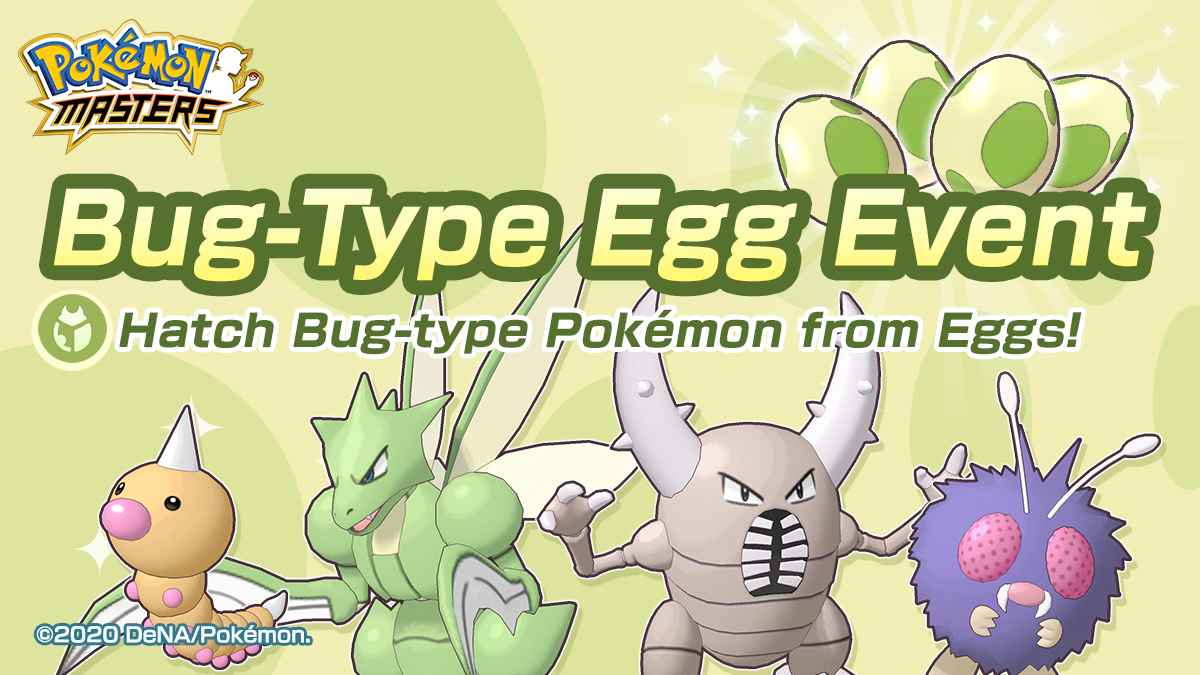 Pokemon Masters was originally released in August of 2019. The free-to-play mobile game lets players become a Pokemon Trainer who travels to the island of Pasio to compete in the Pokemon Masters League tournament. Along the way, players will recruit a large number of Sync Pairs to their team, with each Sync Pair having one trainer and their partner Pokemon (such as Misty & Starmie or Brock & Onyx).

The latest update for Pokemon Masters added new limited time events to the game, and it also introduced some major changes to the title’s basic gameplay mechanics.

To start, a Bug-Type Egg Event is running from now until August 2 at 10:59 p.m. PT. It will allow you to collect eggs that will contain Bug-type Pokemon, such as Scyther, Weedle, Pinsir, and Venonat. There's even the chance you may hatch Shiny versions of Pinsir and Scyther.

Plus, a Summer Superstars Story Event is available from now until August 16 at 10:59 p.m. PT. You’ll need to have completed at least Chapter 1 of the game’s Main Story to participate in this event.

In terms of general gameplay updates, a Stamina system has been added to the game “on a trial basis.” Players have a limited number of stamina points (which recharge over time), and they’ll spend stamina to complete story missions and participate in certain battles. This is a major change, since the game previously didn’t have an “energy system” that limited the amount of time you could play in a single session.

Elsewhere, skip tickets have been introduced, which can be used to instantly skip battles while still earning their rewards.

In addition, all Sync Pairs will now have all of their moves unlocked instantly when you collect them. Before this update, you had to unlock a Sync Pair’s moves manually over time. Plus, all Sync Pairs now have an initial level cap of 100.

To view all of the other gameplay changes included in this update (there are quite a few we didn’t mention), head over to Pokemon Masters game’s website.

What do you think of these changes to Pokemon Masters? Let us know on Twitter at @superparenthq.