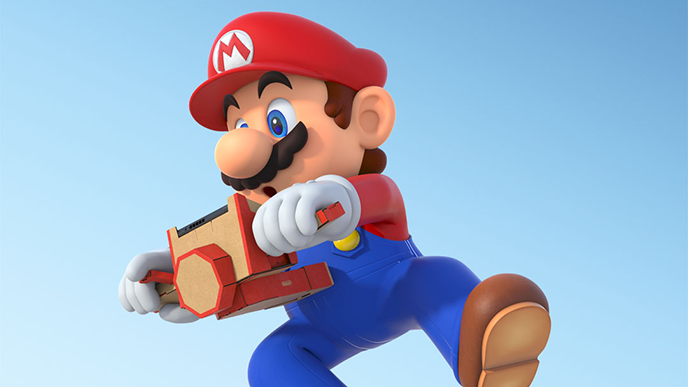 Nintendo launched Nintendo Labo back in April. It enables kids to build their own Switch controllers out of cardboard and use them to play a variety of mini-games (or create their own). Labo’s only been out for a few months, but if your little ones have already moved onto something else, here’s something that may get them to pick up their cardboard toys once again.

You can now play Mario Kart 8 Deluxe using the cardboard motorcycle handlebars included in the Nintendo Labo Variety Kit. Mario Kart 8 Deluxe was launched on Switch in April 2017, and its wide variety of colorful race tracks, playable characters, and vehicles make it one of the best kids games on the system.

While racing, players can twist the right handlebar to accelerate and turn the handlebars to change their vehicle’s direction. The Joy Con’s buttons can be used to activate items, slow down, and drift. If you have multiple Nintendo Labo Variety Kits, up to four players can race at the same time using their own set of handlebars (one set is included in each kit).

Mario Kart 8 Deluxe is the first game to be updated with Nintendo Labo support, but Nintendo said additional games will receive similar updates in the future. This should help Labo retain or even regain some popularity over time, as the game’s initial hype died down pretty quickly after its initial launch.