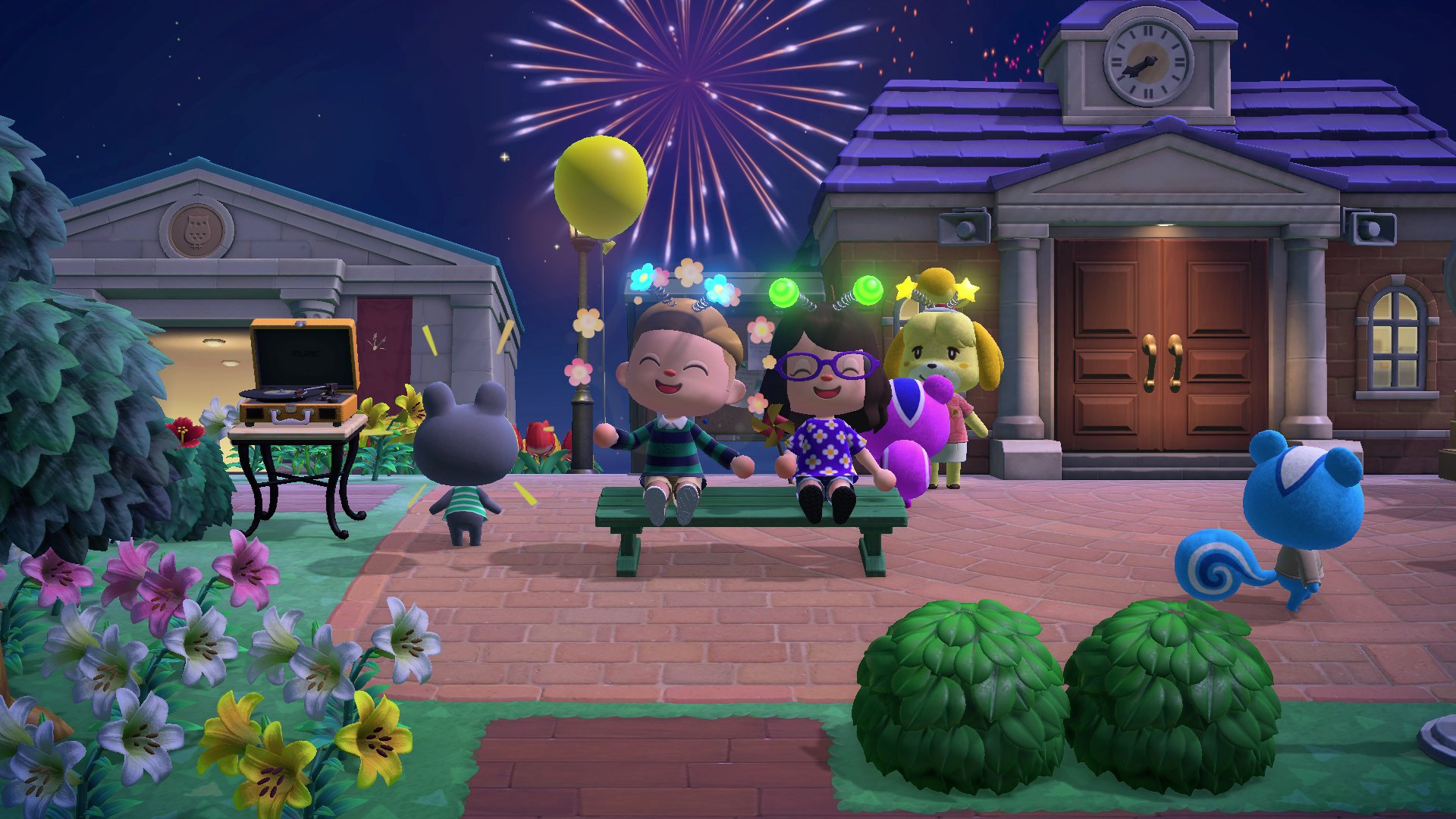 The second wave of the large Summer Update for Animal Crossing: New Horizons added two cool new features to the game: Dreaming and Fireworks Shows. We’ve already brought you an in-depth guide about the Dreaming feature, and now, it’s time to take a look at the fireworks shows!

Here’s everything you need to know about this fun event!

When the show begins, fireworks will be shot into the night sky for you to enjoy. Plus, Redd will set up a booth in the plaza on your island, where he’ll sell raffle tickets for 500 Bells each. Each ticket will give you a prize, but you won’t know what the prize will be until you purchase a ticket.

From there, you’ll automatically place your hand into the raffle box and pull out a ticket with a number. The number will determine the prize you’ll receive.

Once you’ve received a prize, you can immediately purchase another ticket for 500 Bells by selecting “Yeah, let’s go!” or you can move on by choosing “Nah, I’m good.”

Some of the prizes we’ve received from this raffle include a Yellow Balloon, a Red Balloon, a Pink Balloon, a Blue Balloon, a Blue Sparkler, a Tweeter (a noisemaker that your character blows into), an Uchiwa Fan, a Pinwheel, and a Fountain Firework.

In addition to purchasing raffle tickets, you can also talk to Isabelle during a fireworks show. She’ll be standing outside the Resident Services building. When you do, she’ll give you a present -- we received a free Bulb Bopper, which is a light-up headband.

Here are some other things to keep in mind when it comes to these Fireworks Shows:

Sparklers (pictured below) are one-time use items. You can carry them around forever so long as you don’t light them. However, when you press “A,” you’ll light the sparkler, and it will only sparkle for a limited time. During this time, you can press A again to wave your arm around to see a pretty light trail.

Friends can visit your island during a fireworks show and purchase their own raffle tickets. When a friend visits, they can also talk to Isabelle to receive a free prize. It may not be the same prize that you received.

Finally, the Fountain Firework (pictured below) is a one-time use firework that you place on the ground and then light. It will animate for a few seconds before stopping. When it’s done, it will become a “Used Fountain Firework,” which you can throw away in the trash can next to Redd’s booth (or keep, if you wish).