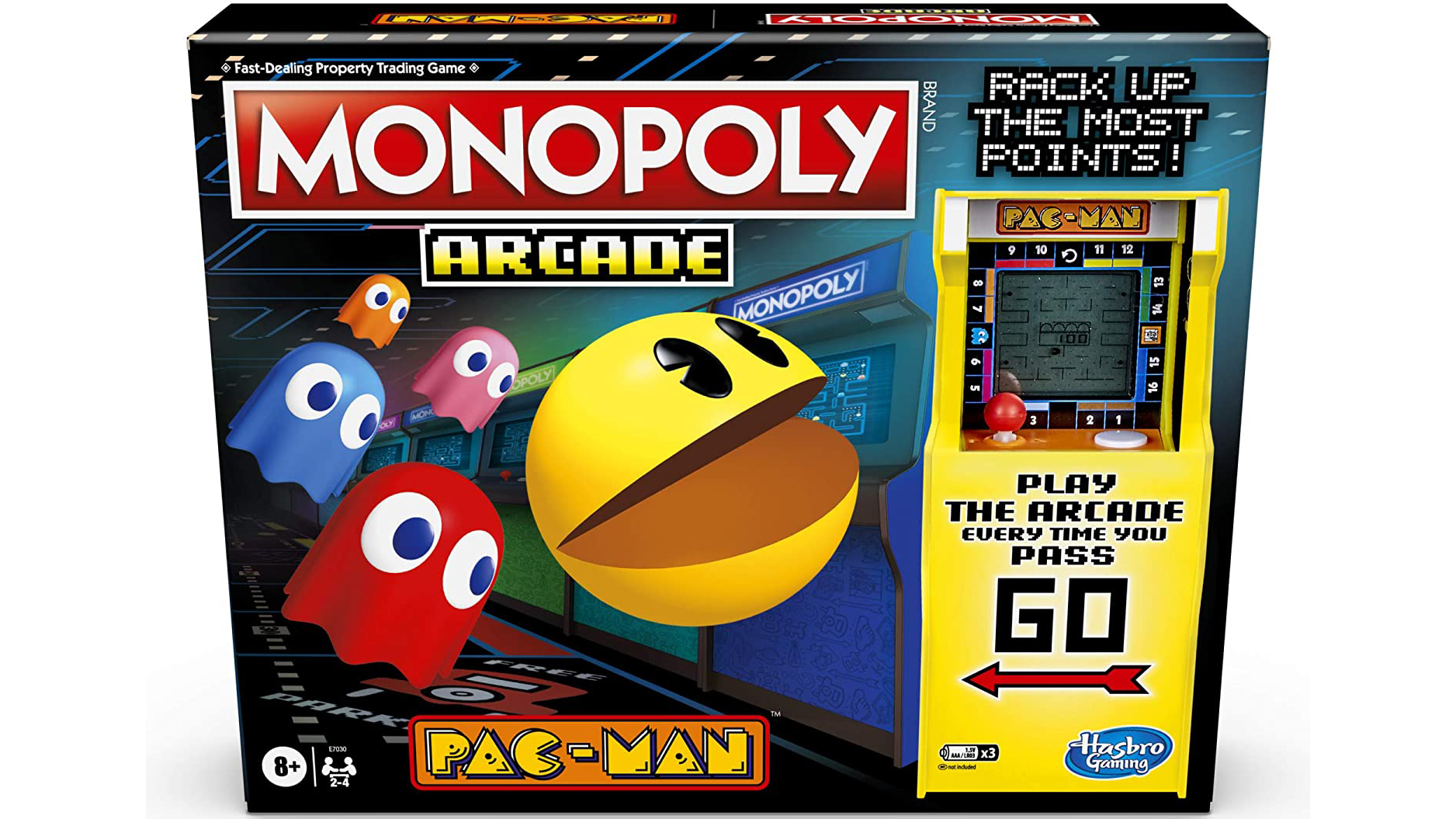 As spotted by GameSpot, Hasbro has created a new version of Monopoly themed after the classic arcade game Pac-Man.

According to the game’s Amazon product listing, in Monopoly Arcade Pac-Man, 2-4 players aged 8+ will compete for points, rather than money, as they make their way around a Pac-Man-themed game board. Monopoly’s traditional properties have been replaced with “levels” from the Pac-Man arcade game, and you’ll earn points by buying these levels.

The game includes a small, electronic arcade cabinet that serves as the game’s bank and score tracker. Each player has their own coin that can be inserted into the cabinet to view their score, pay rent, buy or sell levels, and more. Plus, you can play a mini-game on the arcade cabinet each time you land on or pass “Go,” which allows you to earn more points.

Finally, while all four players will play as Pac-Man (each figure has a different base color), the game also includes a special ghost figure that will be moved around the board on each turn.

Monopoly Arcade Pac-Man is available on Amazon for $29.99.

Is your family excited to try this new version of Monopoly? Let us know on Twitter at @superparenthq.