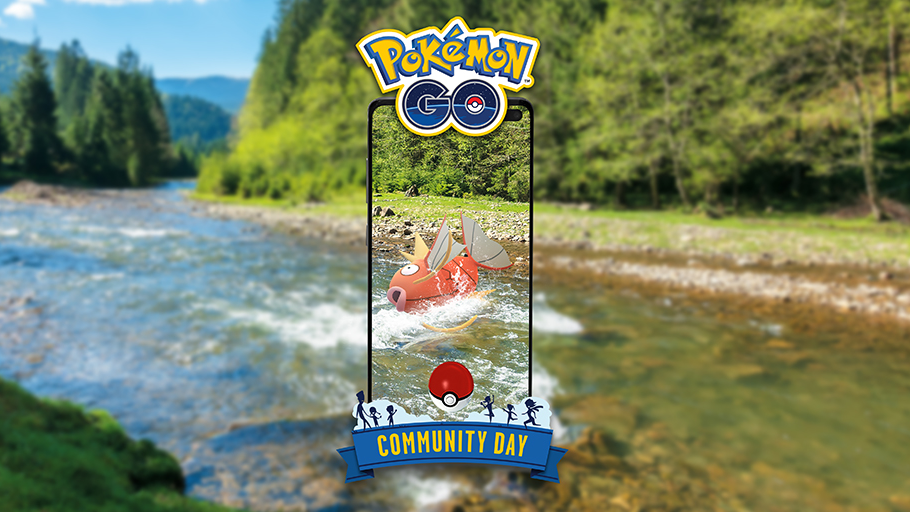 Trainers, get ready to dive into a new Community Day event in Pokemon Go!

On August 8 from 11 a.m. to 5 p.m. local time, Magikarp will appear more often in the wild, and you’ll earn three times the normal amount of Stardust when you capture Pokemon. Incense will also last for three hours when activated during this event.

Magikarp is a Water-type Pokemon from the first Generation of the Pokemon universe. While it isn’t very useful on its own, if you take the time to evolve it, you’re rewarded with a powerful Pokemon: Gyarados.

In Pokemon Go, Magikarp can be evolved into Gyarados using a whopping 400 Magikarp Candy. When you evolve Magikarp during August’s Community Day event (or during the two hours immediately following it), Gyarados will learn the battle move Aqua Tail.

Plus, keep in mind that you’ll have a higher-than-normal chance of encountering Shiny Magikarp during this event. Shiny Gyarados is a beautiful red color, and we’re personally excited about having this increased chance of collecting one.

Finally, you’ll have the option (but not the requirement) to spend real money in two ways during this event. First, you’ll be able to purchase the August Community Day Box from the in-game store. It will contain 30 Ultra Balls, an Elite Charged TM, six Star Pieces, and one Incense.

You’ll also be able to spend $1 to purchase a ticket that will give you access to a Special Research storyline called “Making a Splash.” These tickets aren’t available just yet, but we’ll make sure to let you know when they are.

Are you excited about August's Community Day event? Let us know on Twitter at @superparenthq.