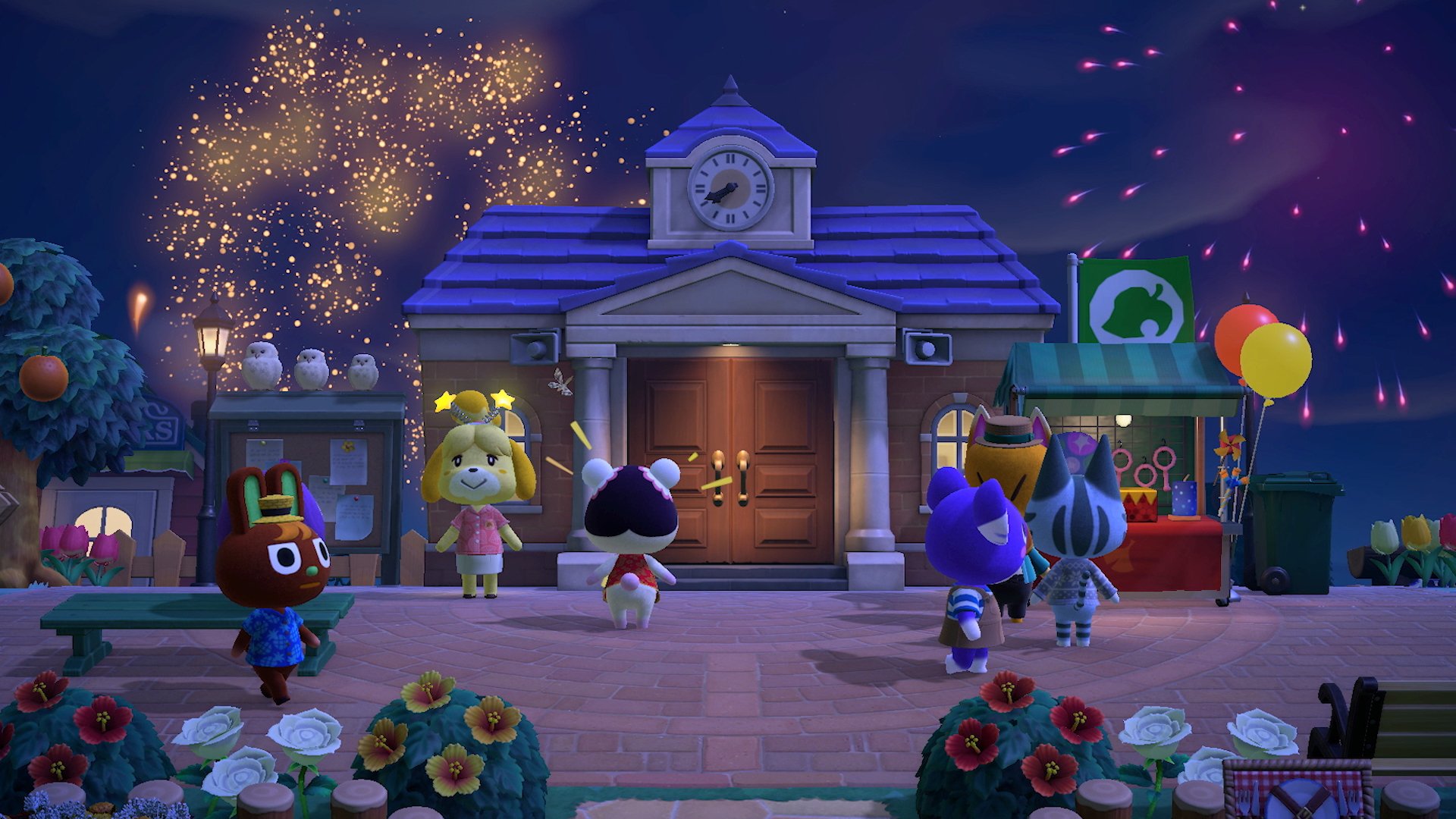 On July 3, Animal Crossing: New Horizons received “Wave 1” of a major Summer Update, which added lots of exciting new features to the game (for instance, swimming, diving, and appearances from Pascal).

Now, on 30, Wave 2 of this massive update will be released, bringing even more summer fun to the life simulation game.

Summer Update - Wave 2 will add two major features to the game: Fireworks Shows and Dreaming. Plus, it will introduce a new way for Nintendo Switch Online members to backup their islands to the cloud.

Here’s what we know about these features so far.

A fireworks show will take place at 7 p.m. each Sunday during the month of August. During these shows, Redd will appear in your island plaza next to a raffle booth. You’ll be able to spend Bells on raffle tickets for a chance to win a variety of prizes, like bubble wands, sparklers, and noisemakers. Plus, you can customize the fireworks display by using your custom design patterns as fireworks.

Once you download this update, you’ll have the option to take a nap in any bed that’s inside your house (you must have a house, rather than a tent). When you do, you’ll have the chance to meet a tapir named Luna, who can help you visit other players’ islands in your dream.

To visit another player’s island, you’ll need their “Dream Address.” Similar to Dodo Codes, players can share Dream Addresses with others to allow them to visit their islands in dreams. When you agree to share your island, Luna will give you a Dream Address that you can share.

With this update, Nintendo said Nintendo Switch Online subscribers will be able to turn on a new “island backup service,” which will automatically upload their island and game save data to the cloud “at certain times.” Then, if they ever lose or damage their Switch system in the future, they’ll be able to recover their island and save data and continue where they left off, rather than starting the game over from scratch.

Plus, in a press release, Nintendo said the ability “to move users and save data to another system is planned for later this year.” With this feature, if you happen to buy another Switch device, you’ll be able to move your New Horizons save data over to the new system, rather than starting the game from the beginning.

Are you excited about this next update for Animal Crossing: New Horizons? Let us know on Twitter at @superparenthq.