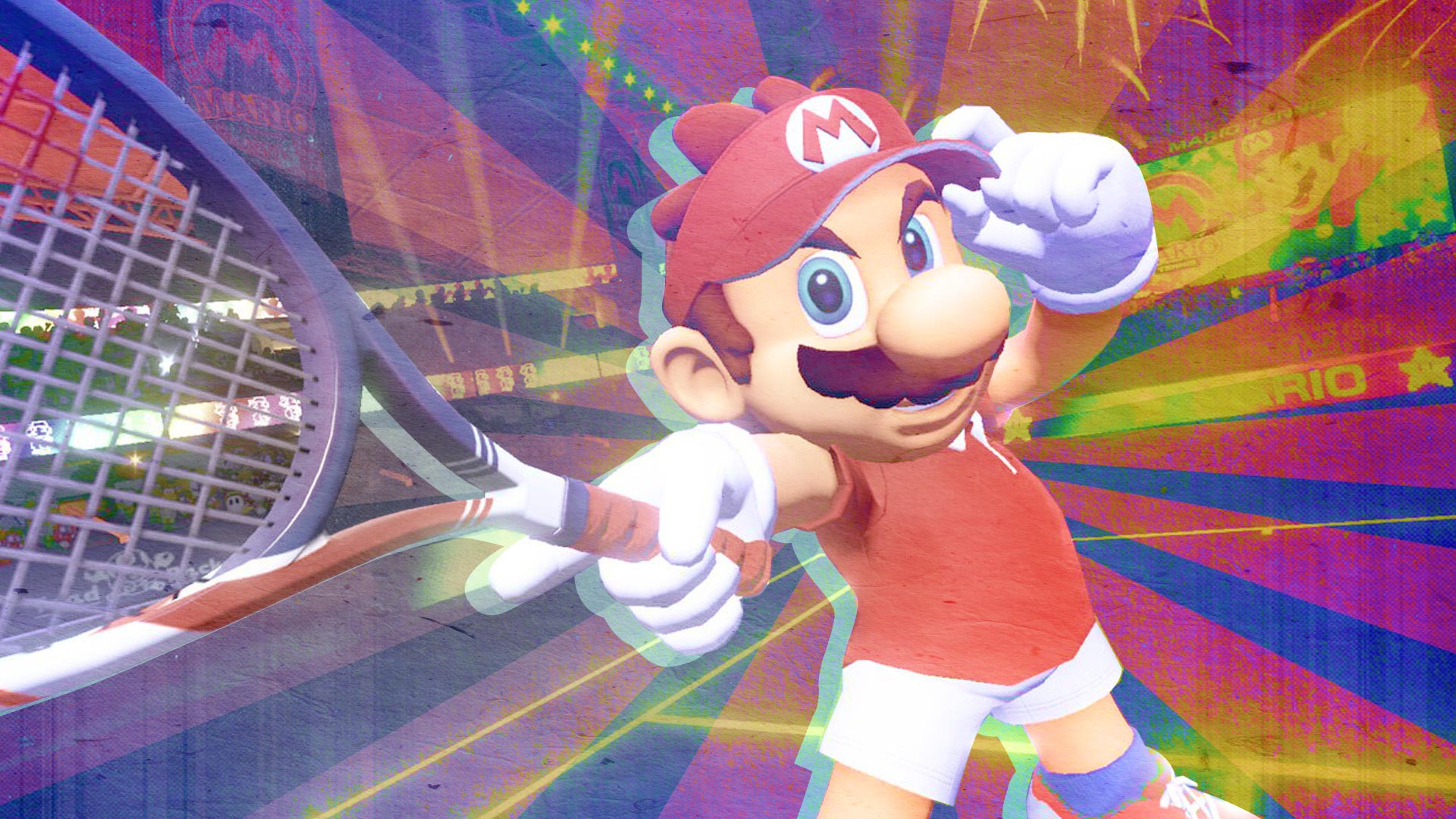 Motion control and sports games go together like peanut butter and chocolate (and jam, for that matter). Since the Wii days, Mario Tennis has been a flagship of Nintendo’s motion enabled sports games, even though the franchise itself has been around since the Gamecube. There’s something so utterly satisfying about swinging your body in response to a game, especially in tennis. So, when Mario Tennis Aces was announced earlier this year during one of the Nintendo Direct livestreams (something Nintendo does periodically to announce games and content), I was thrilled. I adored Mario Tennis on the Wii and Wii U.

Mario Tennis Aces is a very different kind of Mario Tennis game, even though it shares many of the same features of previous titles. Aces features an adventure and story mode for players to get into the meat of the game’s mechanics — learning what makes a good backhand, when to use a lob, how to smash a zone move. Players go through a series of challenges to progress the story that will eventually pit Mario against Lucien, who imbued a godlike tennis racket with evil. This tennis racket corrupted Wario and Waluigi (Mario and Luigi’s evil counterparts) into even scarier versions of themselves.

Aces allows players to also play online and against computers. You can even opt for local multiplayer, too, to play doubles. The three modes — Adventure, Tournament, and Freeplay — all offer different ways to play Aces.

Is it easy to learn?

Sort of. Mario Tennis Aces struggles under the weight of its own complexity, especially in Adventure mode. It teaches valuable skills, but it’s a lot to learn in a short period of time. Using Adventure mode as a primer before ducking into Freeplay is the best way to learn the controls and strategy to win a tennis match in Aces.

If it’s not easy to learn, is it good for little kids?

The only saving grace that Mario Tennis Aces has for small children is Freeplay mode, which allows you to play together and learn the ins and outs of the different kinds of shots while having fun just by yourselves.

What about for older kids? Or parents who want to play when the kids go to bed?

Like Harvest Moon: Light of Hope, Mario Tennis Aces doesn’t offer enough in the way of value to justify its price tag. There are a lot of features that had been in the previous Mario Tennis titles that don’t exist in Aces. Even the rules for sets and matches are different (including how the sets and matches work in tournaments). If you’re looking for a great Mario Tennis game, pick it up on the Wii U. Nintendo isn’t making Wii U consoles anymore, but if yours is collecting dust, pick it back up for Mario Tennis. It’s worth it.

Is it different than Mario Tennis on the Wii U?

Mario Tennis Aces is an absolutely beautiful game — much more so than its predecessor on Wii U. Aces is also lacking some of the core features that made Mario Tennis on the Wii U such an enjoyable game, the most important of which is the ability to play a game of tennis with real tennis rules. Yes, much like the Wii U Mario Tennis game, you can turn off things like Zone moves (where you stand in a star zone and use a special move, which uses up some of your energy), charge shots, and trick shots. But playing a single tennis match isn’t nearly as satisfying with Mario Tennis Aces. And that’s disappointing.

The motion controls in Mario Tennis Aces is fantastic, but it’s not supported in online play. It’s only supported with local play, computer tournaments, adventure mode, and freeplay.

Would you recommend this game for my family?

I do not recommend Mario Tennis Aces for families, even though I found the game to be incredibly charming and engaging. There are too many issues with the game’s composition and its overall complexity that I think that parents will be disappointed by the tears shed and kids will be frustrated by how hard it is to make a trick shot. Instead, keep your eyes on Hyper Sports R from Konami, an upcoming Switch sports game that appears to make great use of the console’s motion controls.

When Mario Tennis Aces goes on sale, it’s an easy yes. But paying full price for Aces is definitely not recommended.