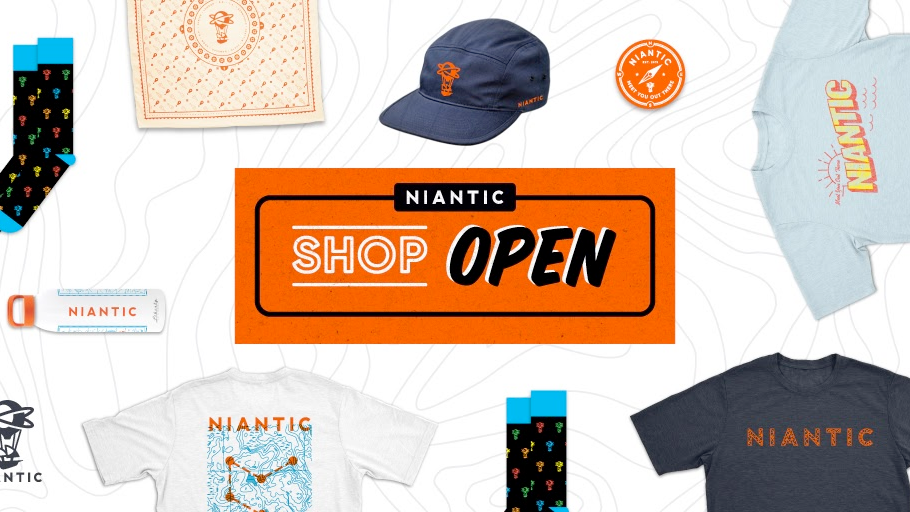 Niantic, the developer of mobile games including Pokemon Go and Ingress, launched its own online store where fans can purchase a variety of merchandise sporting the Niantic logo (a hot air balloon) and name.

Since Niantic’s games encourage players to head outside and explore the real-world, the items in The Niantic Shop match that idea. As of this writing, you can pick up items like a cooling towel, an official Niantic Popsocket, and a power bank that will let you recharge your mobile device without being near an outlet.

A couple of our favorite items are this Liberty Tumbler and this Journey t-shirt. Both have a white, blue, and orange color scheme, as well as cool images of maps.

In a statement, John Hanke, CEO of Niantic, commented on The Niantic Shop:

“After seeing the enthusiastic response to the real-world Niantic shops we had at our live events last summer, we decided to take the next step and launch an online store so that all of our fans could get access to our hand-curated, high-quality gear. With the launch of the Niantic Shop today, fans everywhere can now pick up merchandise that shows their excitement about Niantic games as they adventure out in the world.”

While none of the items that are currently available relate to Niantic’s games themselves, the developer said it has plans to add items related to Ingress at a later date (as well as more Niantic-themed items). You can already find lots of official Pokemon Go merchandise on the Pokemon Center website.