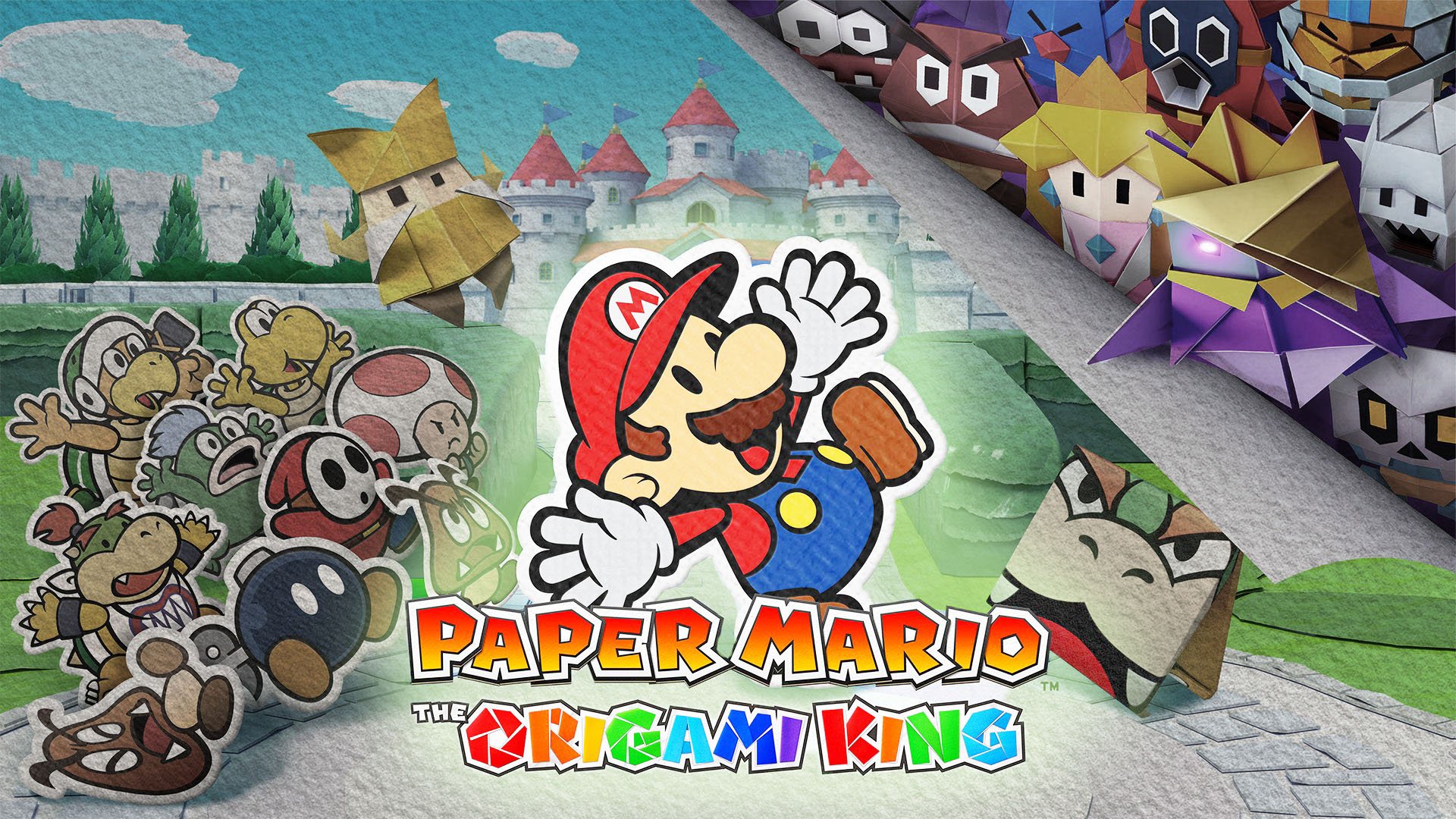 Paper Mario: The Origami King is a family-friendly adventure and role-playing game (RPG) for Nintendo Switch. It’s the latest game in the Paper Mario franchise, which began with the original Paper Mario on Nintendo 64 in 2001 (in North America).

What is Paper Mario: The Origami King about?

The Origami King takes players to a world where everything (including people and animals) is made of paper. The evil King Olly has taken Princess Peach’s castle from Toad Town and wrapped it in five colorful streamers as part of his plan to refold the entire world into origami.

The ends of these streamers have spread out all over the in-game world, so Mario and Olivia (Olly’s sister) will need to work together to find the ends and remove the streamers to foil Olly’s plot.

Paper Mario: The Origami King is a mix between a traditional role-playing game and an action adventure game. That is, it has turn-based battles, which are regularly found in RPGs, but it doesn’t have an experience points system to go along with them.

The game will take you through a variety of beautiful environments, like a flower-covered hillside and a mountain range covered in trees that feature the colors of fall. You can use Mario’s hammer to hit everything in sight, which allows you to do things like open secret pathways, reveal coins, and collect colorful confetti (confetti is used to repair holes in the paper world).

As you make your way through these fun, varied environments, you can find a large number of Toads that have been folded up or turned into origami. While finding Toads is mostly optional, it’s very fun to do. Plus, the more Toads you rescue, the more features you’ll unlock (like access to in-game stores).

King Olly has also scattered his origami minions throughout the world, and you’ll frequently need to battle them in order to make your way forward.

The battle system here is pretty unique. At the beginning of a normal battle, multiple enemies will appear on a series of rings, and you’re asked to move the rings with the goal of lining the enemies up into particular formations (either 2x2 or 4x1) so that you can attack them.

This setup means that battles are actually puzzles, rather than random encounters. That is, there’s at least one possible solution to find on your turn, and you’ll receive a boost to your attack power if you can find one before running out of moves or time. If you don’t find a correct solution, it’s not game over. You simply won’t be able to attack every enemy on your turn.

When you’re ready to attack, you can use Mario’s boots to stomp on enemies’ heads, or use a hammer to give them a good whack. Mario will deal a base amount of damage by default, but you can deal bonus damage by pressing the “A” button at the right time during your attack.

Depending on the enemies you’re facing or the kind of boots/hammer you have equipped, you may need this damage boost in order to eliminate all of your opponents on your first turn. If you don’t, they’ll have a chance to attack. When they do, you can press “A” at the right time to guard and take less damage.

It takes time to master the proper timing for the attack and guard boosts. Depending on the number of enemies left standing at the end of your turn, Mario can take a lot of damage if you don’t successfully “guard.”

Thankfully, the game includes a variety of weapons and accessories that can help you out during battles. You can find items that reduce the amount of damage you take when attacked, increase the amount of time you have at the start of your turn, and more. There’s even a puzzle solving item that will show you where you should put the enemies to solve each puzzle, but not the specific moves to take to get them there.

In addition, the Toads that you rescue while playing will sit on the bleachers and watch your battles, and you can spend coins to have them “cheer” for you on your turn. Cheering has different effects. Toads can heal Mario, move the rings for you, and more.

Finally, you can spend coins to instantly add more time to the clock if you’re struggling to solve a puzzle.

In addition to these standard battles, you’ll also need to defeat bosses at certain points in the story. These boss battles place the boss in the center of the ring formation, and ask you to move the rings to create a path that Mario can take to reach and attack them.

Some of the game’s battle puzzles are legitimately challenging (at least until you unlock the puzzle solver), and boss battles are even moreso. It’s pretty easy to quickly spend hundreds or thousands of coins by asking the Toads for help or by adding more time to the clock.

While we appreciate the uniqueness of the game’s battle system, we’re also not entirely in love with it. Since there’s no experience point system, there’s little incentive to keep battling enemies over and over again. You do receive lots of coins and confetti when you defeat enemies, but the battles still feel repetitive and even unnecessary before too long.

That being said, the game does seem to account for this and lets you skip battles with weaker enemies as you make your way further into the game. That is, at the beginning of the game, you may need to battle every Goomba you see, but eventually, you can just hit them with your hammer and move on.

One of the best things about Paper Mario: The Origami King is its storyline. You’ll meet some charming folks as you explore this paper world, and the story is legitimately laugh-out-loud funny. However, the game’s dialog is only presented through text, rather than voice acting, so players need to know how to read, or play alongside someone who is willing to help them out.

In addition, it's somtimes difficult to determine exactly where you need to go or what you need to do next, but you can ask Olivia for hints that may help you out.

Paper Mario: The Origami King is colorful and charming, it has a genuinely funny storyline, and it’s really fun to play, even if the battle system does eventually become a bit stale.

That being said, the game’s text-based dialog, sometimes challenging battle puzzles, and timing-based attack/guard bonuses mean that younger players may have difficulty making their way through the lengthy experience without assistance.

The Origami King isn’t a perfect game, but if your kids are into role-playing games, we recommend checking it out. If you’re still on the fence, Nintendo has some helpful videos on its YouTube channel that will show you some of the game’s main features in action. You can also check out the first 26 minutes of The Origami King in our First Look video, which is embedded above.

Paper Mario: The Origami King is available on Switch for $59.99. The game is rated E for Everyone by the ESRB.