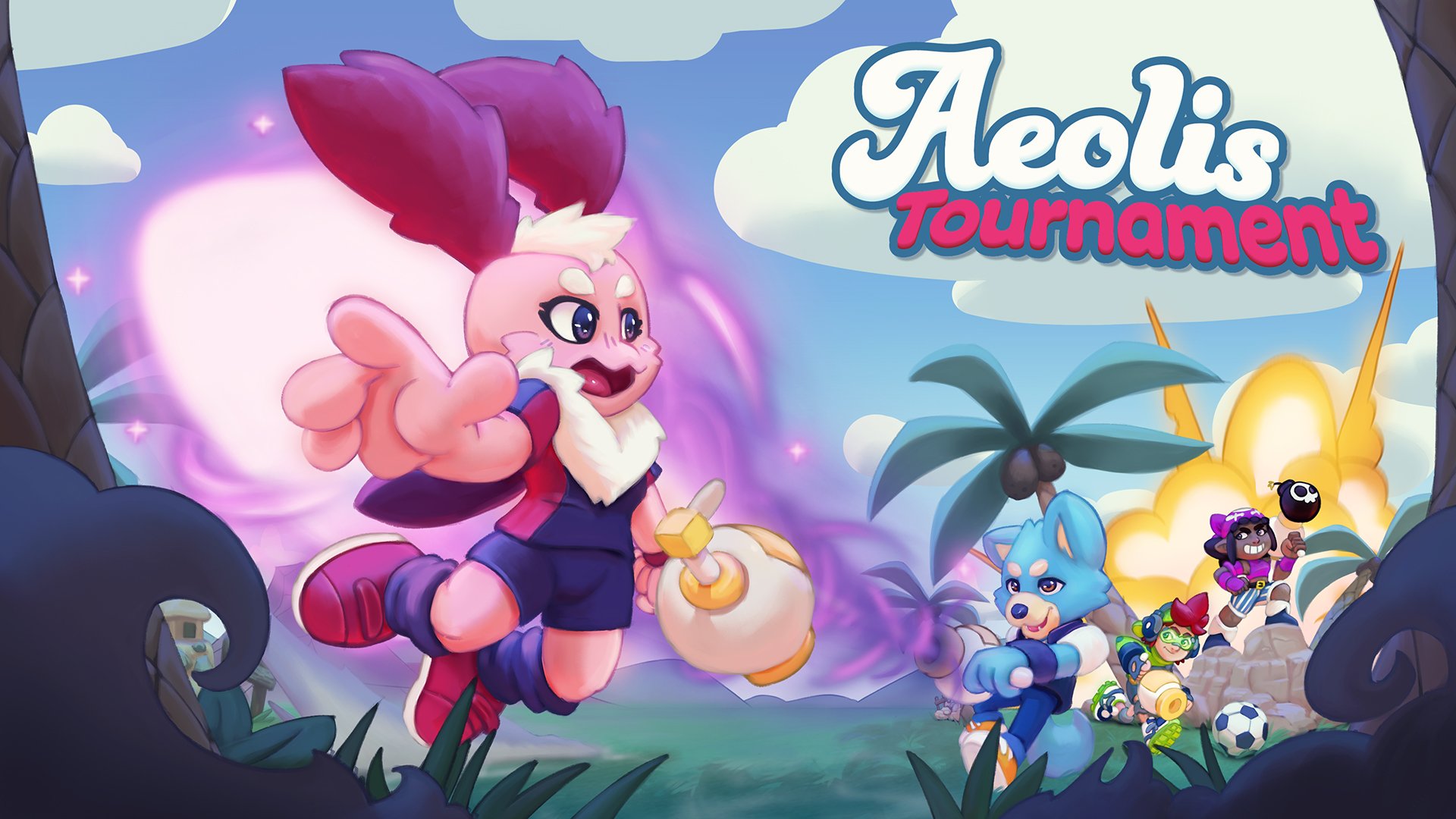 Aeolis Tournament is a party game for up to eight players that allows users to compete against each other and the computer across multiple game modes. The game supports both online and local (in the same room) multiplayer, and you can compete in quick games and tournaments.

Even though the game’s modes have different goals and formats, the same general gameplay mechanic is shared across them all. Each player has a vacuum that they can use to suck in air, which they can then blow back out at their opponents or an item on the playing field. When you press and hold the vacuum button, you’ll suck air in. When you release the button, you’ll release the air as a shot in front of you.

In one mode, you may be challenged to blow your opponents off of an island into the water. In another, you’re playing a chaotic game of “soccer,” where you have to shoot different items (footballs, hockey pucks, beach balls, etc.) into the opposing team’s goal.

While Aeolis Tournament can be played by up to eight real people, you can also practice on your own and simply take on computer-controlled (CPU) opponents. There are multiple playable characters to choose from, which each have different “speed,” “power,” and “weight” stats, so you can practice to find the one that best suits your play style.

You can also customize each game before you begin. For instance, you can decide how long a game lasts, how many CPU players are included, and the difficulty of these CPU opponents.

Aeolis Tournament is now available on Switch and PC for $14.99. The game is rated E for Everyone by the ESRB. There are plans to bring the game to PlayStation 4 and Xbox One in the future.

Check out two of the game’s different modes -- The Perfect Storm and Sportsball -- in our gameplay video below.

Disclosure: Beyond Fun Studio gave SuperParent a code for this game for coverage purposes.